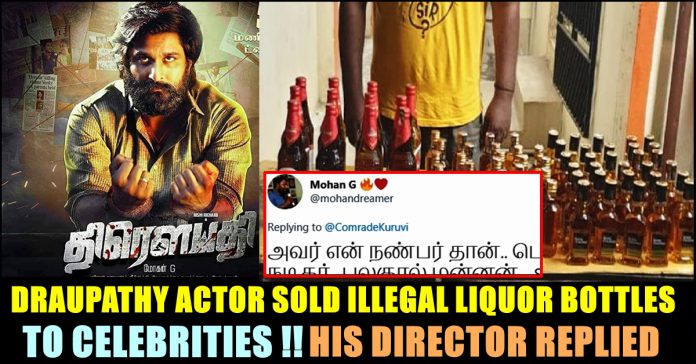 Liquor shops across the state continues to remain closed due to the extension of lockdown which was announced by our honourable Prime minister on 14th of April. One of the most affected people along with entrepreneurs, daily wagers and business men are alcohol addicts. They are finding several ways to get boozed.

Reports regarding the suicides of people kept emerging in Kerala and Tamilnadu since the lockdown announcement. Due to the suggestion of doctors, Government decided to sell liquors in their state to save lives. But in tamilnadu, liquors are being sold illegally. To steal alcohol bottles, Tasmacs got broken by few alcohol addicts in Tamilnadu. Police officers have found that Tasmac workers are also involved in such criminal activities.

Recently, a report on people dying while experimenting to produce alternative alcohol in their houses also surfaced. Police officers started taking severe actions against people who are producing illegal liquors and selling it to public. Recently, Join commissioner Maheshwari got to know about illegal liquor selling in South Chennai through a secret source. In a way of responding to it, a special team led by Sub-Inspector Balakrishnan was involved in a serious search.

In that house, 30 year old Rizwan who tried to escape, caught to police officers red handedly. Police officers confisticared 57 Quarter bottles, 12 beer bottles and Rs.2300 from him. It is notable that he acted in the recently released film “Draupathy” in a character role.

Police officers arrested two more people associated to film industry after investigating Rizwan. One of them is Pradeep (31), working as a manager in a popular movie production house and the other one is Devaraj (41), his car driver. In Devaraj’s car, Police officers found 189 quarter bottles and Rs. 20,000.

Rizwan, Pradeep, Devaraj got produced in court by police officers and sent to jail. Meanwhile many twitter users are question Director Mohan G regarding the same, to which the director replied by saying “He is my friend, mimicry artist and former video jockey in sun music. He is going to get punished for what he did. This is unexpected” he said in a tweet.

Mohan G, director of Tamil film industry came up with a solution to stop people like "Karuppar Kootam" from making such derogatory videos in...

Followed by the outrage he received for personally attacking actor Ajith based on dancing abilities and looks, Blue Satta Maaran has been attacking RK...