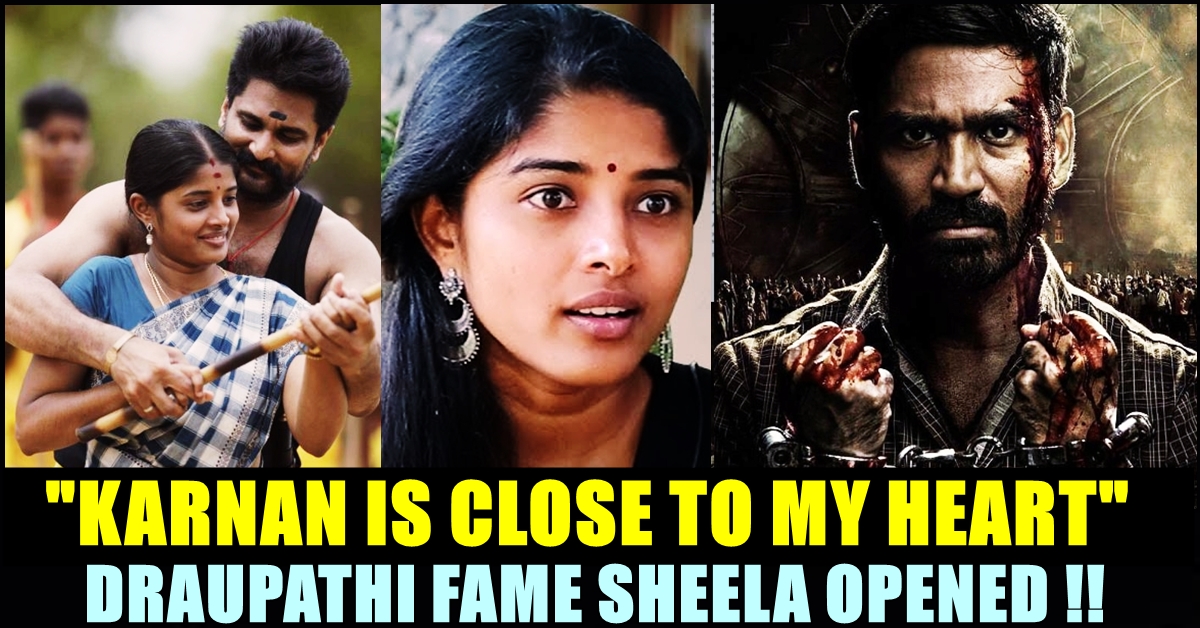 Actress Sheela Rajkumar who appeared in the critically acclaimed “Kumbalangi Nights”, “Tolet”, “Mandela”, in her interaction with a private youtube channel has stated her opinion about the recently released “Karnan” directed by Maari Selvaraj. She said that the film became close to her heart and the lauded the filmmaker by saying that he talked about the pain of the oppressed people clearly through his film. She also talked about the controversial film “Draupathi” in which she played heroine.

“I don’t know about politics and I never involved myself in talking about politics” said Sheela while answering to a question on one of her films “Draupathi” being a film against a particular caste and a political personality.

“When I listened to the story, it sounded like a film based on a revenge of a character named “Draupathy” for what happened to her sister. I liked the core of the plot and that’s the only reason behind me doing the film.” said Sheela and added that she always wanted to do various kind of roles in her acting career.

Sheela felt that films like “To let”, “Kumbalangi nights” gave her an image of a silent, emotional girl and wanted to change the perception of the audience by doing different kind of roles. “When I was waiting to do a character of a bold woman, I got the opportunity of acting in Draupathi. I did what my director asked me to do” Sheela said and went on to add that she came to known about the controversy only during the promotions.

“After the film’s completion, when the director started doing promotion for the film, I came to know about the controversy” Sheela said. “I see everything as a learning process and I am not here to give any conclusion” she further said.

“After the film’s completion, when the director started doing promotion for the film, I came to know about the controversy” Sheela said. “I see everything as a learning process and I am not here to give any conclusion” she further said.

Talking about “Karnan”, Sheela said “I watched “Karnan” recently and the film became close to my heart. They (makers ok Karnan) has talked about the problems clearly. Their pain and sufferings were portrayed in a comprehensive way” she said.

Karnan’s plot revolves around a fearless youngster fighting against the influential people who are oppressing the villagers. The period film which is set in the suburbs of Tirunelveli district, talks about the struggles faced by the people who belong to a small village named “Podiyankulam”.

Anniyan Producer’s Emotional Letter To Shankar After The Remake Announcement !!
Director Shankar Replied To The Accusation Of “Aascar” Ravichandran !!