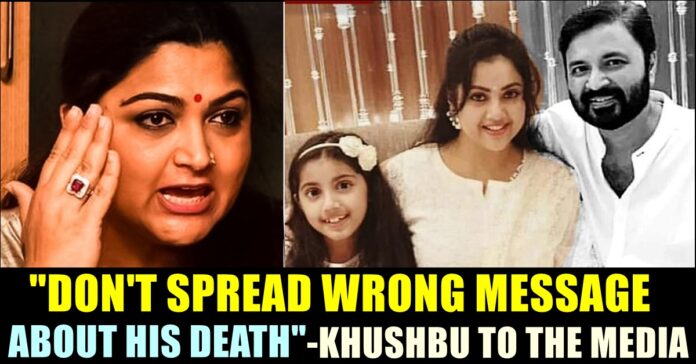 Actress Khushbu requested media portals to be little responsible by not sending the wrong message about the demise of Vidya Sagar, actress Meena’s husband. The actress who shared screen space with Meena in the recently released “Annatthe”, said that Sagar infecting with COVID 19 virus three months ago is true but spreading false news by saying that the loss of Sagar caused by COVID 19 is disheartening. Khushbu further said that being cautious about COVID 19 virus is important but requested them not to change Sagar’s cause of death. 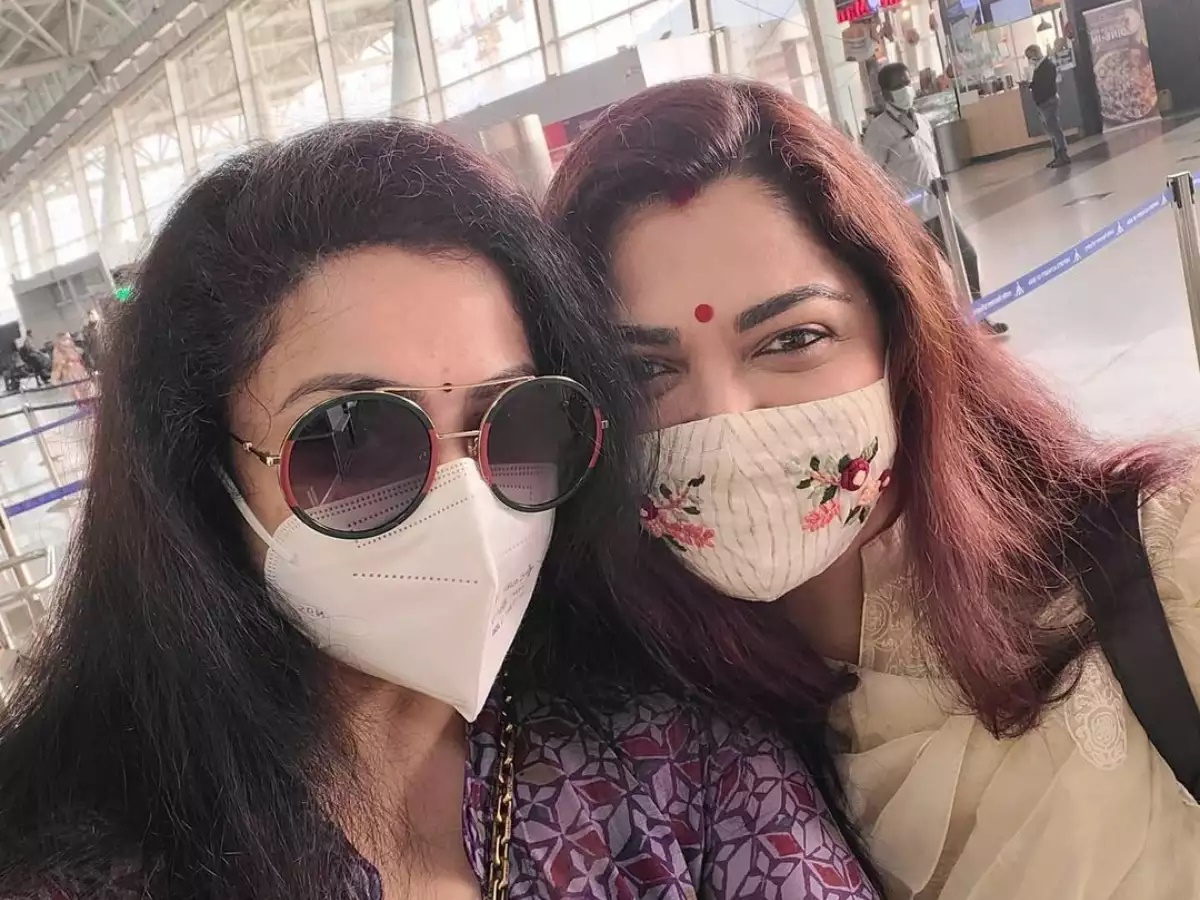 Meena married Vidyasagar, a Bangalore-based software engineer, on 12 July 2009 at Arya Vysya Samaj Kalyana Mandapam. The couple later visited Tirumala Venkateswara Temple, Andhra Pradesh. The couple has a daughter, Nainika Vidyasagar who made her acting debut at the age of 5 in Theri alongside actor Vijay. Now, the report about the demise of the actress’s husband has sent shock waves to the fans and the people of film industry. It is notable that the entire family of the actress infected with COVID 9 virus earlier this year.

“He already got infected with the lungs. The condition Vidhayasagar suffering was serious that it could require the transplant of both the lungs. The disease causes by breathing the air that consists the spittle of pigeons. Many pigeons are being grown near his house located in Bangalore which could have caused him breathing problem” a close source to the actress said, according to Ananda Vikatan. 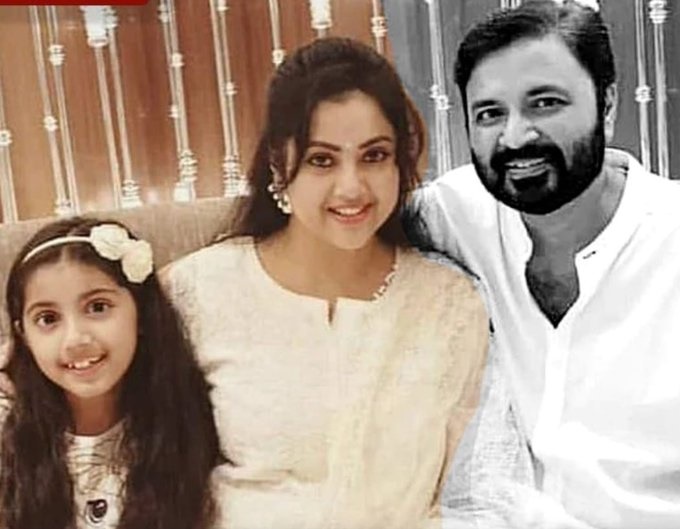 “It would usually take more time to get lungs from those who are brain dead. While waiting, Doctors tried to cure him without operation. But he didn’t respond to the treatment and his health got worsen day by day as a result of which he died today” the source said, according to Anandha Vikatan. While Vidhyasagar was getting treatment, former Medical department secretary Radhakrishnan visited the hospital and was monitoring the treatments provided to him, said the report.

In the meantime, many media portals started making reports saying that Vidya Sagar died of COVID 19 virus. Referring to such reports, actress Khushbu came up with a post in her official twitter handle, requesting media portals to be little more responsible. “I very humbly request the media to be little responsible. Meena’s husband had covid 3 months back. Covid worsened his lung condition. Pls do not send out a wrong message & create any kind of fear or cause flutter by saying we lost Sagar to covid. Yes we need to cautious, but pls” Khushbu said through her post.

I very humbly request the media to be little responsible. Meena’s husband had covid 3 months back. Covid worsened his lung condition. Pls do not send out a wrong message & create any kind of fear or cause flutter by saying we lost Sagar to covid. Yes we need to cautious, but pls.

Debuted as a child artist in the Tamil film Nenjangal in 1982, has later appeared in films produced by various regional industries. Meena has been a Superstar for over three decades after pairing up with many big stars In South India such as Rajinikanth, Kamal Haasan, Mohan lal, Mammooty etc.

On 5th of January this year, the actress uploaded a post in her official Instagram handle saying “First visitor to my home in 2022, Mr Corona. It liked my entire family. But I’m not letting it stay 😊 Beware people. Please stay safe and healthy. Be responsible and don’t let it spread. Keep us in your prayers 🙏 #stayhome #beresponsible #dontspread #weareinthistogether #letsfightcoronatogether #wearestrongertogether”