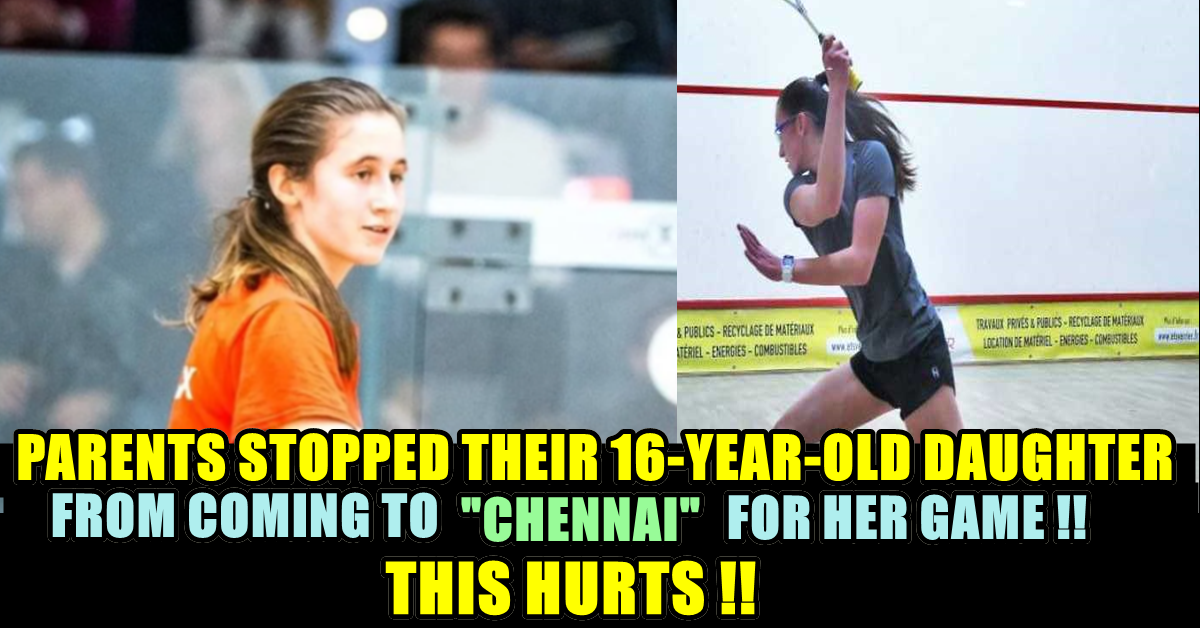 The Switzerland team competing in the World Junior Squash Championships has arrived in Chennai without their top player Ambre Allinckx, 16, after her family raised concerns regarding her safety in India, The New Indian Express reported.

“Ambre Allinckx couldn’t make it because her parents did not want her to make the trip,” Swiss coach Pascal Bhurin was quoted as saying by the newspaper. “They have been reading reports on the internet about how unsafe India is for women and didn’t want to take the risk of sending their daughter over. However, we have not experienced any disturbance so far.” The report further said that teams from USA, Iran and Australia have also raised safety concerns. Some teams have advised their players to dress conservatively in a bid to keep a low profile, the report added. Earlier this week, 17 men were arrested for raping an 11-year-old girl in Chennai.

In response to the report, the World Squash Federation’s chief executive Andrew Shelley said that the “views and choice of every parent must be fully respected”. He added, “However, there are over 250 players and officials from 28 countries, including a full squad from Switzerland. Like the WSF, they all have complete confidence with the security arrangements made by Tamil Nadu Squash Rackets Association at the Championship Hotel and playing venues to ensure the safety of the players at this event.” Other teams express similar concerns. “We heard about such issues. So I prefer that my daughter stays with the team always,” said Amir, father of Iranian player Niki. “Her safety is the primary concern. It’s also because she isn’t familiar with the country or the language.”

Even the Australian team is taking precautions. “We always have somebody with us. When I travel to other countries like New Zealand, I go out and feel alright. Out here, we always have a guy with us,” said Australian player Alex Haydon. This is not the first instance that sportspersons have withdrawn from competitions in India fearing hostile conditions. In 2009, England had pulled out of the World Badminton Championship because of terror threats. However, this is the first instance where fear of sexual harassment is being cited as a reason for withdrawal.
Continue Reading
Advertisement
Related Topics: