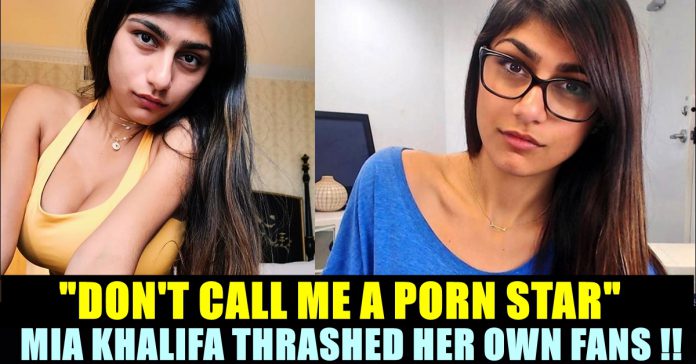 “I Do Tik Tok Too”- Mia Khalifa’s Emotional Message !!

Mia Khalifa, a popular face among the youngsters across the world, is currently boasting her six packs through her Instagram account in which she enjoys more than 2 crores followers. She who is known for working in the pornagraphic industry for a long time, left it after finding herself in a controversy for performing sexual acts wearing the Islamic hijab in a video. After leaving that career, Mia transformed into a social media personality and webcam model. She is also doing sports commentary.

Kobe has an Oscar still he’s known as a basketball player.Jayz is a business man still known as a rapper.People will remember you by what made you famous.Stop looking for excuses and embrace, you wasent forced into it. You were also old enough to know better.

You’re known for one thing, you used that fame to do the things you just listed. Seems pretty straight forward.

Comment your views on these reactions Mia is receiving !!

Previous article“Your Boyfriend Was A DJ In A Pub” -Follower On Yashika’s Post !!
Next article“I Waited 18 Days To Act In That One Scene With Vadivelu” – Benjamin !!