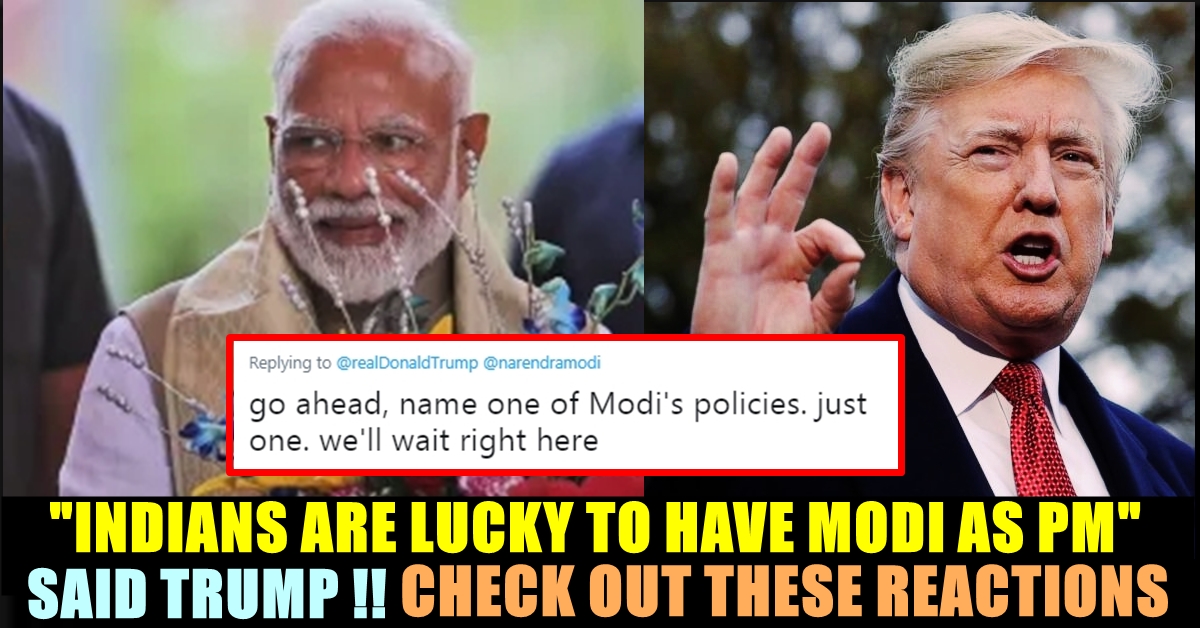 US president Donald Trump said Friday the people of India “are lucky to have” Prime Minister Narendra Modi, whom he went on to describe as a “great man and leader”.

Trump wrote on Twitter, “Just spoke to Prime Minister @NarendraModi where I congratulated him on his big political victory. He is a great man and leader for the people of India – they are lucky to have him!”.

Just spoke to Prime Minister @NarendraModi where I congratulated him on his big political victory. He is a great man and leader for the people of India – they are lucky to have him!

On Thursday, the US president had joined other world leaders to congratulate the Indian leader, with a post on Twitter. Vice-President Mike Pence, Secretary of State Mike Pompeo and the president’s daughter and adviser Ivanka Trump followed with their own congratulatory tweets.

However there were many kind of reactions from various people took place in the comment section of Trump’s tweet. Most of them were posted in a manner of trolling Trump for his unawareness about Modi. Check out some of them here :

watching Trump try to bluff his way through international politics is like watching an infant play with a live hand grenade. you just pray it doesn’t end up in tradedy

Thank you once again Mr. President.
Our prime minister is really good nd we feel proud to have him.
You too doing well as president nd nice human being.
Just request to you to do something about H-1B visa please.

go ahead, name one of Modi’s policies. just one. we’ll wait right here

Unfortunately Modi will not be able to congratulate you the same.😭😭

Do u need amit shah for your election campaign

It’s same as, America is lucky to have you.

Neither US ppl are lucky nor the Indian ppl…😑

But Tamilnadu, a part of India s not lucky to have him

Prime Minister Narendra Modi will meet US President Donald Trump on the sidelines of the G-20 meeting in the Japanese city of Osaka next month, a statement from the government said on Friday. 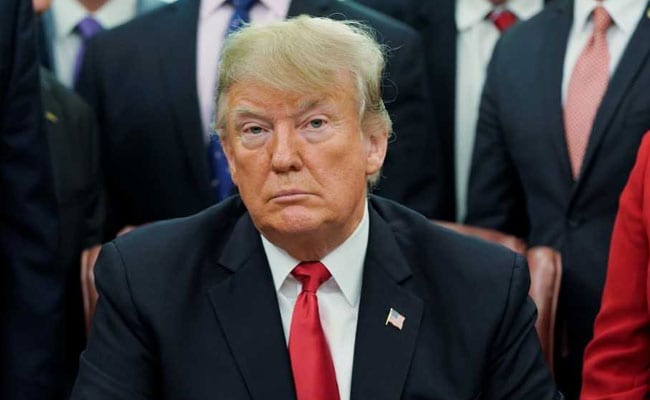 “The leaders look forward to seeing one another at the G-20 Summit in Osaka, where the US, India, and Japan will hold a trilateral meeting to pursue their shared vision for a free and open Indo-Pacific,” the White House said.