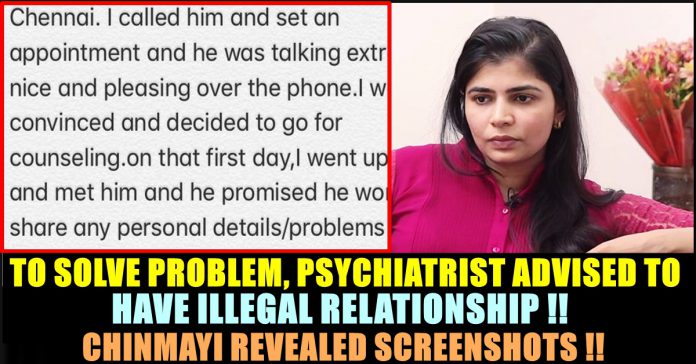 Through MeToo movement, women made their voice heard. They confronted their abusers, made history and broke records. However, as always, there is still more work to be done.

Despite the long struggle for equality, despite the many valuable achievements, women still face many challenges and problems every day. It doesn’t refer only to one country, those issues exist even in the most developed societies. Although rights for women have come a long way over the past few decades, there are still many issues women face today. There are many women around the world who are subject to oppression, gender inequality, gender stereotypes, and many more problems and challenges.

The Me Too movement in India is a manifestation of the international Me Too movement that is currently taking place in parts of Indian society including government, media, and film industry. Being one of the main face of Me Too movement in South India, Chinmayi Sripaada, has now come up with a shocking screenshots of a complaint of a woman against a psychiatrist.

The woman who went to him for treatment, dejected after hearing about the solution the doctor tried to provide. According to the screenshot, The psychiatrist asked the woman to divorce her husband or to have illegal relationship to lead a happy life. He also suggested this solution to few other women and told that they are leading a happy life now.

The incident happened a year back and the victim reported it to Chinmayi. Chinmayi’s caption for this tweet read as “Any Psychiatrists, Mental Health Professionals, Doctors on my timeline…could you please advice if this is acceptable professional behaviour? Where can a patient report this?” 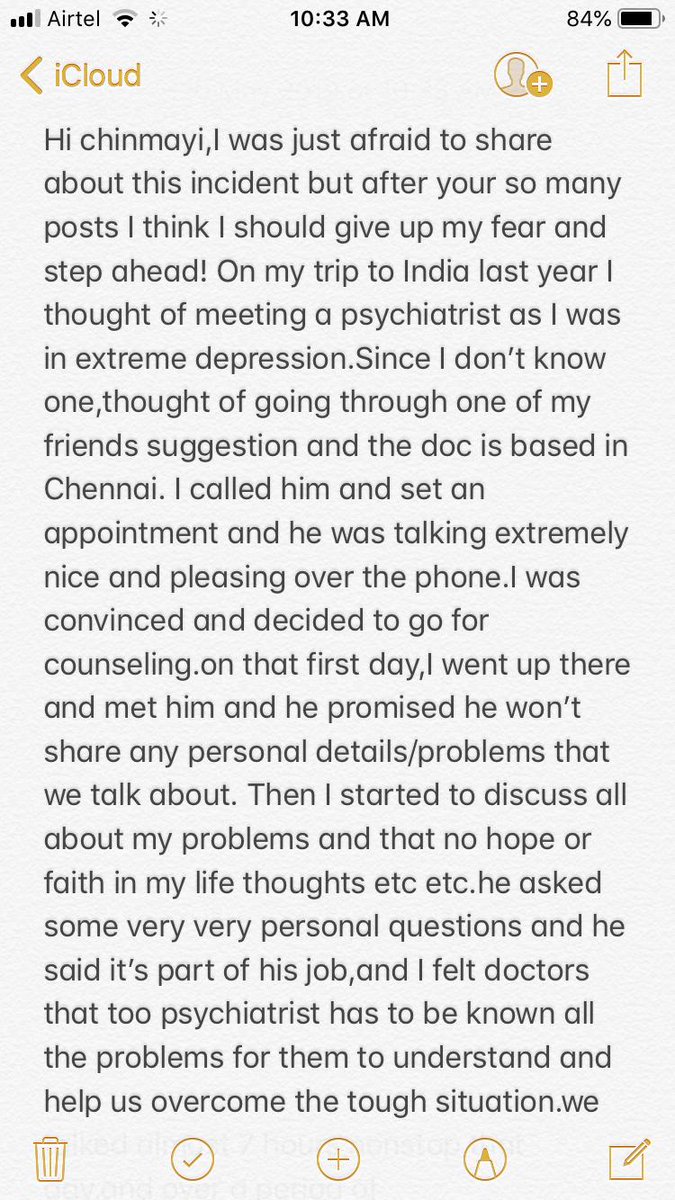 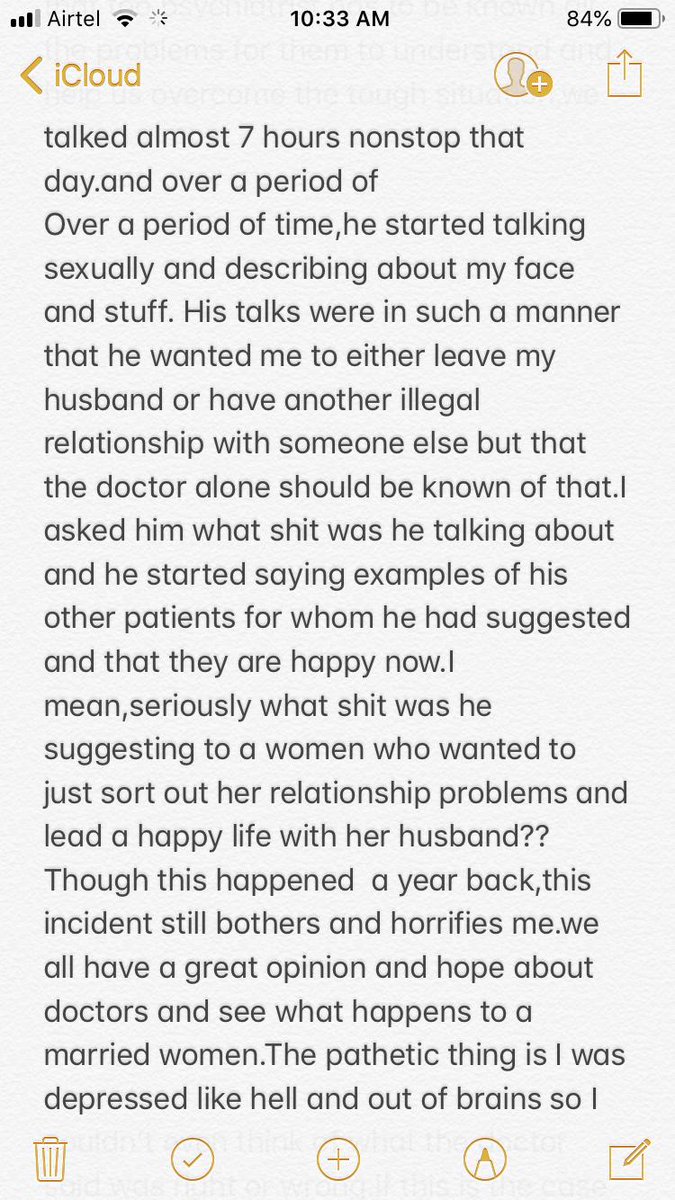 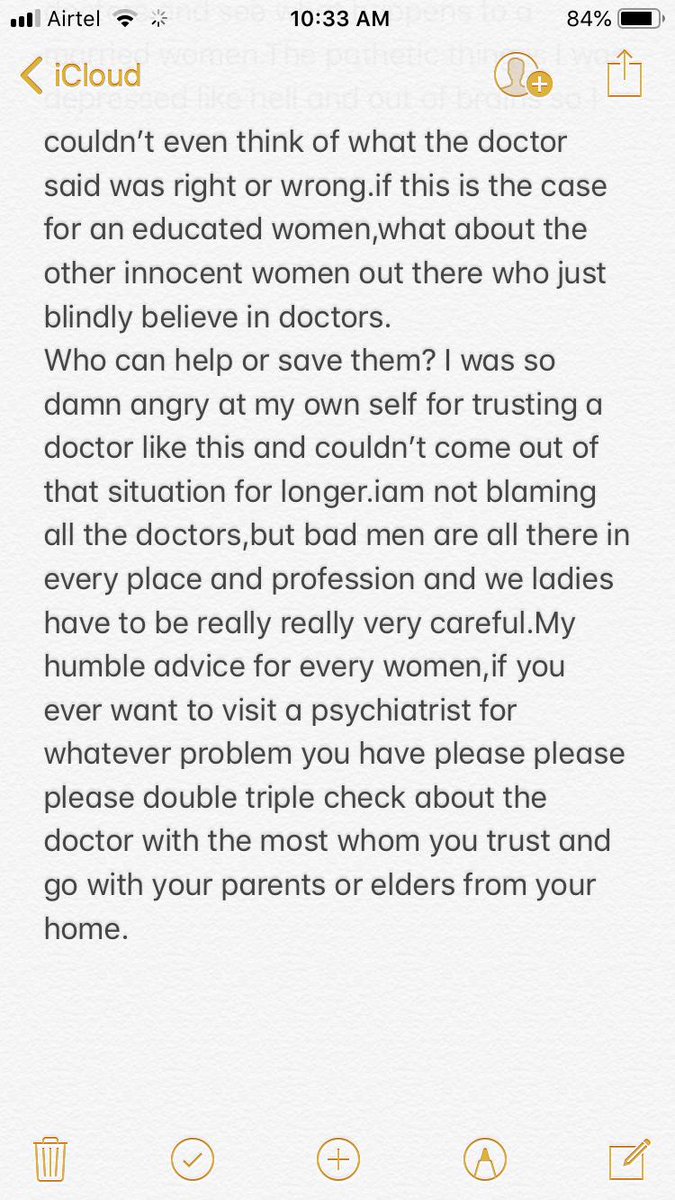 Any Psychiatrists, Mental Health Professionals, Doctors on my timeline…could you please advice if this is acceptable professional behaviour?
Where can a patient report this? pic.twitter.com/DtBHMD0tFy

Chinmayi also reported about an incident of sexual abuse in 29c bus. Those text messages that were sent to Chinmayi suggests an older man physically abused a woman in the crowded bus. Before trying to get out of the bus, she was abused again by a man and the conductor did not care to help her. It is extremely heartbreaking to witness such incidents and it constantly proves that the state is getting unsafe for women day by day. What do you think could be the appropriate solution ?? Comment your views below !!

Ajith starrer Nerkonda Parvai released yesterday and receiving positive reviews from all the directions of social media. Ajith kumar was highly appreciated by his...

After actress Anaika Soti of "Kaaviyathalaivan" fame came up with a question asking her followers to reveal their "deepest darkest secrets", she happened to...