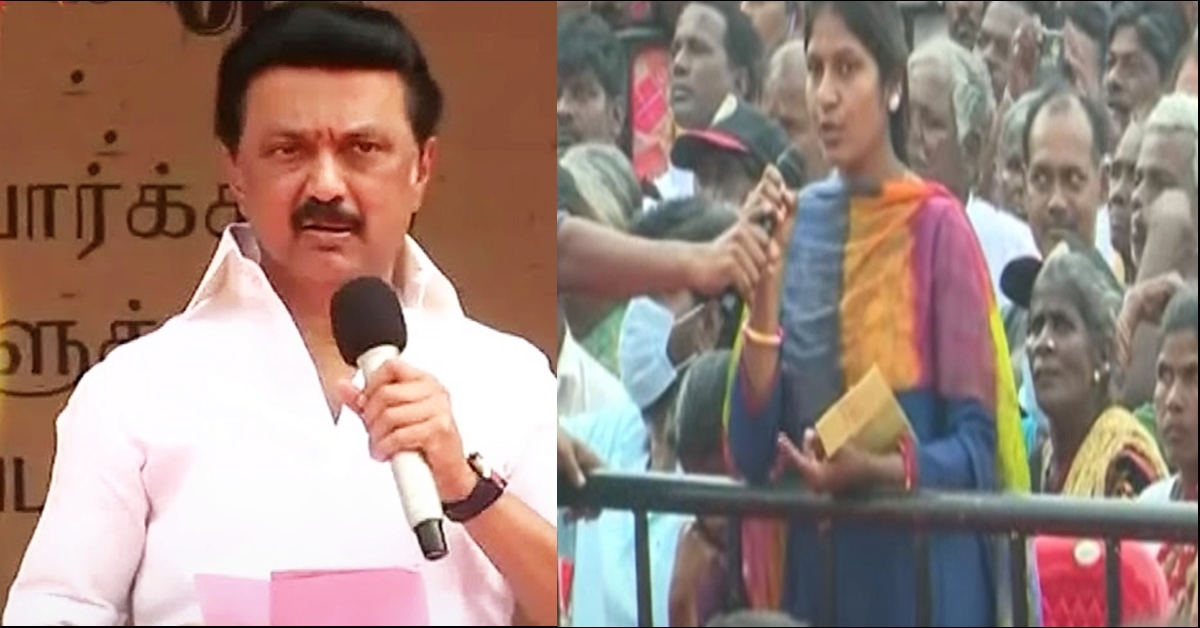 During Stalin’s “Ungal Thoguthiyil Stalin” (Stalin in your constituency) campaign in Sevoor of Thiruvannamalai, a woman named as Ezhilarasi alleged that she didn’t get the relief amount that was promised to her by Tamil nadu government for the demise of her mother who died of an accident caused by a cylinder.

Now, it has been revealed that Ezhilarasi has made a false allegation and the proofs of the payment of relief amount has emerged in the Internet which has reportedly brought DMK’s false campaign to the light.

When Stalin conducted a campaign in Aarani of Thiruvannamalai, a woman named as Ezhilarasi said that she lost her mother Chandra in a cylinder accident that took place nearby. She also said that Tamil nadu government has announced a relief amount for that loss and failed to provide it till now.

It is also revealed that Ezhilarasi has accepted and signed a document which required her consent to receive money in the bank account of her brother Muthukumaran. Three daughters of deceased Chandra and her son Muthukumaran has signed in the document which is doing rounds in the Internet as one more proof.

Here’s the document signed by Ezhilarasi and her siblings :

It is not known whether Ezhilarasi lied after receiving the relief amount or the party members of DMK influenced her to do it. However, it has been exposed that DMK is involved in making false allegations in the name of political party campaign. The incident has also proved that DMK party is using innocent people to accuse the ruling government.

Mia Khalifa’s Heart Winning Reply To A Girl Who Wished For A Physique Similar To Her !!
JUST IN : Court Issued Non-Bailable Warrant For Director Shankar !!