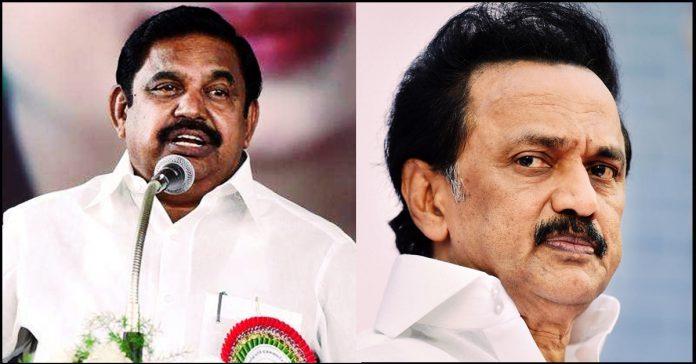 During his campaign at Veerapandi of Salem, Chief minister Edappadi K Pazhaniswamy has said that the alliance of AIADMK party is the stronger one and pointed out DMK’s decision of having alliance with the BJP party for the parliamentary election that took place in the year 1999. The chief minister of the state said that he chose to have an alliance with BJP party to have a compatible relationship with the centre to do good for the state.

With just two days to go for the Tamil nadu assembly elections, political parties of the state are busy campaigning for their respective parties digitally and by conducting meetings, campaigns and rallies. Advertisement videos from all the prominent political parties are being played in Television channels in a constant manner. Chief minister Edappadi K Pazhaniswamy who has been travelling across the state to campaign for his party, answered to the allegation of DMK leader on having an alliance with the BJP party.

“Our alliance is a stronger one. It was constructed for the well being of the nation. In our, we have our country’s Prime minister Narendra Modi in our alliance, respectable Doctor Ramdoss, former minister G.K Vaasan and many other members from various other political parties have joined together to set a grand alliance which is also going to clinch the victory” said Chief minister during his speech.

“The alliance made by DMK is opportunistic. They would change their alliance every now and then. The same DMK party had an alliance with the BJP party in 1999 for the parliament election. Now, while we are having an alliance with them, they are finding flaws in us. Isn’t it shows their hypocrisy ??” asked the CM.

“In all the meetings, the accusation they are making against me is that I am acting as a slave to the BJP party. We are not such people. To do good for the people of Tamil nadu, we are maintaining a compatible relationship between the centre and the state” he added.

Previous articleVijay & Ajith’s Director Slammed People Who Trolled Rajinikanth After He Got The Award !!
Next articleCM EPS Thanked A Vijay Fan During His Campaign !! WATCH VIDEO

Chennai No More A Safe Place For Women? 24 Yr Old Hacked To Death In Nungambakkam

A female Infosys employee was brutally hacked to death at the Nungambakkam railway station in Chennai on Friday morning at around 6 am when she was waiting to...