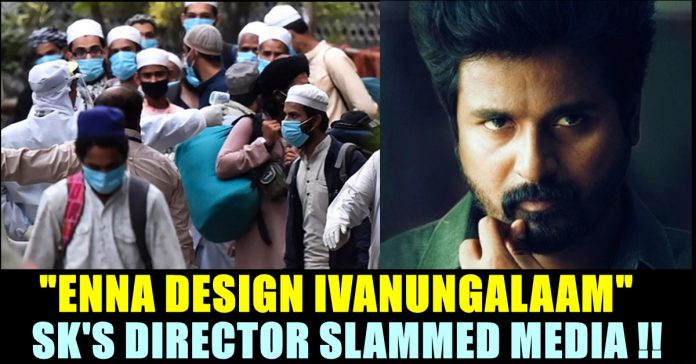 On 31st of March, government confirmed 57 cases of Coronavirus which terrorized the entire state. With this increase, State Health secretary Beela Rajesh confirmed that total positive cases in Tamilnadu jumped to 124 cases. “Out of the 50 new cases,45 Pts have travel history to Delhi. They are admitted in Kanyakumari (5), Tirunelveli (23), Chennai (4) and Namakkal (18) hospitals. Pts are isolated for treatment and are stable.” wrote Health Minister Vijaya Bhaskar in his tweet.

#UPDATE: Out of the 50 new cases,45 Pts have travel history to Delhi. They are admitted in Kanyakumari (5), Tirunelveli (23), Chennai (4) and Namakkal (18) hospitals. Pts are isolated for treatment and are stable. @MoHFW_INDIA #COVID19outbreak #Vijayabaskar

The sudden increase in number of cases in Tamilnadu is linked to the Tablighi Jamaat event in Delhi’s Nizamuddin is what the government is saying. Out of the 57 new cases, 50 of the affected patients are directly linked to the Nizamuddin event with a travel history to Delhi. Reports suggests that out of 1500 people who attended the event, 1130 people returned and the rest of them stayed there.

“Out of 1130 people who came back from the event, we have identified 515 people across several districts. Out of these 515 people, 50 people tested positive for Coronavirus.” said state health secretary who further added that the tracing of the Tablighi Jamaat event attendees is going on.

“Many of their mobile numbers are either switched off or unavailable. We are requesting the people who attended the meeting in Delhi to please come forward and declare yourself so that we can help you and your family.” Bheela Rajesh.

As soon as the statement of the officials surfaced, many people started blaming a particular religion for spreading Coronavirus across the state. A news channel allegedly conducted a debate regarding the same it seems. Director P.S Mithran who directed socially responsible films such as Irumbithirai and Hero slammed the news channel for using this situation to sell their show.

“We got angry on seeing shop owners selling sanitizers for excessive rate. Today morning a news channel is trying to convert this COVID 19 against a particular religion through their preach. I don’t know what kind of design these people are. When the whole world attempts to Unite and fight against a common enemy here we are still trying to divide! Shame & Disgrace!” he said in his tweet.

When the whole world attempts to Unite and fight against a common enemy here we are still trying to divide!
Shame & Disgrace!#COVID19

Director Rathnakumar who is known for directing films like Meyaadha Maan and Aadai wrote “World’s worst Man made Catastrophic failure is God.”

Comment your views on these tweets of PS Mithran and Rathnakumar !!

On 4th of April, Maharashtra government announced a weekend lockdown and restrictions on the movement of people in view of the alarming rise in...