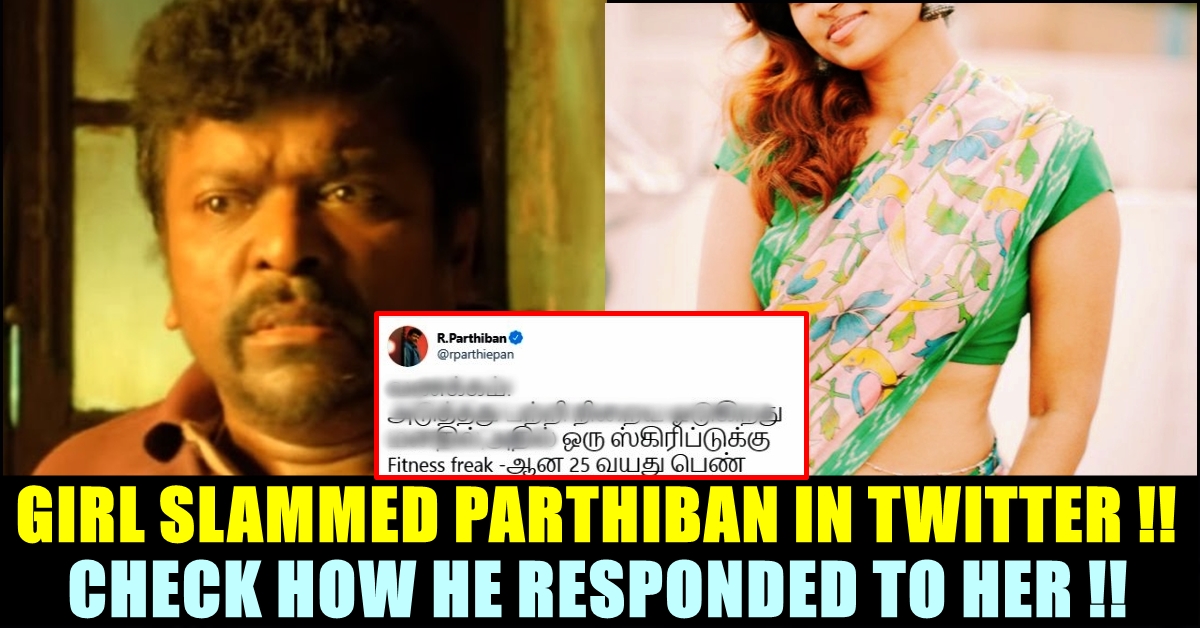 Radhakrishnan Parthiban is one of the most experimental filmmakers of all time. Known for his uniqueness, the director always interested in making films which are progressive. The man who amused Tamil cinema audience with his creations, now came up with a unique film which revolves around only a single man.

The film which is running successfully in theatres now, receiving positive reviews from the audience as well. Now the director movie on to his next project it seems. Parthiban who thought that he needs an experienced girl around 25 year old for his next project, thought of posting about it in his social media account.

Parthiban is one of the many celebrities who are very much active in social media platforms, especially in Twitter. He often interacts with his followers and involved in discussions as well. Now in this post, Parthiban, in his own way, asked that he needs a girl who could send few boys to ICU with her smile.

“வணக்கம்! அடுத்தது பற்றி நிறைய ஓடுகிறது மனதில்,அதில் ஒரு ஸ்கிரிப்டுக்கு Fitness freak -ஆன 25 வயது பெண் (சிரித்தால்… சில பசங்களையாவது சீரியஸாக்கி I c u- க்கு அனுப்பக்கூடிய) நடித்து அனுபவமுள்ளவர் தேவை. Contact karthi 9176734449” the tweet of Parthiban read which roughly translated as “Greetings! I am thinking of lot about my next project. For one of those scripts, we need a fitness freak girl around 25 years of old. (Her smile should sent at least few boys to ICU). Should be experienced in acting.”

Many people commented to the post by mentioning their friends and recommendations. However, with one of his female follower, the tweet didn’t go well it seems. She who thought that Parthiban is objectifying girls with his tweet had the courage to express it through her tweets.

After seeing this tweet from Kotravai, Parthiban immediately deleted his casting call tweet by saying that he posted it in a light manner and in his own way. “Now I deleted it as it offended few” he added.

Parthiban also appreciated by the twitter user for his immediate response and reacting to her concern irrespective of his celebrity image.

What do you think on this gesture of Parthiban ?? Comment your views below !!