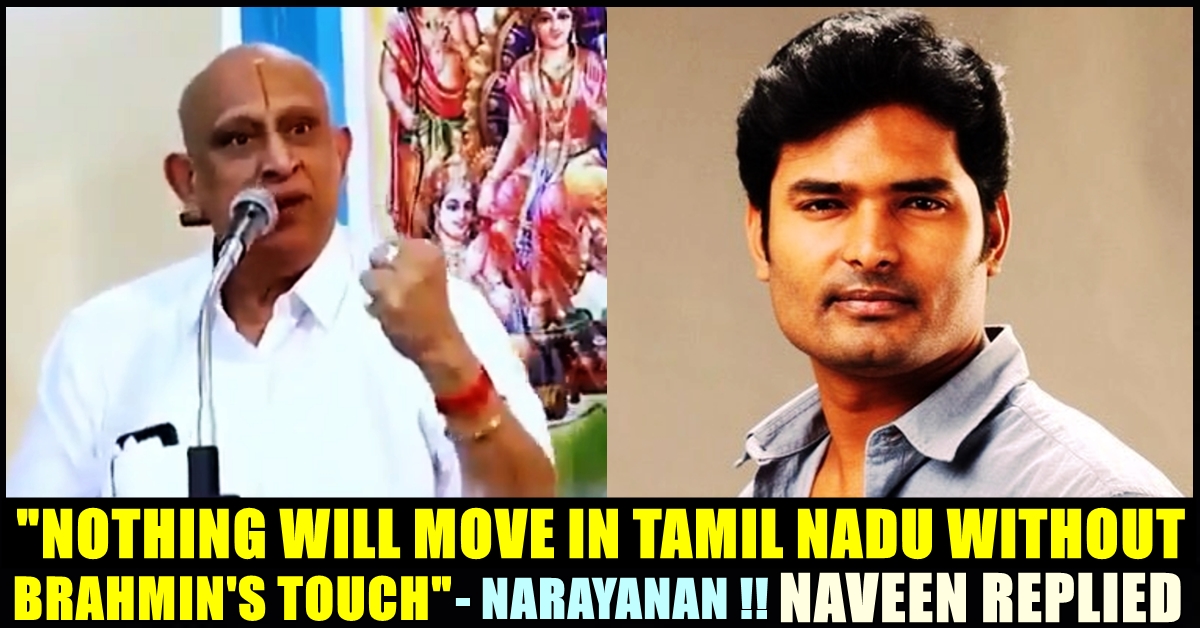 “We must become brave like Jews. They are highly intellectual, just like us, We have a country for us but they don’t have it. They recently got one. They are spreading themselves across the world. Jews lobby exists in Russia, as well as in America. Just like us who are living across the world. We are in north and we are also in Tamil nadu. No one could shake us, even today” says Narayanan with pride.

“5 out of 7 officers are Brahmins among those who are assisting Chief minister Edappadi K Pazhaniswamy. All the IAS officers are Brahmins. Only due to the advice and hard work of the Brahmin officers, Edappadi K Pazhaniswamy who was an ordinary man, manages to do wonders amidst the COVID 19 situation” Narayanan further says. “Nothing can movie without Brahmin’s touch in Tamil nadu. Remember it. Brahmin’s touch must be there. Be it thought wise or work wise, there is no India without Brahmins” he added.

During the end of the video shared by Naveen, Narayanan says that Brahmins has an important duty that no other people from other religion has. “Brahmins are the foundation of Hindu Dharma. Only if Brahmin lives by his principles, Hindu religion will last.” he says in the video.

In his full speech, Narayanan also requests people who belong to Brahmin community not to do inter caste marriages for the betterment of their community. On seeing him linking “Brahminism” with Hindu religion, Naveen said “Look at the speech of this elderly man to know what is “Sanathana Dharma”. Throughout the speech, he speaks high of Brahmins and says Brahmins are best among all but concludes saying that it is Hindu country and wants Hindus to unite” in his tweet.

“I will remain Brahmin all my life” he ends with the people in the hall clapping for him hardly in a way of expressing their happiness. Watch the video below :

Food Reviewer Irfan Getting Slammed For Endorsing “Biriyani Brothers” !!
“You Are A Tamilian, Why English Title?” Questioned Reporter !! Check How Sivakarthikeyan Handled
Advertisement