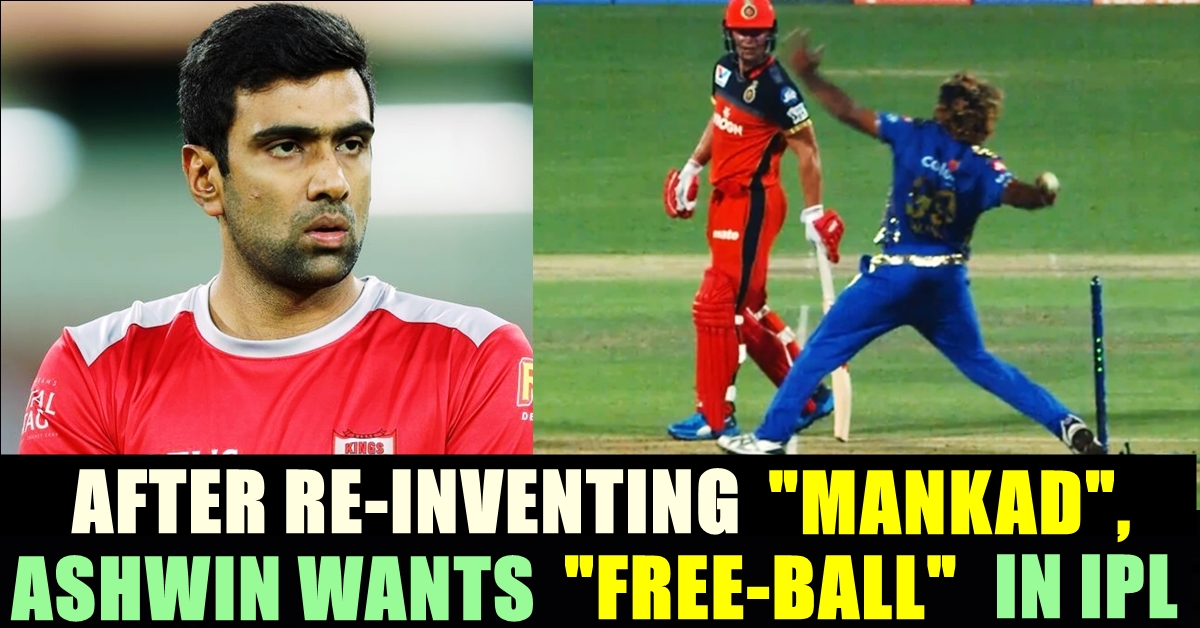 After Ponting made a remark on Ravichandran Ashwin’s “Mankad” controversy, it created debate in cricket fraternity with experts reacting to it in either ways. A set of people supported the off spinner saying that it is within the rules and others criticized him because it acts “against the spirit” of the game. Meanwhile, Ricky Ponting, main coach of Delhi Capitals, the team which bought Ashwin to play for them in the upcoming edition, said that he won’t allow Ashwin to do that. Today, Dinesh Karthik came up with a tweet supporting his Tamil nadu teammate.

Ponting who feels that it is not within the “spirit of the game” said that he will have a chat with the cricketer first. “I’ll be having a chat with him about “Mankading”, that’s the first thing I will do. That is going to be a hard conversation that I will have with him. I think. he will say that was within in the rules and he’s right to do it” said Ponting who added that it will not happen in his team.

But I must admit, after watching the last season, as soon as it happened, I actually sat our boys down and said, “Look, I know he’s done it, there’ll be others around the tournament who will think about doing this but that’s not going to be the way that we play our cricket. We won’t be playing like that” Ponting said in the Podcast.

Now, Kolkata Knight Riders captain Dinesh Karthik came up with a tweet supporting his Tamil nadu teammate. He who said that legendary cricketers such as Don Bradman, Sunil Gavaskar and even ICC have found no problem in “mankading”, added that why people are seeing the team which does that in a negative way” in a way of answering to Ponding.

“A lot of people have polarising opinions on this,this is just my 2 cents on this issue.Would like a few cricket nerds to give their thoughts on this too” said Dinesh and tagged Harsha Bhogle, Rohan Gavaskar, Brendon Mccullum , Sanjay Manjrekar, Badrinath and others.

Replying to this tweet, Ashwin proposed a “free ball” for bowlers like “free hit” for batsman in cricket. “Make it a free ball for the bowler. If the batsmen gets out of that ball, the batting team will be docked 5 runs. Free hit adds to the drama for a batter, let’s give a chance to the bowlers too. As of now everyone watches the game hoping that ‘the bowlers will get smacked today’” his tweet read.

Make it a free ball for the bowler. If the batsmen gets out of that ball, the batting team will be docked 5 runs. Free hit adds to the drama for a batter, let’s give a chance to the bowlers too. As of now everyone watches the game hoping that ‘the bowlers will get smacked today’ https://t.co/BxX8IsMgvF

Check how other experts reacted :

The ‘normal delivery position’ @bhogleharsha is to avoid any Mock action by the bowler which can be misleading ,the batsman leaves crease early because he is 1)ignorant of the rule 2) careless 3) taking unfair advantage, so only thing that needs change is the name #mankading

I think the rule should be simple and take away any subjective element like "normal delivery position" and just say "non-striker stays in till the ball is released".

I think it’s the subjectivity/interpretation of the rule that needs to be addressed. And you cannot scrap it altogether because that gives an advantage to the non-striker for sure.

JUST IN : Master’s OTT Release Also Confirmed ?? Fans Are Fuming !!
Atlee Spent Rs.95 Lakh Only For The Story Discussion Of This Movie ??