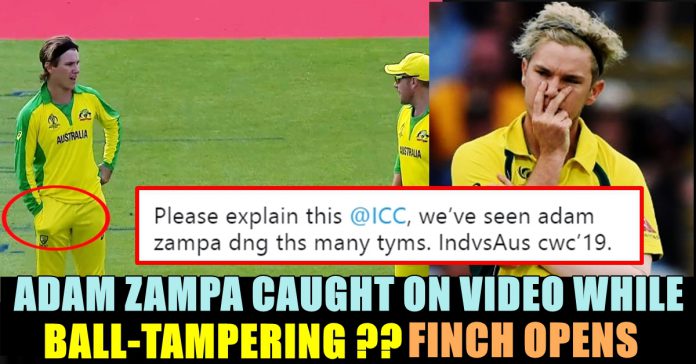 In the match between India and Australia, cameras caught Adam Zampa shoving his hands in his pocket and then subsequently rubbing the ball. There were speculations that the leg-spinner was trying to alter the conditions of the ball, but Australian captain Aaron Finch rubbished all such claims and said that Zampa was only using a hand-warmer.

Hey @ICC instead of just troubling players on putting the logo on keeper gloves, can you clarify what is this ? Are the aussies back to Old Trick ? #adamzampa #Tamperingtheball ?? pic.twitter.com/JHQ8tHv3bL

Australia leg-spinner Adam Zampa raised a quite a lot of eyebrows on Sunday when he was seen putting his hands inside his pocket and then rubbing the ball during the World Cup 2019 match against India at The Oval in London.

The videos and pictures of Adam Zampa rubbing the ball each time after he put his hands inside his pocket went viral on social media. Zampa was seen taking something out of his pocket before bowling.

According to Cricket Australia, Zampa has often been seen using the hand warmers during the Big Bash games. Following the claims, Zampa was not put under any official investigation and the on field umpires did not raise any concerns.

The video footage and pictures immediately brought back memories of the Cape Town Test between South Africa and Australia last year when Cameron Bancroft was caught rubbing sandpaper on the ball on the big screen at the ground. 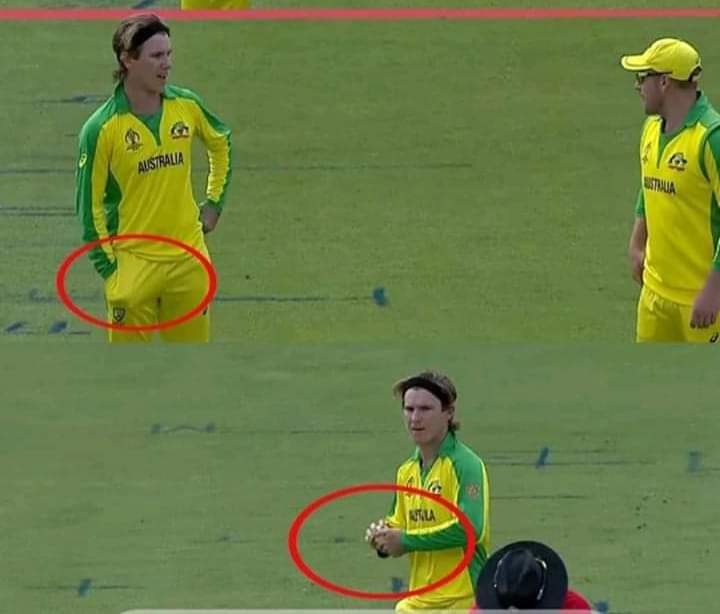 Bancroft was suspended for 9 months by Cricket Australia for that incident while then-Australia captain Steve Smith and vice-captain David Warner were banned for a year each.

The tainted duo of Warner and Smith made their comeback into the national team at the World Cup this year and have been booed by the crowd in England on several occasions already.

Even on Sunday, Steve Smith was booed by a section of the crowd at The Oval following which India captain Virat Kohli asked the crowd to stop.