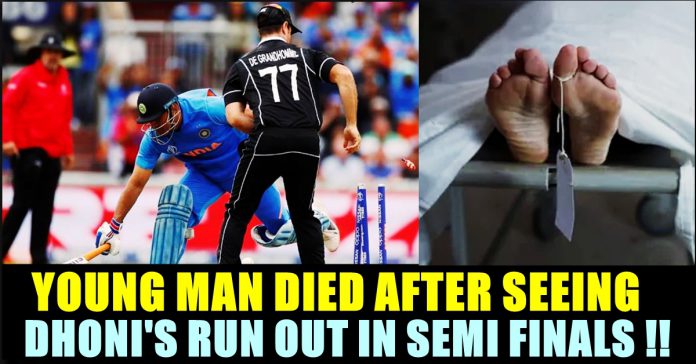 Dhoni’s run out devastated the fans in the stadium as there was a pin drop silence in Manchester crowd. The two day international world cup semi finals match went in favours of the black caps due to the top order collapse for the first time in this world cup. Three of the top order batsmen scored just 1 run and got out while chasing just 240 runs in 50 overs. 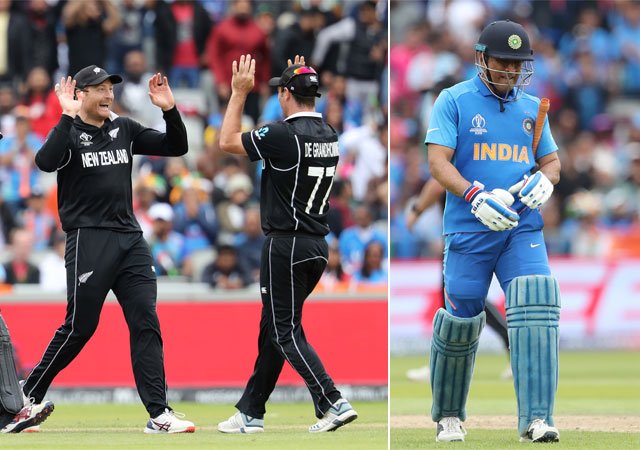 Kane Williamson’s brilliant captaincy was lauded all over the Internet. When India struggled at one point and seemed to lose the match by large margin, it was Ravindra Jadeja and Dhoni’s partnership which kept the hopes of billions alive.

Jadeja played the knock of his life time and got out while trying for a  big one in Boult’s over. Dhoni who has done it for many time as Sourav Ganguly in the commentary said got run out by Martin Guptil’s sharp direct hit throw. That moment shattered the dreams of Indian people’s dream about the world cup. 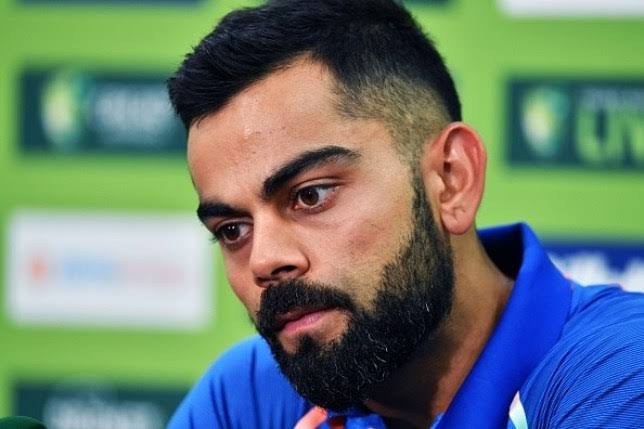 Now to our shock a 33 year old man who watched this match in live lost his life due to the utter shock, once Dhoni was declared as “OUT” by the third umpire in the big screen. MS Dhoni who made his debut in 2004, earned huge number of fans for the character he is showing throughout his career.

Srikanta Maity (33) of Hooghly district, who was a cycle shop owner, was watching the match on his phone when the incident took place. He died of cardiac arrest. The villagers rushed him to Khanakul Rural Hospital where the doctors declared him ‘brought dead’, the police said. They organised a commemorative programme on Thursday and condoled his death. Maity is survived by his son and daughter. This even made the fans go crazy among the veteran cricketer. “We rushed to his help on hearing a loud thud. We saw him lying unconscious on the floor. We took him to Khanakul hospital, where he was declared dead on arrival,” Sachin Gosh, a sweet shop owner in the same area said.

It is also reported that a youngster from Odisha who is just 25 years old tried to commit suicide after having arguments with his friends about India winning the match. He consumed poison to kill himself after seeing India’s defeat by 18 runs.

Previous articleBREAKING : Finally AB DE Villiers Opened On What Happened Between Him & Faf Du Plessis Before World Cup !!
Next articleFan Slammed Samantha For Not Respecting Tamil Fans !! Check How She Replied !!

Comedy Actor Vivekh who is known for his socially responsible opinions in his movies, is no different in his real life as well. He...