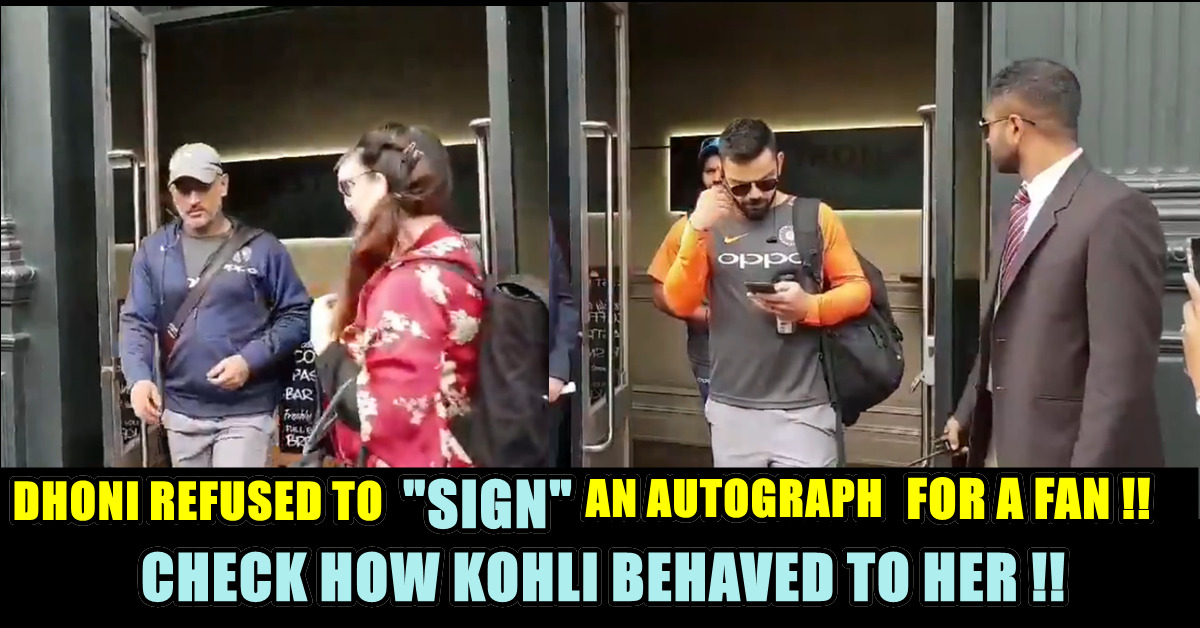 Virat Kohli is known for his heartwarming gestures; time and again, he wins our hearts with some or the other good deed. He displayed a brilliant example of the same in England before the ODI of India v/s England at Headingley. As you all know, fans are crazy for their favorite cricketers and always wish to get autographs and selfies with them. A crazy fan of Dhoni tried hard to get his autograph but he refused. Well, the lady tried taking autographs of other Indian players too, but they all ignored and left. There was just one player who went up to her and happily gave his autograph; he’s none other than the man with golden heart Kohli. He fulfilled the lady’s wish and brought a smile to her face with an autograph. BCCI shared the video on Twitter and since then, everyone is loving Kohli all the more.

Others just left but he didn’t. He stopped (though he was in headsets), gave that lady his autograph and made her so happy. Proud of you boy ♥ @imVkohli

MS refused to sign but Virat did….really nice of him .

I was feeling very bad for that why u guys didn’t gave a signature. What kind of attitude @BCCI .If today u guys lost ,I wont let u easily except @imVkohli .Win or loose respect fans .They r not beggers. Be humble to ur fan.

No one wanted to sign an autograph but Kohli

@imVkohli only one who give her autograph.great gesture❤❤ love bro 😘

EveryOne Went But Only @imVkohli Gave the autograph. Respect to you. Reason to Love u. Love u a lotzzzz

They say virat kohli is arrogant but this the best example of how humble he is and a perfect role model to other cricketers.

Thats The real Champ @imVkohli . The Morden master and a legend. Plz consult a doctor if you think God(VK 18) IS ARROGANT

There are also rumours which suggested that the woman was a hotel staff and standing there to count the players. But why ? Hotel staffs does not supposed to have their own favourites ? Can’t they wish for an autograph from her favourite players ??

Well , what do you think on Virat’s gesture ??