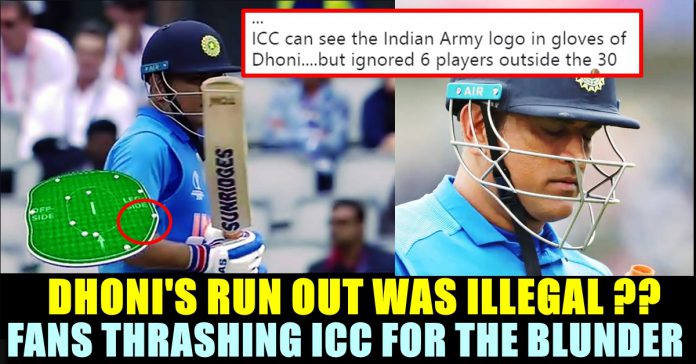 Dhoni Got Out Due To This Blunder Of ICC Umpires !! Fans Fuming In Internet !!

Dhoni’s run out devastated the fans in the stadium as there was a pin drop silence in Manchester crowd. The two day international world cup semi finals match went in favours of the black caps due to the top order collapse for the first time in this world cup. Three of the top order batsmen scored just 1 run and got out while chasing just 240 runs in 50 overs. kane Williamson’s brilliant captaincy was lauded all over the Internet. When India struggled at one point and seemed to lose the match by large margin, it was Ravindra Jadeja and Dhoni’s partnership which kept the hopes of billions alive.

Jadeja played the knock of his life time and got out while trying for a  big one in Boult’s over. Dhoni who has done it for many time as Sourav Ganguly in the commentary said got run out by Martin Guptil’s sharp direct hit throw. That moment shattered the dreams of Indian people’s dream about the world cup. 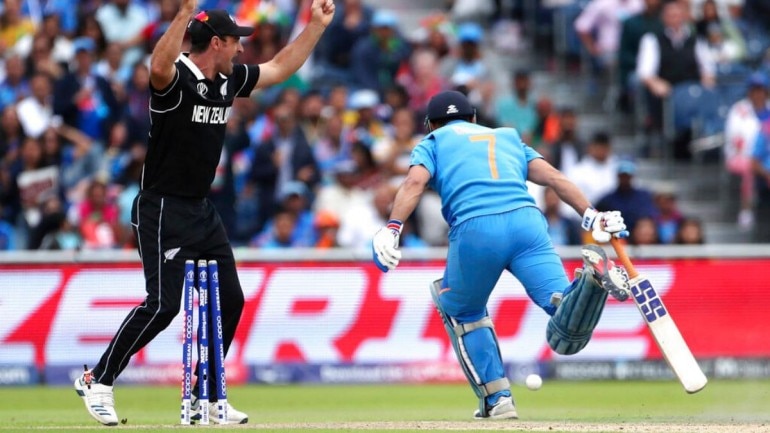 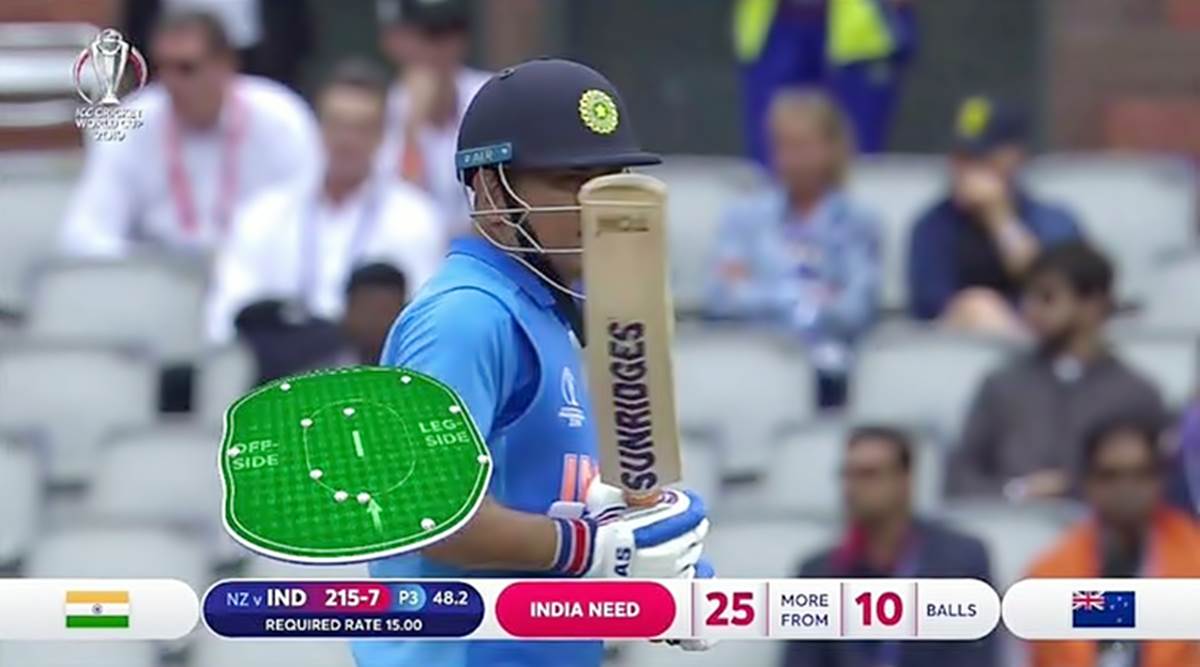 Check out the reactions from fans here :

Issue is not the fact that there would anyway have been a run out off a no ball. Had Guptill been the fielder inside the circle Dhoni may not have gone for the 2nd run.

Glaring umpiring error? Could they afford this in a World Cup semi final? 6 players outside the circle… how long did they play like that in P3? #INDvNZL #Dhoni pic.twitter.com/Hb5UlA4tsI

Hey @ICC the ball on which #Dhoni was given run out should be a #deadball or a no ball… because 6 players were outside the 30 yard circle and how can the umpire be such careless..👏 pic.twitter.com/2gMSDvkaxc

What A great Umpiring Skills….The Ball Msd became runout should be given as NoBall…& Dhoni should have played and India have Won….What A Great WC?What a great exhibition of Umpiring skills???? pic.twitter.com/1Xthq2Qyjv

Dhoni got out on an illegal delivery. pic.twitter.com/1j0lQtefV7

It’s a illegal delivery on which dhoni got out I don’t understand no one notice this field umpires, third umpires match refre every one become at that moment pic.twitter.com/1ga23sWNUW

There were 6 fielders outside the 30 yard circle when Dhoni was run out. Shame on Umpires for this level of awareness and that too in World Cup Semi-final 👿👿👿 pic.twitter.com/ocA8xSuNbz

Its totally illegal and wrong…ICC should ban Newzeland
…
ICC can see the Indian Army logo in gloves of Dhoni….but ignored 6 players outside the 30 yards circle….@ICC #ICC #BCCI #CWC19 https://t.co/wCqFzPbsaK

However Dhoni’s run out in a no ball due to field placement error is legal, Fans stating that Dhoni would not have taken the risk if Guptil was inside the circle and he would let Bhuvaneshwar Kumar to take a single in the free hit to keep strike.

Previous articleFinally Sanjay Manjrekar Appreciated Ravindra Jadeja !! Getting Thrashed Left & Right For This Reason !!
Next articleRavindra Jadeja Did “Sword” Celebration Towards Commentary Box !! Here’s What Sanjay Has To Say !!

Popular social media influencer Paari Saalan condemned the parents of the viral couple for letting their children involve in a romantic relationship prior they...

Farmers from Haryana and Punjab are protesting for past four days against the three farm laws introduced by the central government in September month....