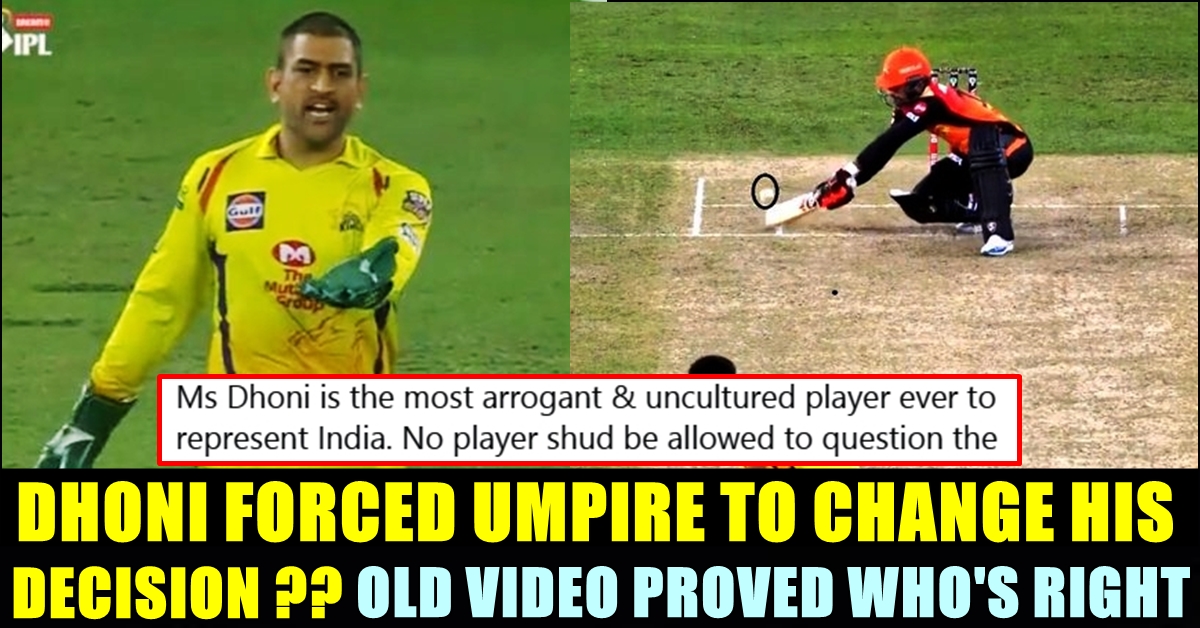 Chennai Super Kings registered their third victory of the tournament in their eighth match against Sunrisers Hyderabad and moved on to the sixth spot in the points table. The team is required to win almost all of their upcoming matches to make it to the playoffs. Dhoni, captain of the Chennai Super Kings said that he feels happy on seeing the way his team performed.

Posting a total of 167 on the board, Chennai got an early breakthrough by picking up the vital wicket of David Warner. Manish Pandey who came into the middle as one down batsman, got run out while trying to steal a single. The CSK bowlers took the wickets of SRH batsmen in regular interval. However, Kane Williamson, captain of the black caps, looked promising and acted as a threat for the Team CSK. However, he got out while trying to hit a maximum.

SRH batsmen fell 20 runs short which earned the yellow team their much needed 2 points. What grabbed the attention of the fans the most is, Dhoni’s animated reaction in the 19th over when umpire tried to signal wide for a delivery bowled by Thakur.

When Shardul Thakur bowled a wide yorker to Rashid Khan, it went past the Afghanistan all rounder and the umpire looked like he was going to give it as wide. Just when the umpire was about to lift his hands to signal wide, Dhoni, from behind the stumps, expressed an animated gesture pointing out that the ball went above the bat.

The umpire immediately stopped and restrained himself from giving it a wide. David Warner who was sitting in the dugout got upset with the final decision of the umpire. Watch the video of the incident below :

Many reactions trolling Dhoni for the way be expressed his displeasure towards the umpire got surfaced in the incident. Few referred the incident that took place last year when Dhoni came into the ground to argue with the umpires for changing their decisions inappropriately. Check out some of such reactions below :

That was not cricket from @msdhoni ,you can’t put pressure on the umpire like that and also umpire should have gone with his decision,dhoni is not bigger than the game of cricket. Last yr he came from outside to force the umpire to give it no ball,now forced to not give it a wide

One more content added in Fixing Chapter of CSK 🤣

Thala Dhoni got angry and Umpire didn’t give wide…🤣 pic.twitter.com/8uvMtiN3aa

Ms Dhoni is the most arrogant & uncultured player ever to represent India. No player shud be allowed to question the decision of an umpire.This is the 2nd time we have witnessed his uncultured arrogance towards an umpire,which is deeply shameful and not in the spirit of the game.

Dhoni did a Ricky Ponting. Told umpire what to do.

Got pressured by Dhoni to not give a wide.

This is not new. Umpire’s get bullied and pressurized by Dhoni all the time. It’s shocking that they don’t learn.

Did we just bully an umpire to a dot ball

On seeing these reactions, a fan of Dhoni came up with an old video which shows an umpire firmly giving wide to Dinesh Karthik who would move towards the ball way too much to hit it which would have been a wide. Further, the umpire can be seen gesturing that he moved towards the ball which makes it a right ball.

Fielding team appealing to umpire is not something new to cricket. Most importantly, it is not a wide as the bat of Rashid Khan was right under the ball when it went past. However, Rashid Khan got himself out by hitting the wicket in the same over which helped CSK to clinch a 20 runs victory.