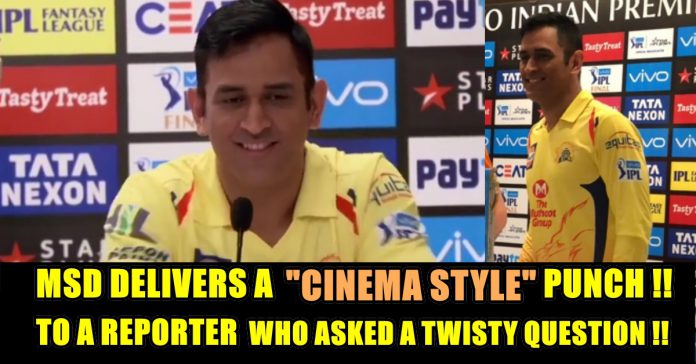 All three trophies have come under the guidance of Dhoni and 2018 triumph has come after four previous failed attempts. The coveted trophy eluded him in 2012, 2013 and 2015 with CSK while in 2017, Rising Pune Supergiant lost the final to Mumbai Indians after a brilliant league campaign. MS Dhoni and his troops at Chennai Super Kings got together for one last time this year as they celebrated their Indian Premier League success in Chennai on Monday.

Chennai Super Kings got a grand welcome upon their return to Chennai with the team members gathering at the Crown Plaza hotel in the city to celebrate. CSK players and the team management landed in Chennai at around 4.30pm and headed straight for the hotel where a private dinner was organised for them.

Harbhajan Singh, who did not play in the final on Sunday, posted a picture with Dhoni, Suresh Raina and Dwayne Bravo which he captioned, “Last Team dinner together before we all meet again.”

Raina also tweeted a picture. The celebrations were been low-key even though a lot of fans gathered at the airport to receive the players and at the hotel as well.

Dhoni’s barren run of seven years without an IPL trophy finally came to an end on Sunday as Chennai Super Kings beat Sunrisers Hyderabad by eight wickets to lift the title at the Wankhede stadium in Mumbai. Before that, MSD had won the title with CSK in two consecutive years — 2010 and 2011. They have also been the most successful team in the history of the IPL. They have been a part of seven IPL finals while Dhoni himself has played in eight. The former India captain has represented CSK in seven of them and played under Steve Smith for RPS in 2017.

And this IPL victory will be special to him for more than one reason. He himself led from the front and enjoyed one of his most successful IPL seasons as a player.

Being the most successive captain, Dhoni never failed to answer the reporters in the most unique way unlike the previous captains who found it difficult to face the reporters especially when they question about retirement and team failure.

But Dhoni always makes it look very easy answering the reporters which we witnessed in many occasions. Once he made a reporter admit that Dhoni can play 2019 worldcup which went viral on Internet. Now in a special occasion a reporter asked Dhoni how difficult it is for Dhoni not to give ball to Harbhajan Singh. To this complicated question Dhoni answered in “cinema style” which made everyone in the hall laugh even Williamson, Sunrisers Captain. watch the video below,

“How difficult is it to not give the ball to Harbhajan Singh?” – Asked a Reporter.. . @Mahi7781 has a funny way of telling about the number of bowling options he has at his disposal! He replies like only he can! 😎 🙌 . And leaves everyone including the opponents in absolute splits!! 😂 . Do watch it #MSDians! 💕

Previous articleDhoni’s First Tweet After Winning The Trophy !! : Wow !! How Adorable !!
Next articleJust In : Champion Dwayne Bravo’s Tribute To The Super Champions !! : Awesome Song Hailed By The Fans All Over !!

Bigg Boss Tamil show which is grabbing the headlines for various reasons since the initial episode surprised its audience by eliminating Vanitha Vijayakumar in...

“Leave Cinema Please” Man Made Humble Request To Lakshmi Menon !! Here’s What She Wants To Say

After a long gap, actress Lakshmi menon who rose to fame among Tamil cinema audience through films such as "Kumki", "Vedhalam", "Jigarthanda" became active...