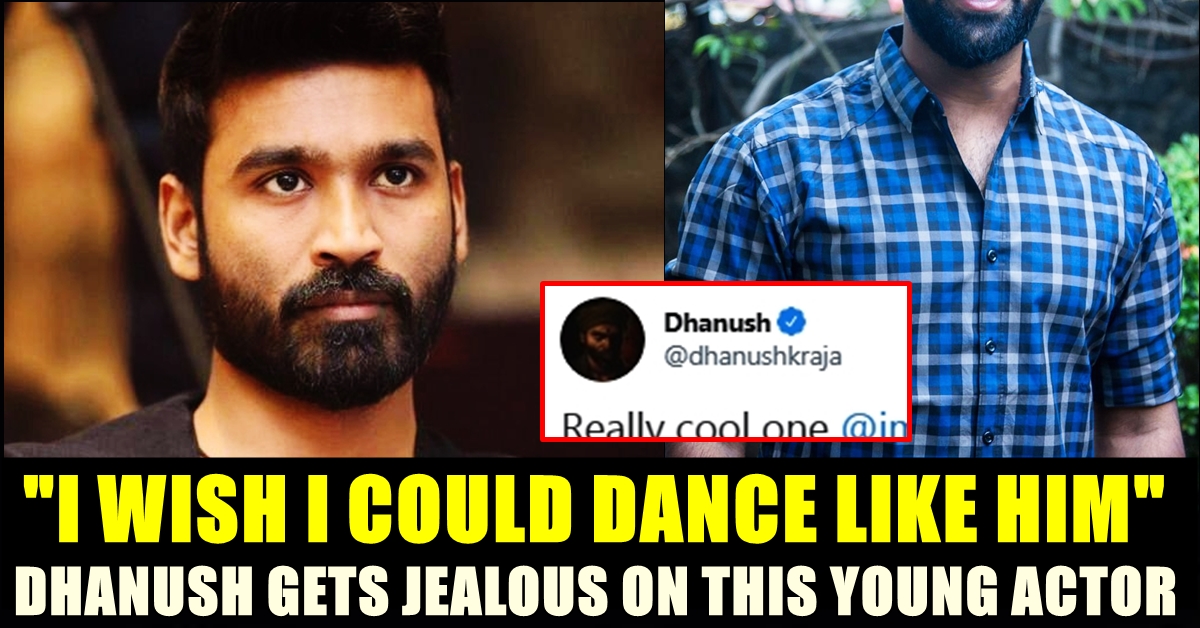 Dhanush, is an Indian film actor, producer, director, writer, lyricist, screenwriter and playback singer who usually works in Tamil cinema. Dhanush’s first film was Thulluvadho Ilamai, a 2002 coming-of-age film directed by his father, Kasthuri Raja. Over the last 17 years, Dhanush has starred in over 25 films. Dhanush won the Best Actor award at the 58th National Film Awards for his performance in Aadukalam.

As we all know, he is one of the best dancers among the actors who are currently active Kollywood. His dancing skills were noted in his films such as Thiruda Thirudi, Thiruvilayadal Arambam, Padikkadhavan, Maari, Maar 2, etc. Now surprisingly, Danush has expressed his wish of becoming a dance like young and emerging actor Shanthanu.

Shanthanu’s wife Kiki is running a dance studio and the “Chakkarakati” actor appeared in one of the video to promote the studio. In the video Shanthanu was seen performing for the song of Dhanush’s upcoming song “Chill Bro” from Pattas movie.

Sharing the video Shanthanu said that he didn’t dance as good as Dhanush as a gesture of humbleness. His tweet read as “This is how we jam at #KikisDanceStudio 💛🔥 Not as good as you though bro @dhanushkraja #ChillBro”

Check out the video posted by Shanthanu here :

This is how we jam at #KikisDanceStudio 💛🔥
Not as good as you though bro @dhanushkraja #ChillBro pic.twitter.com/MzVoeL2yul

As Dhanush got mentioned in this tweet of Shanthanu, the “Asuran” actor happened to witness the tweet. In a way of expressing his love towards the celebrity couple, Danush said that he could dance like Shanthanu in his reply tweet. His tweet said “Really cool one @imKBRshanthnu and kiki , enjoyed watching it. Wish I could dance like shanthanu. Lots of love. Big hug”

Really cool one @imKBRshanthnu and kiki , enjoyed watching it. Wish I could dance like shanthanu. Lots of love. Big hug https://t.co/4ze0RM8laB

Danush is one of the most versatile actors that Tamil cinema ever produced. Starting his career by acting in a mediocre teenage love drama, the actor is now a National award winner who made his acting debut in a foreign language film lately. He became one of the very few actors to achieve the milestone. He also shared equal screen space with Bollywood legend, Amitabh Bachchan in a film named as “Shamitabh” which makes him an important actor in the country. He also produced Superstar Rajinikanth in “Kaala”.

On the profession front, Shanthanu, who is busy in Thalapathy 64 was last seen in Mupparimanam. He has recently signed his next with Madha Yaanai Koottam director, Vikram Sugumaran. Titled as Raavana Kottam, the film was shot in a village near Ramnad lately. “It’s a new backdrop for me. The producer and director opted for me because they wanted a ‘namma ooru paiyan’,” said the actor regarding Raavana Kottam.

What do you think on this healthy conversation between the two actors ?? Comment your views below !!