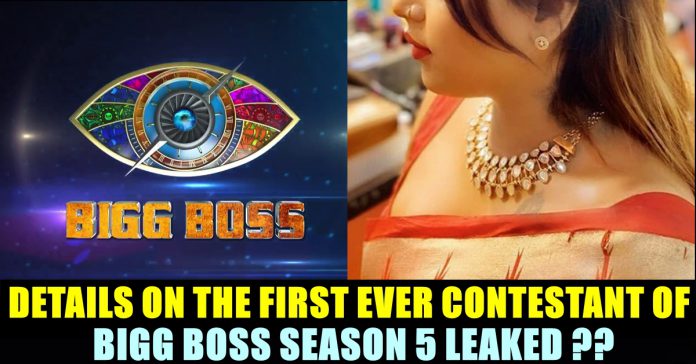 Days after the reports on the change of host for the season 5 of Tamil Bigg Boss surfaced, now, an exclusive buzz on the first ever contestant of the reality game show is doing rounds in social media platforms. Earlier, it was reported that Vijay TV management, along with endemol shine is in talks with actor Simbu to host the fifth season due to the hectic schedule of actor Kamal Haasan between June and September.

Now, for the fifth season of the show which is expected to take place from June or July, makers started working on the initial productions it seems. Most recent buzz says that an adopted daughter of actress and Cooku with Comali contestant Shakeela has been confirmed as the show’s first ever contestant.

She who is named as Milla, is a teenaged transgender and Shakeela adopted her long time back. In one of the episodes of “Cooku with Comali”, she introduced her to her co-contestants of the cookery show. It is notable that Shakeela took part in the second season of Kannada version of Bigg Boss show.

Milla is currently concentrated in making a career out of modelling and also working as a costume designer, said Shakeela while introducing her.

Check out some of Milla’s recent social media posts :

Previous articleEntire Country Wished Rajinikanth For His Achievement Of Winning Dadasaheb Phalke Award !!
Next article“Stalin Held Youth Leader Post Till 70 Only To Give It To His Son” – TN CM EPS

Keerthy Suresh is an Indian film actress who appears in Tamil, Telugu and Malayalam films. Post the success of Mahanati, Telugu and Tamil actress Keerthy...