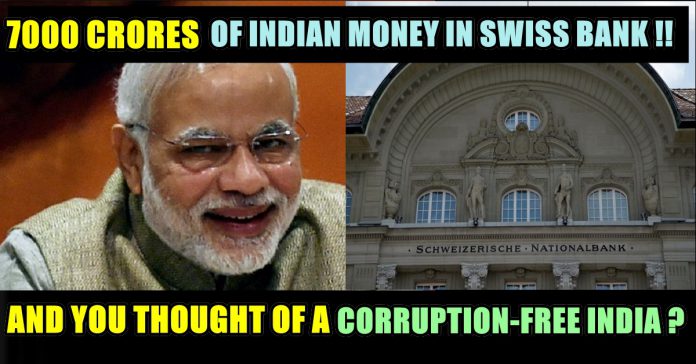 Prime Minister Narendra Modi, who once promised a corruption-free India, has been accused of enabling and shielding scammers.

Adding insult to injury, money parked by Indians in Swiss banks rose more than 50 per cent to Rs 7,000 crore in 2017, reversing a three-year downward trend amid the country’s crackdown on suspected black money stashed there. And with this, another ‘viral slogan’ and a mammoth promise fell flat on its face.

According to the official annual data released by Swiss National Bank (SNB), “In comparison, the total funds held by all foreign clients of Swiss banks rose about 3 per cent to CHF 1.46 trillion or about Rs 100 lakh crore in 2017”. 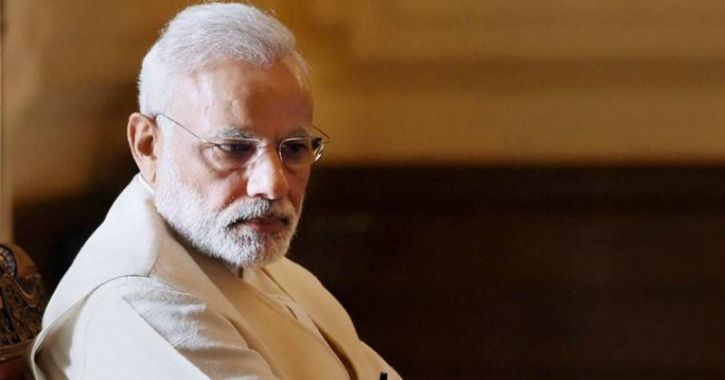 In 2016, Indian money in Swiss banks had fallen by 45 per cent, marking their biggest ever yearly plunge to about Rs 4,500 crore — the lowest ever since the European nation began making the data public in 1987.

According to the SNB data, the total funds held by Indians directly with Swiss banks rose to Rs 6,891 crore in 2017, while the same held through fiduciaries or wealth managers increased to Rs 112 crore.

Indian money in Swiss banks included Rs 3,200 crore in the form of customer deposits, Rs 1,050 crore through other banks and Rs 2,640 crore as ‘other liabilities’ such as securities at the end of 2017. 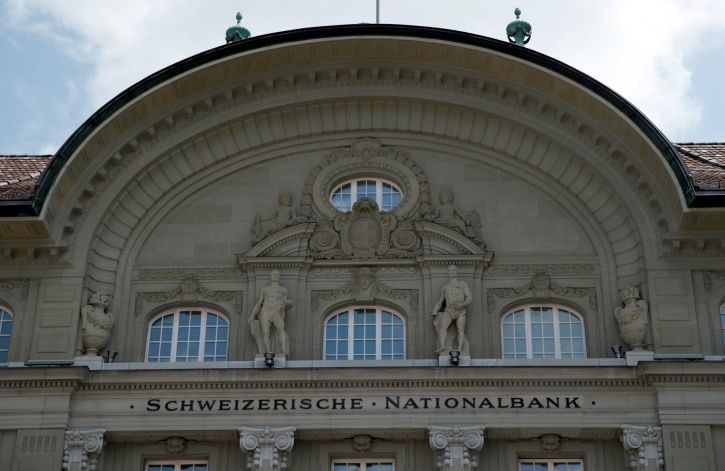 The funds under all three heads have risen sharply, as against a huge plunge across all categories in the previous year, the SNB data showed.

In 2006-end, the funds held by Indians in Swiss banks stood at a record high of Rs 23,000 crore, but came down to nearly one-tenth of that level in about a decade.

Since those record levels, this is the only time when there has been an increase in Indians’ money in Swiss banks. 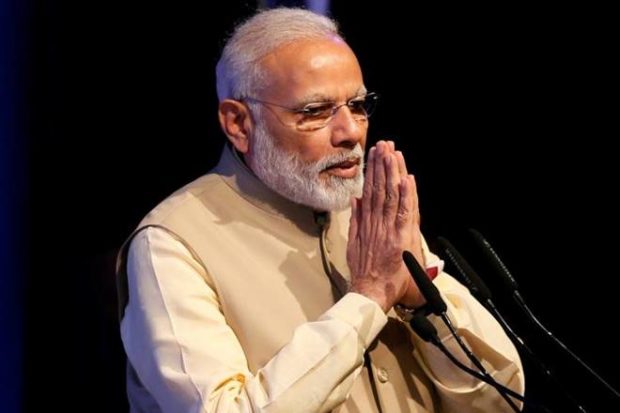 A recent report of the Central Vigilance Commission (CVC) has highlighted the fact that there’s no way the corruption is going down in our country. Instead, it is rising ‘tremendously’ to new levels.