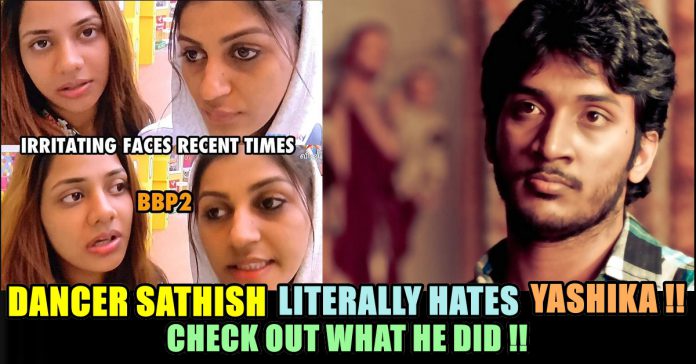 On Sunday’s episode of Bigg Boss Tamil, Ananth Vaidyanathan was given the power to lock one contestant in the jail and he chose Ponnambalam. He stated that Ponnambalam made disrespectful statements about Yaashika and Aishwarya because they sat on the same bed with a man. The house is soon in chaos.

Monday’s episode began with housemates demanding Bigg Boss to reconsider sending Ponnambalam to jail because of medical reasons but there was no response. The housemates ganged up on Yaashika and Aishwarya as if everything was their fault. This led to Aishwarya, Yaashika’s face-off with Ponnambalam. Aishwarya was angry that Ponnambalam asked Kamal Haasan to see what happened a few days ago. She asked him to tell the housemates what happened and he confessed he only saw Yaashika, Aishwarya, Shari and Mahat talking while sitting on the same bed. However, the way Ponnambalam expressed this was as if something happened when they were on the bed. In fact, Ponnambalam also swore at the girls, but when they asked him to repeat what he had said, he said he doesn’t remember. 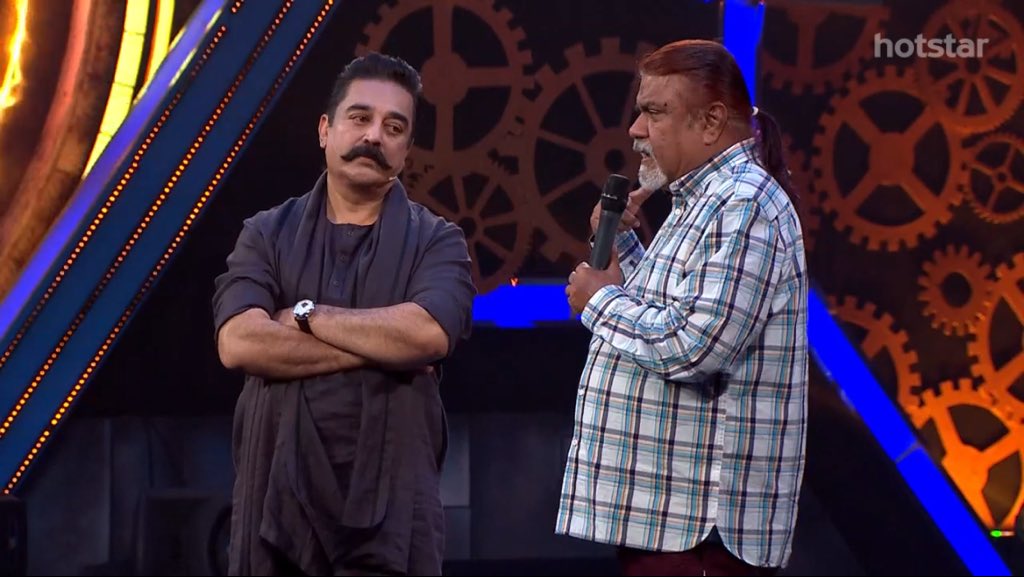 Yaashika said that if people heard what he had told them, they wouldn’t be supporting him. The loud argument came to an end as lights went out.

The next day, Bigg Boss announces the captain’s task but the housemates took it too lightly. Everyone wanted to ruin the chances of the other members until Janani pointed out that no one will be the captain if they ruined Ramya’s chances too. Then, the housemates came to their senses and supported Ramya. She then became the captain.

This was followed by the nomination. Bigg Boss called housemates in groups of three and four and asked them to nominate one person. Mahat and Aishwarya had to nominate Yaashika as per her request. The other housemates to be nominated are Balaji, Nithya and Ponnambalam. 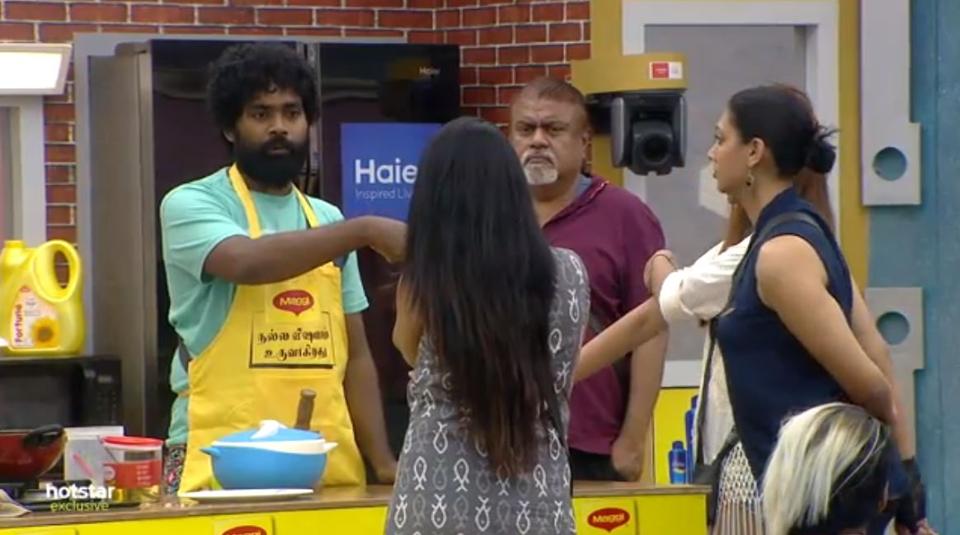 Choreographer/ Actor Sathish who was initially known for winning the title in the T V dance show “Maanada Mayilada” seems to be a big follower of Bigg Boss. He was widely known for his appearance in Gautham Menon films like “Achcham Enbathu Madamayada” and “Varanam Aayiram” as protagonist’s friend.

He is now choreographing for many leading actor’s films such as Ajith, Vijay etc. About the on going issue in Bigg Boss house he wrote his opinions in his twitter account. In a series of tweets he showed a big time hatred towards the combination between Yaashika and Aishwarya. In his first tweet he said “Yashika and wish trying to justify by talking over n over again to prove a point to audience . All are watching”. 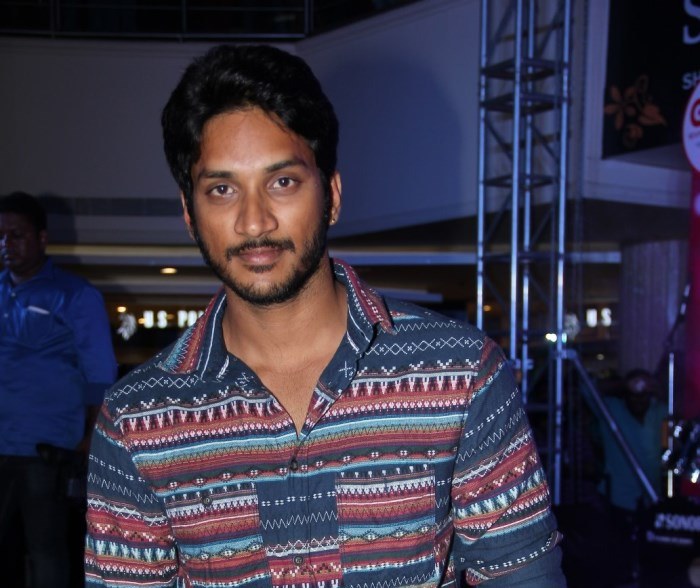 Yashika and wish trying to justify by talking over n over again to prove a point to audience . All are watching .

In the second tweet he bashed Janani and here’s his tweet “Janani nominate Balajee jus because he is volunteering hmmmm. She had pages of complaints on Mumtaz. Grow up kid”.

Janani nominate Balajee jus because he is volunteering hmmmm. She had pages of complaints on Mumtaz. Grow up kid

As he seems to be tweeting while watching the show, he reacted to the happenings inside the house. He then trolled Yashika by tweeting “Yashika fans summavidamatangaleme yaaru pa adhu ? Antha 2 vote yaaru ?” which means “who are those two fellows voted for Yashika and being her fans ?” 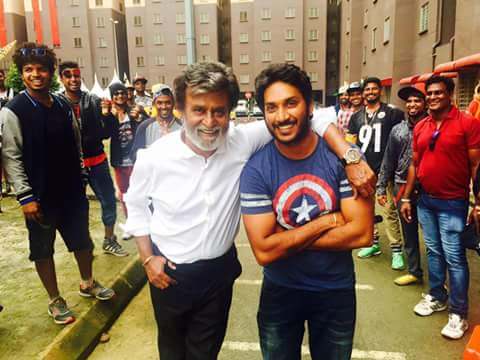 Check out the audience response for his tweets :

What do you think on his statements ??