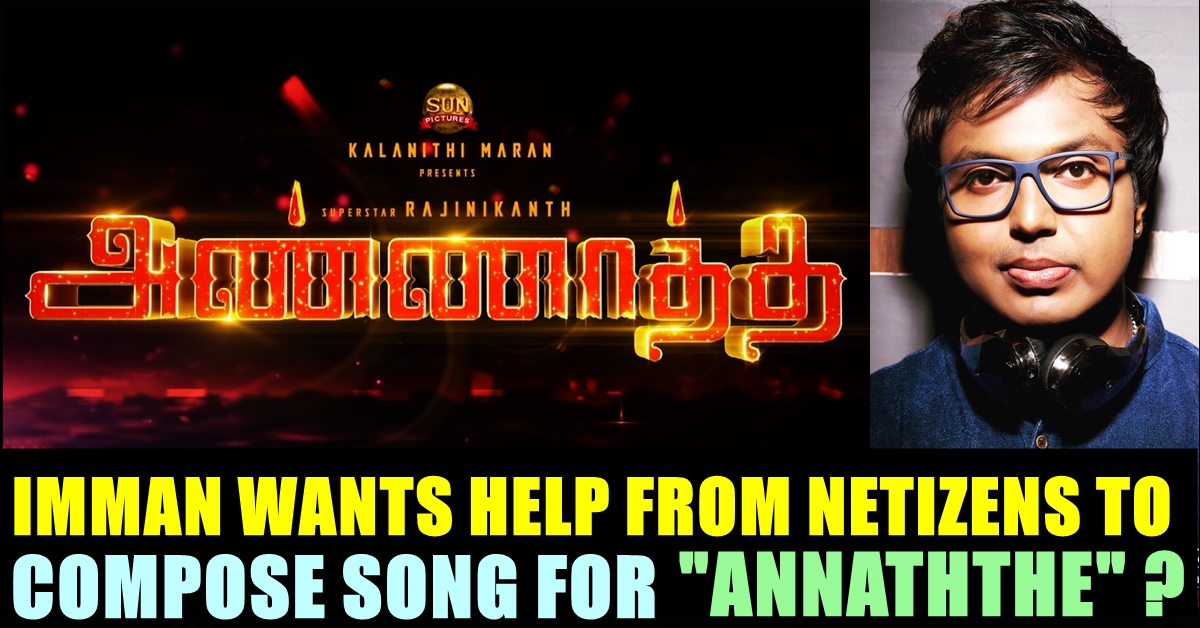 Superstar Rajinikanth’s upcoming film which is going to be directed by “Siruthai” Siva is no more Thalaivar 168 as it got a title from its makers. Announced as “Annaththe” by Sun pictures, the title grabbed several spots in the trending list in the micro blogging social media site. A title video with a terrific bgm of D.Imman released and is being loved by the fans of Superstar.

Watch the motion poster with Imman’s bgm below :

D.Imman who debuted to Tamil film industry through Vijay’s Tamizhan in 2002, is going to compose music for Superstar Rajinikanth for the first time in his career. The musician has composed music for more than 100 films so far after struggling to get offers from big projects in the initial stage of his career.

The musician who started his career from scratch never missed to encourage raw talents. On seeing a viral video of visually impaired youth Thirumoorthy singing like a professional, D.Imman made him to sing in his movie “Seeru”. Now the music director has requested his Twitter followers again to help him reach two men who are not professional singers to make them sing in his upcoming movie.

Uploading the photos of them, D.Imman wrote “I come again to you my dear friends! To help me out to reach these wonderful raw singing talents! Don’t know the name of the person in pic1! The person on pic 2 is Mr.Rakesh,his “Unai Kaanatha”song rendition circulated few years ago in social media! Praise God!”

I come again to you my dear friends! To help me out to reach these wonderful raw singing talents! Don’t know the name of the person in pic1! The person on pic 2 is Mr.Rakesh,his “Unai Kaanatha”song rendition circulated few years ago in social media!

This post from Imman got appreciated by many of his followers and fans of actor Rajinikanth are very much proud on a great human being like Imman composing music for “Annaththe”. Few even provided him the contact number of the singers through their comments. Check out some of them below :

We the Rajini fans are proud that his film has music composed by great soul like you my dear Imman bro.

Super sir. You are a wonderful person 🥰🥰

However, we have to wait and see if Imman is going to use these singers in “Annaththe” !! Comment your views on this gesture of the musician !!