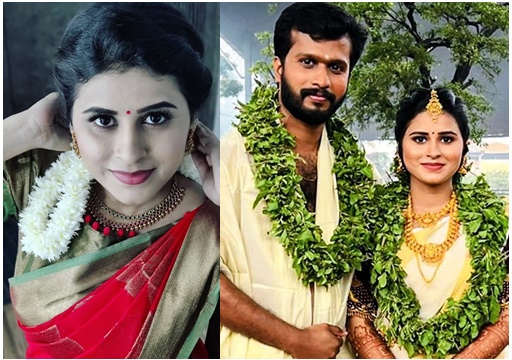 Rithika of “Cooku with Comali” fame announced about her marriage that took place recently with a person named Vino through her Instagram handle and the celebrities of Television industry can’t keep calm, along with the followers of the “Bhaakyalakshmi” actress. Rithika shared the picture of her marriage ceremony and sought blessings from everyone.

Rithika is currently enjoying 1.8 million followers for her official Instagram account and is acting in serials such as “Bakkiyalakshmi” etc. So far, she has uploaded 744 posts in the photo/video posting platform and is updating her followers about her works, daily routines, future projects etc through it. Reels and pictures from her photo shoots also could be seen in her timeline. She is also involved in promoting brands through her Instagram space.

She rose to fame among the Television audience after appearing in the second season of “Cooku with Comali” as one of the contestants. On Sunday, the actress surprised hwe followers with her marriage announcement.

It has been reported that the marriage event took place with a close circle of her friends and relatives in a simple manner. Vino who got married with Rithika is a creative producer in Vijay television and the duo reportedly fell in love with each other while working for the channel.

“Finally… !!! MRS. VINU with God’s Grace 🙏🏼 need all your love and blessings to us ❤😇🙏🏼” the actress said through the caption of her post.

The post garnered 4 lakh plus likes nearly 3,000 comments in no time. Along with the hundreds of fans, a whole lot if celebrities flooded the comment section of the actress’s post with their wishes.

“Sooooo happie for you dee thangamey !! God Bless you!! Maapillai-kku Vanakkam 😍” seasoned anchor Archana Chabdhoke said through her comment whereas Rithika’s colleagues in “Cooku with Comali” such as Pugazh, Dharsha Gupta, Sivaangi, Abhirami and others came up with wishes.

Check out the screenshot of their wishes below : 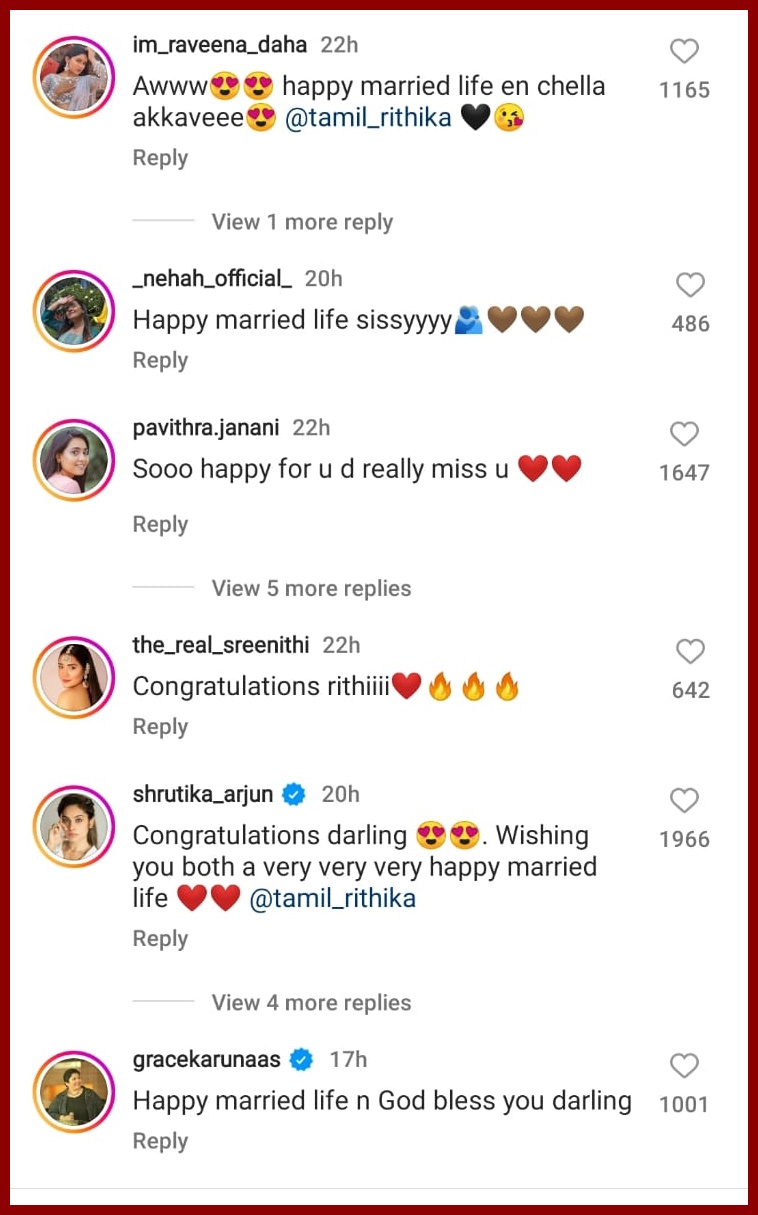 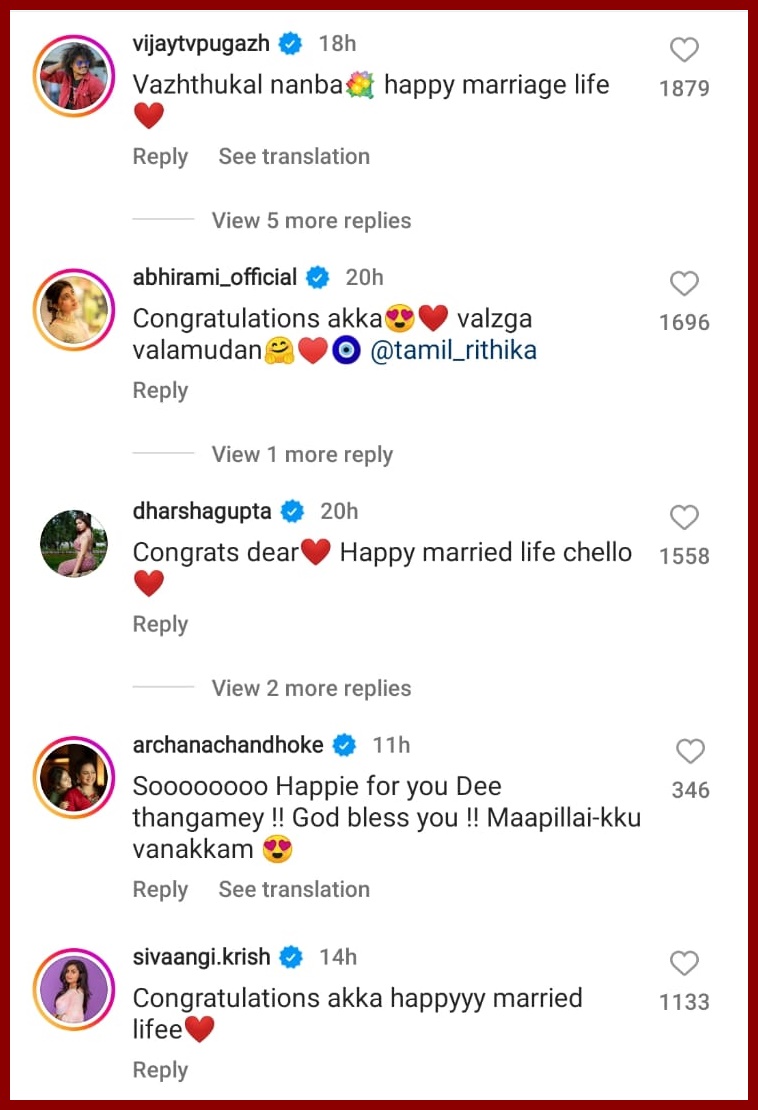 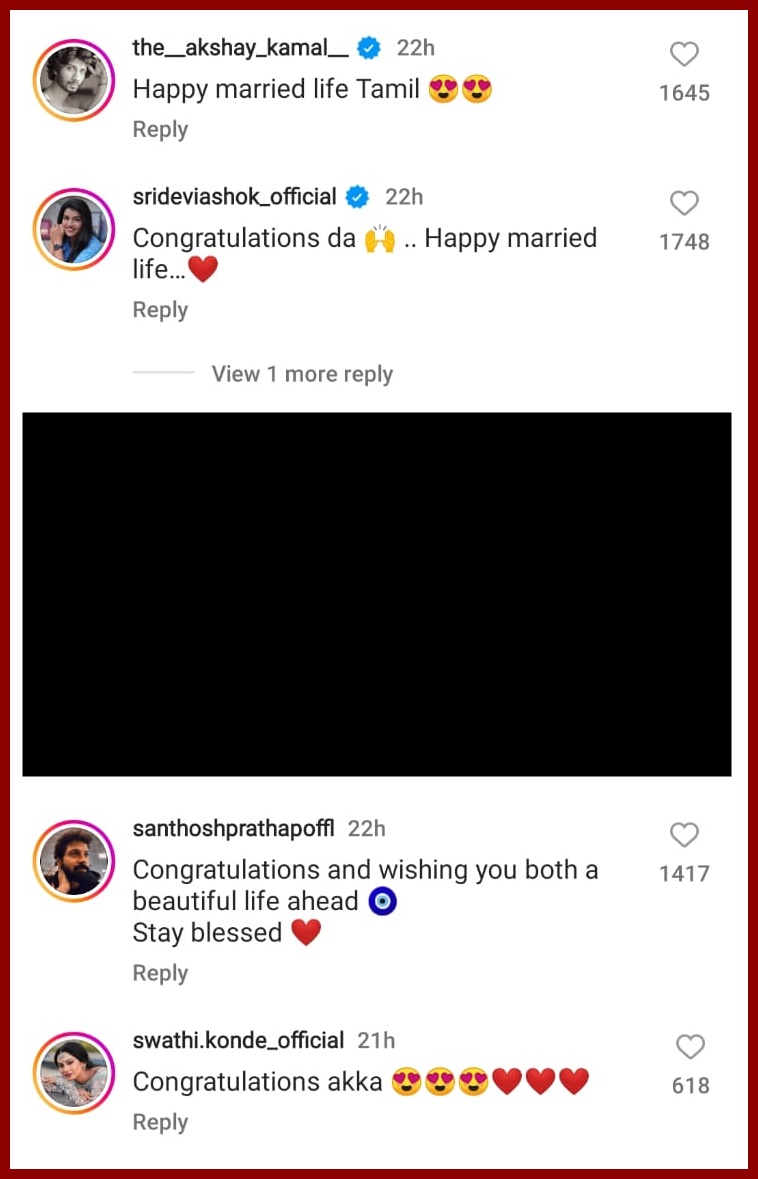 Previous articlePaperhelp Evaluate Primarily Based On The Primary
Next articleFamous Heroine’s Husband Accused Of Making Po*n Films For Money!!

These Celebrities Already Started Supporting Jithan Ramesh For This Reason !!

On seeing the very first episode of Bigg Boss season 4, an number of celebrities started supporting Jithan Ramesh, an actor by profession. Being...

Dhanush became the first Tamil hero to reach 10 million followers in the micro blogging social media site twitter. He surpassed his seniors such...