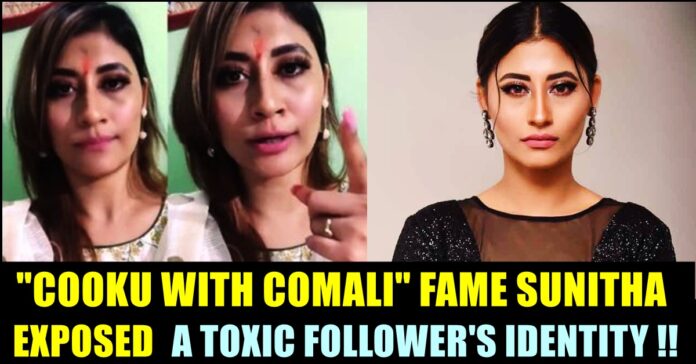 Sunitha of “Cooku with Comali” fame exposed a follower of her who has been sending disrespectful messages to her. She decided to reveal his identity after he asked an insensitive question in the question and answer session she conducted for her genuine followers through her Instagram handle. Exposing him by showing the screenshot of his handle name, Sunitha referred the online user as “coward and “mannerless person”.

She made her silver screen debut with “3” of Aishwarya Rajinikanth as a friend of Shruthi Haasan. She went on to act in films such as “Kanchana 3” etc. Having an Instagram handle that has 1.4 million followers, Sunitha is also running a youtube channel named “Sunita Xpress” that has 800k plus subscribers.

Most recently, she conducted a question and answer session with her Instagram followers and answered to many of their questions about her professional and personal life. A toxic online user had the courage to ask the Television celebrity to open her “Bikini”. Responding to the question, Sunitha who lost her cool, decided to expose him in front her other followers and public.

“Firstly you are one coward to sit behind and DM me all kind of disrespectful stuff. At least in question and answer , you could have asked which made sense. Took a screenshot of this mannerless person” Sunitha wrote in her story and shared it.

Here’s the screenshot of the story shared by Sunitha : 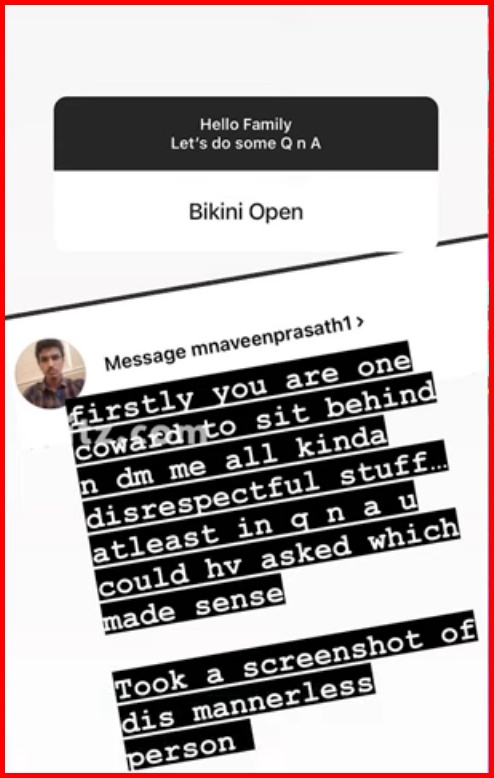 She also shared a story of one of her fans who uploaded screenshots of an article published on the reply she made. The story contained “Singapenne” song in the background. Here’s the screenshot : 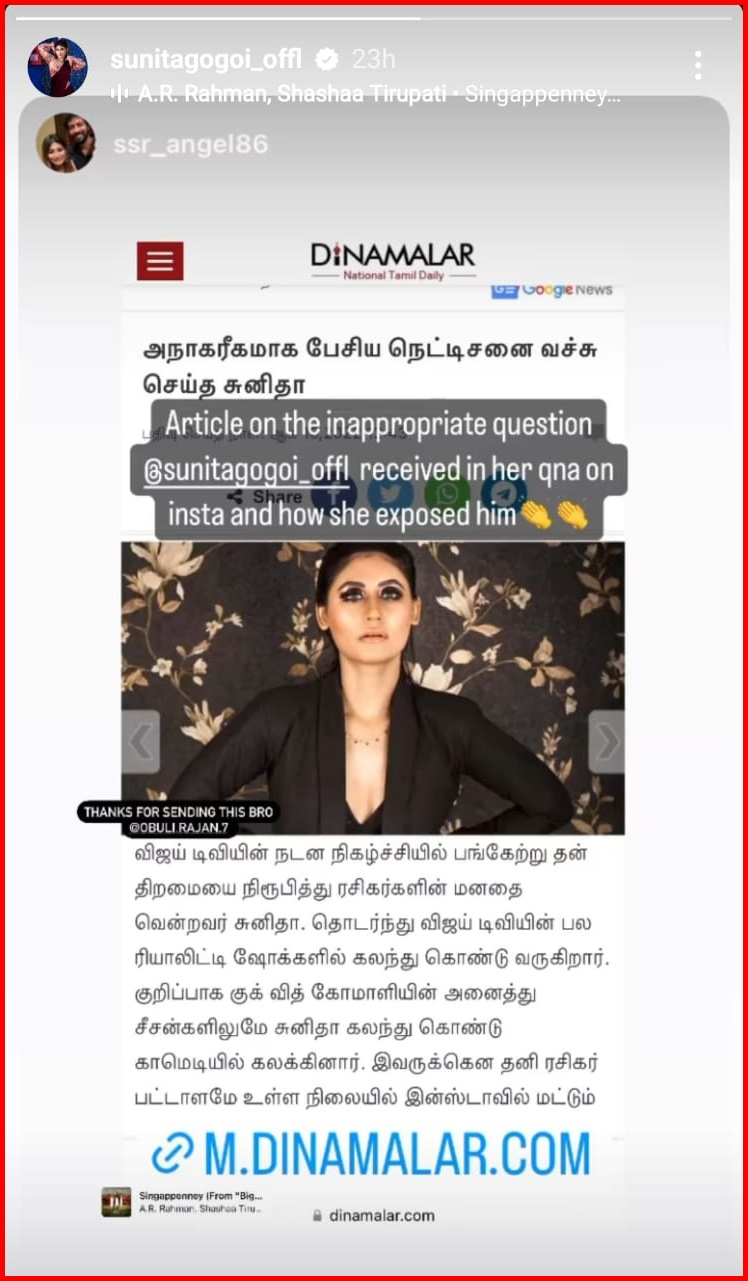 Previous articleCHENNAI SHOCKER : Woman Gang Ra*ed By 6 Men!! ARRESTED
Next articleSuper Singer Rajalakshmi’s Song Removed From “Viruman” ?? Here’s What She Has To Say

Vijayakanth better known as or Captain vijayakanth or Vijayakanth, is an Indian politician and film actor. He was the Leader of the opposition of the Tamilnadu Legislative...