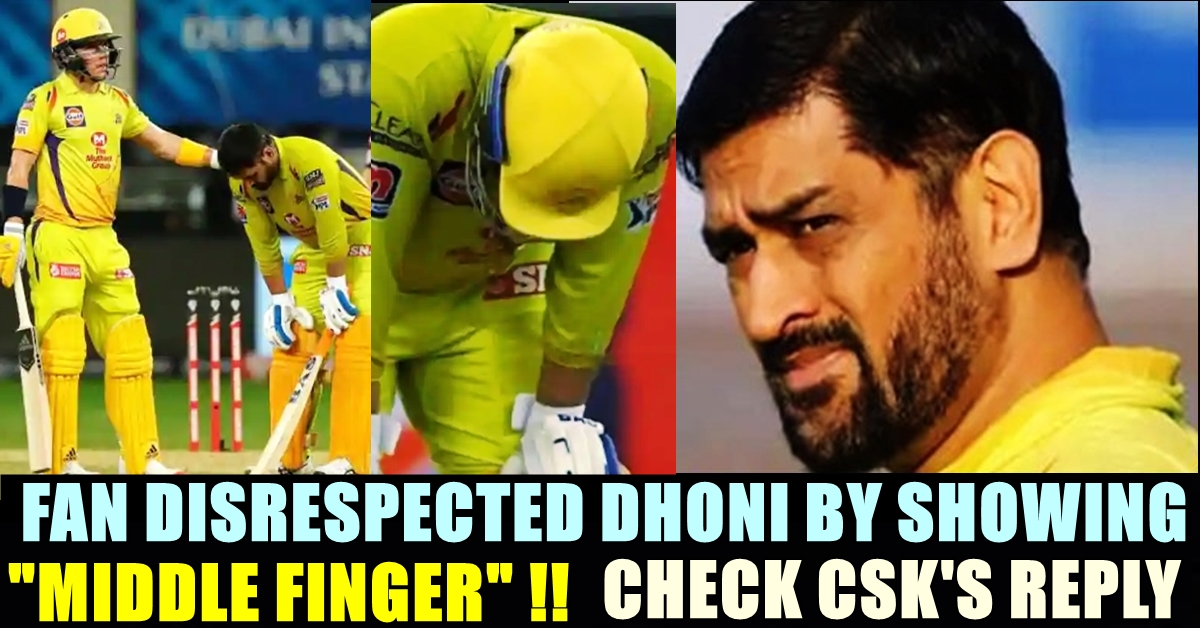 Social media accounts of team Chennai Super Kings is not only known for updating about the decisions took by the management, but also for the befitting replies to trolls and hateful comments. Chennai Super Kings team is one of the most loved franchise in Indian Premier League tournament. The team not only loved by the fans who belong to Tamilnadu but also by the fans across the world. The reason behind it is nothing but the captain who leads the team since the inaugural season of IPL. Though the team failed to qualify in the ongoing tournament, love for the team and its players still stays the same.

A recent reply gave by the official Instagram account of the team to a follower who posted a negative comment about Dhoni in one of their post, is going viral across the Internet. Unlike the past 13 years, team CSK couldn’t find a place in the play offs due to its poor performance. The team managed to get only 4 wins in the 12 matches it played so far. After winning the match against RCB on Sunday, a thin chance was visible for the playoffs but it faded away after Rajasthan Royals thrashed Mumbai Indians by chasing 195 runs on the same day.

CSK is a team that won titles two times back to back in the years 2010 and 2011. The team which came back in the year 2018, clinched the title one more time but failed to do it in the next year. The team lost the final of 2019 by just one run to Mumbai Indians. Now, when the team was expected to give a massive come back, it ended it journey halfway due to the poor performance in all the departments such as batting, bowling and fielding.

Captain MS Dhoni’s batting form also acted as a big worry for the team. He who is known for finishing games in the modern-era of cricket game, scored only 199 runs with an average of 28.42. The former Indian captain’s strike rate is just 118.45 and the highest score he managed to get is 45 not out.

Recently, CSK uploaded a promotional post by having Dhoni, Du Plessis and Watson in the picture. “Work while you work, play while you play, but health and safety over everything else.” read their caption.

Work while you work, play while you play, but health and safety over everything else. 🦁💛 #WhistlePodu #Yellove

In this post, a follower posted a comment criticizing Dhoni’s for by writing “CSK Biggest Weekness M.S Dhoni”. To write “Weakness”, the follower made an error by writing it as “Weekness” which grabbed the attention of the CSK admin.

“You are right. All 7 days of the week we think about him” CSK admin word played as usual. Check out the screenshot of the reply below :

This reply from CSK was loved by the fans of the franchise. They slammed the commenter Aryan and the way he showed finger in his reply deeply hurted them. Check out some of their replies below :

Comment your views on this reply of CSK and the reactions it is receiving !!

LEAKED : This Contestant Got Evicted From BIGG BOSS HOUSE !!
When Kamal Addressed About This Bigg Boss Issue 10 Years Ago !!
Advertisement