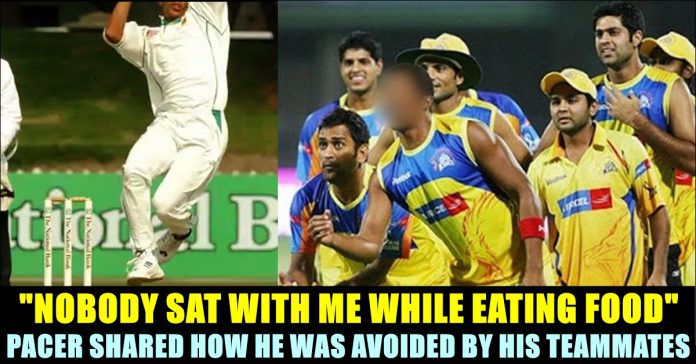 All we see in Television while watching a cricket match or a post match celebration of a match is happy teammates exhibiting a strong bond with each other. But the recent statements of South African pacer Makhaya Ntini made us realize the existence of internal politics within a successful international cricket team. The former national cricketer, while opening about racism, Ntini has alleged that he got isolated by his teammates.

Ntini is one of the most successful pace bowler team South Africa ever had. To his credits, the cricketer has 390 test and 266 one day International wickets. “I was forever lonely at that time”, Ntini, among the 30 former South Africa cricketers to come out in support of the Black Lives Matters movement, said in an interview with “South African Broadcasting corporation”. In Indian premier league, the cricketer played for Chennai Super Kings in the year 2008 and picked 7 wickets in the 9 matches he played.

Shaun Pollock, Mark Boucher, Lance Klusener and Jacques Kallis are some of the prominent players with whom Ntini played during his cricketing career. “Nobody knocked on my door to go for dinner. Teammates used to make plans right in front of me, skipping me out. When walking into the breakfast room, nobody came to sit with me” the 43 year old said. “They will have lunch, dinner, breakfast at the same time when you walk into the breakfast room but If you are the first one in breakfast room, the next person walking in would never come and sit next to you” he said.

We wear the same uniform and sing the same national anthem, but I had to overcome the isolation”. he added. The pacer further said that he used to avoid travelling in the team bus and preferred running to the stadium to deal with the isolation.

“I used to see the driver of the team bus, give him my bad and then I would run to the cricket ground. I did the same thing on the way back, I just ran back instead” he said. “People never understood why I did that, I never told them what I was trying to avoid. It became my best thing, I didn’t have to face any of it” he said.

“I was running away from the loneliness. If I was sitting at the back of the bus, they would prefer sitting in the front. Whenever we won, it was joyful but I was the first to be blamed when we lost” said Ntini who added that his son is facing the same.

“My son Thando has also experienced this, he was almost stopped from going on an U19 camp reasoning false pretenses” he said. Supporting the cricketer, Darren Sammy, West indies all rounder came up with a strong statement. He said that he always wanted to know about the secret behind Ntini’s fitness and now feels sad after knowing about the running between stadium and home. Shame on his teammates. You will always be a hero to us. he wrote in his tweet.

Yow this is sad and here I was wanting to be as fit as Makhaya Ntini not knowing the reason for all this running to and from stadiums. Literally running away from loneliness. Shame on his teammates. You will always be a hero to us. #MakhayaNtini ✊🏿✊🏿✊🏿✊🏿✊🏿 https://t.co/siQusV5esN