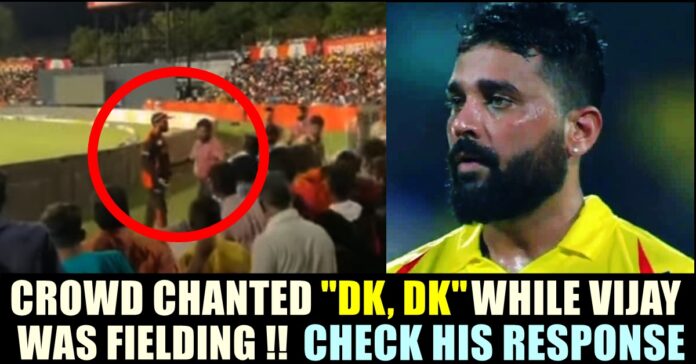 Crowd Chanted “DK,DK” While Vijay Was Fielding At The Boundary !! Here’s How The Cricketer Responded

A viral video showing famous Indian cricketer Murali Vijay reacting to the crowd who chanted “DK, DK” while he was fielding at the boundary line is making headlines in a number of cricket based media portals now. In the video, the crowd was seen chanting the name of “Dinesh Karthick” to get the attention of Murali Vijay who could be seen questioning them “why” with folded hands. One more video also surfaced showing the cricketer standing amidst the crowd and guards preventing him before he gets back to the field. The video is available in youtube under the title “Murali Vijay vs Fans fight”

Personal life of the former Chennai Super Kings player has always been under scanner among the public. Murali Vijay and Dinesh Karthik had been really good friends for a long time but it seemingly ended in 2012 after the latter came to know about the relationship between his wife Nikitha and Vijay. Dinesh Karthik divorced his wife, Nikita while she was pregnant with a boy and soon after that Murali Vijay and Nikita married each other according to reports.

Both Murali Vijay & Dinesh Karthik have kept mum and have kept themselves away from this issue. The three involved in this triangle have acted maturely and moved on in their respective lives rather than acting as a gossip material for media. Dinesh Karthik, later married to Deepika Pallikal and this new couple gave birth to a twins recently.

While Dinesh Karthick recently made it to the Indian team, Murali Vijay grabbed the attention of cricket fans after scoring an incredible century for his side Ruby Tricky Warriors in the ongoing season of Tamil Nadu Premiere League. After that notable innings, Murali Vijay went on to feature in his last game of this TNPL season against Siechem Madurai Panthers. Though he was not selected in the playing 11, Vjay was seen fielding for his team, as per the report of The 12th Man.

On seeing him fielding at the boundary line, a number of toxic fans who came to the stadium to watch the match, started chanting “DK, DK” to get the seasoned cricketer’s attention. Vijay who was encouraging fans to cheer more by clapping his hands at them, didn’t lose his cool but turned around asking “why ?” and gestured them to stop making that noise with his hands folded.

Check out some of the reactions the video received below : 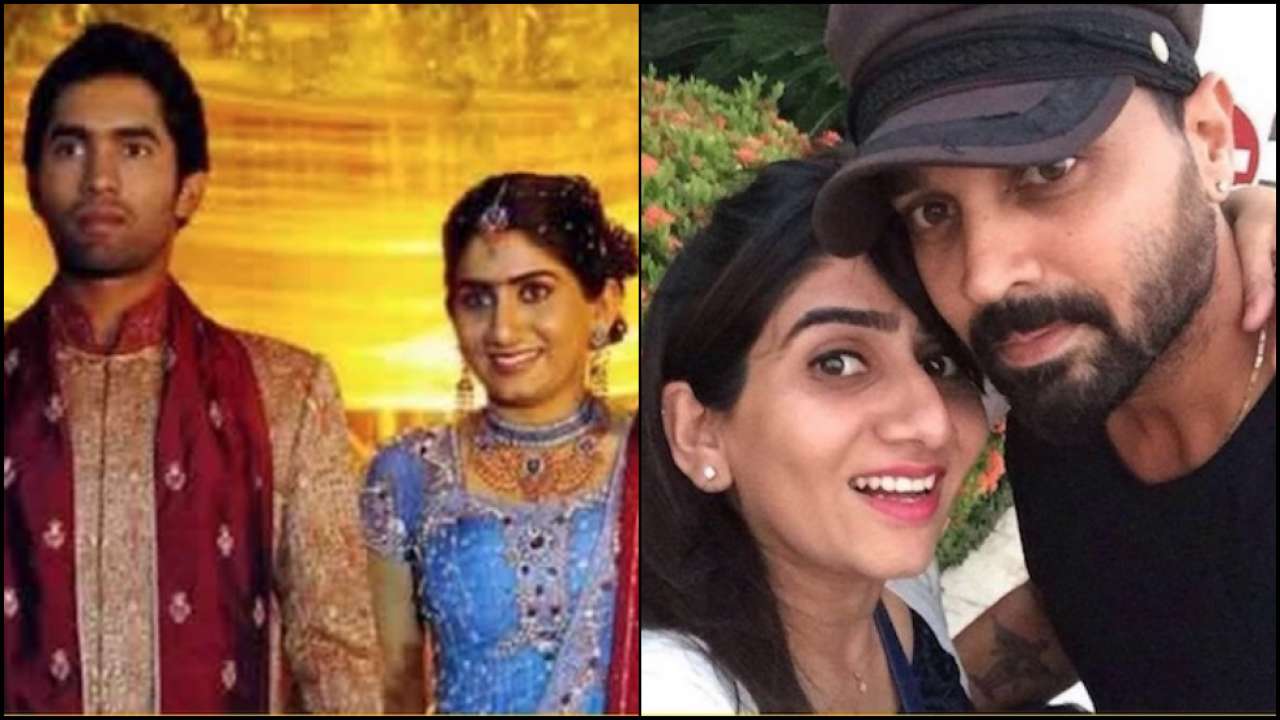 This is bad, they both moved on, let them live their lives.

JUST IN : This Popular Celebrity To Join BIGG BOSS-3 ?? Her Husband Confirms !!

As two of the Bigg Boss seasons were considered as big time entertainment by Tamil audience, the third part part of the show is...