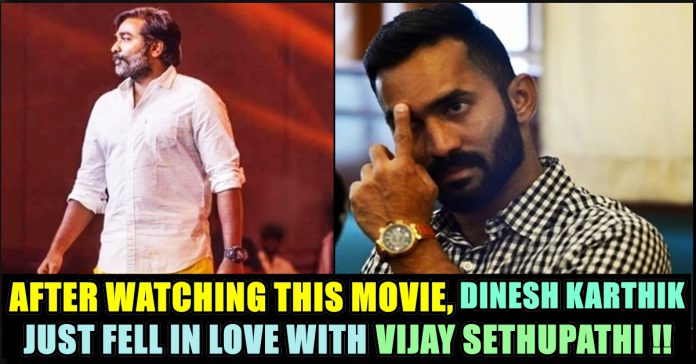 Cricketer Dinesh Karthik Fell In Love With This Film Of Vijay Sethupathi !! He Recommends Other Players As Well !!

Krishna Kumar Dinesh Karthik  is an Indian wicketkeeper-batsman who made his debut for the Indian cricket team in 2004 and has been a regular member of the team for varying periods since then, including a stint in 2007 as a specialist opening batsman and non-wicket-keeper. Karthik was a batsman in his junior career, but turned to wicket-keeping in order to improve his future prospects. 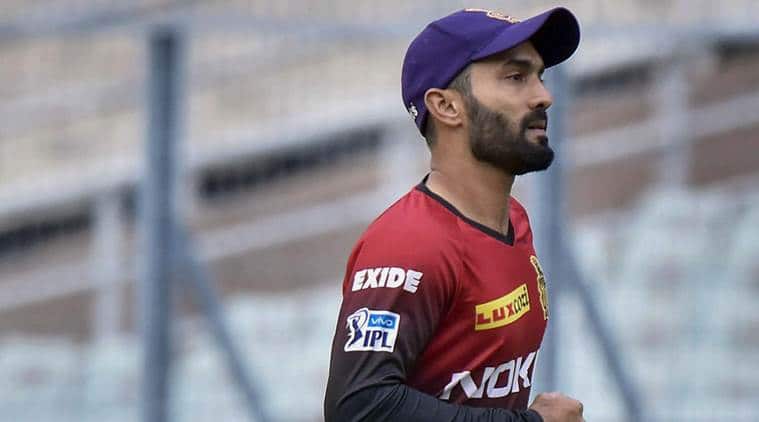 Star Indian cricketer Dinesh Karthik put up a tremendous show in the recently concluded T20 series against Australia. The lad from Tamil Nadu smashed 30 runs from 13 balls in the first T20 and came up with a timely partnership with skipper Virat Kohli in the third T 20, giving the ‘Men in Blue’ the much needed series-levelling win.

After a hectic T20 series, Dinesh Karthik took some time off the field and caught up with the recent super-hit Tamil film ’96’. The keeper-batsman was bowled over by the film and showered praise on Vijay Sethupathi for his brilliant performance in the movie. He also went on to appreciate the music in the film, especially ‘Kathalae Kathalae’ song. 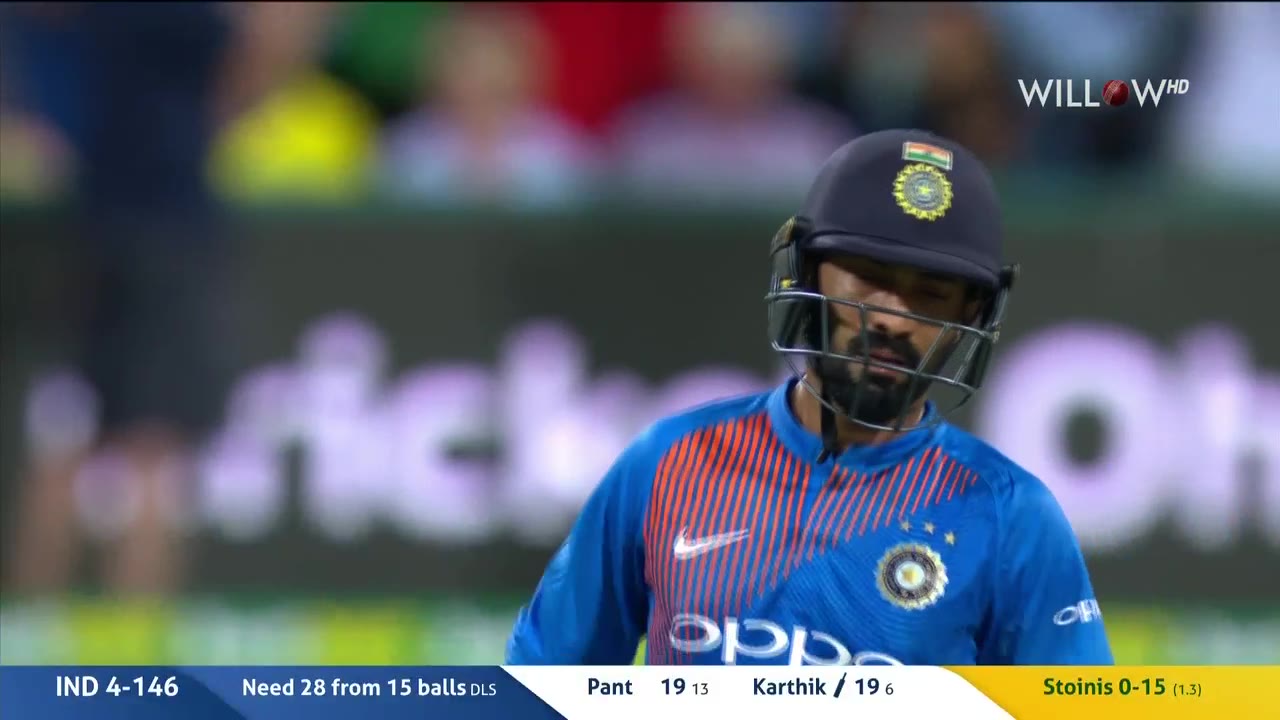 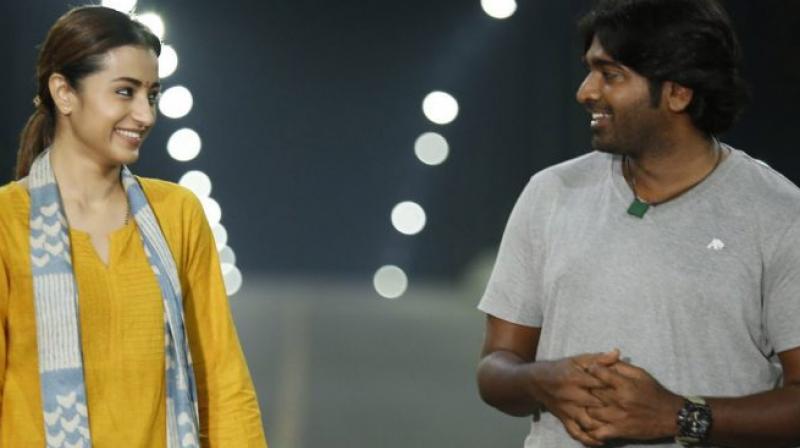 His tweet reads,” What a beautiful movie 96. I’m in love with it. my fav song Kathalae Kathalae, whatta song. Loved every frame in the movie and the music too.”

What a beautiful movie

I’m in love with it. my fav song kathalae kathalae, whatta song ❤️

Loved every frame in the movie and the music too .

In a tweet that followed he mentioned fellow Indian cricketers Washington Sundar, Abhinav Mukund and team fitness trainer Basu Shanker were big fans of the film. He said, “Been the biggest fan of Vijay Sethupathi for some time now. But was blown away by 96. Amazing. Govind Vasantha, outstanding. Kathalae on loop. Washington Sundar, Abhinav Mukund, Basu Shanker are big fans of this movie too. Ashwin Ravichandran how bout u?”

Been the biggest fan of @VijaySethuOffl for sometime now.but was blown away by 96.amazing.

Govind vasantha , outstanding.kathalae on loop.@WashingtonSund3,@mukundabhinav,@basu2013 are Big fans of this movie too.@ashwinravi99 how bout u?

It is really astonishing to see Dinesh Karthik found time to watch the movie in his hectic schedule. It would be really cool if Vijay sethupathi see this opinion of Dinesh Karthick and reply to him.

Check out some of the reactions his post received :

I don’t understand Tamil but just for @VijaySethuOffl sir i watched this movie and trust me he never fails to impress me what a performance sir.

Thxx for ur words sir.. #He is always best for Tamil cinema & his fans too@VijaySethuOffl bro is different type of Man of mass,Style, walk, speech, love, romance, acting.. He is do only own style & no 1 beat his carrier & films & acting.. He is 1 & only #VijaySethupathi 😍

What a wonderful way to make everyone inclusive!! Like that DK…

Vijay Sethupathi’s next venture is “Seethakathi” which is all set to hit the screens on December 20.

‘Seethakaathi’ happens to be the 25th film of ‘Makkal Selvan’, is directed by ‘Naduvula Konjam Pakkatha Kaanom’ fame Balaji Tharaneetharan while Govind Vasantha has composed the music for the film. Seethakaathi was a renowned philosopher who was born in Kilakarai in 1650 AD, but Balaji clarifies that his film isn’t a biopic. Veteran actor Archana of Neengal Kettavai-fame plays Vijay’s wife in the film, director J Mahendran, Bagavathy Perumal and Rajkumar will all be seen in pivotal roles.

Fan Included Prithi Ashwin In This Group Picture Of Indian Team !! Here’s How She Reacted !!

Ravichandran Ashwin one of the prominent spinners in Indian team is currently with Team India in their West Indies tour. In the two match...