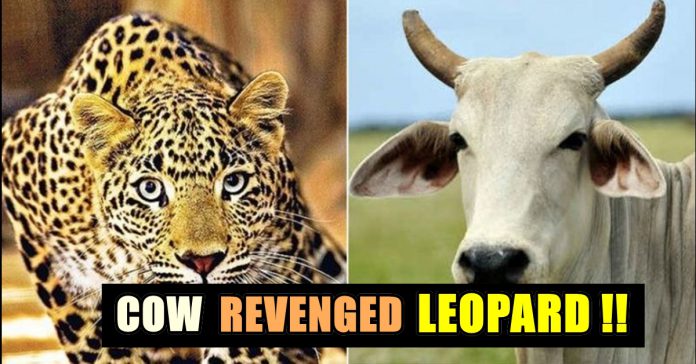 A leopard, which had suffered critical injuries in an attack by cows in Gautala wildlife sanctuary in Aurangabad recently, died this morning, a forest official said. The feline was being treated at Manikdoh Leopard Rescue Centre near Junnar in Pune district, where it succumbed to the injuries, the official said. 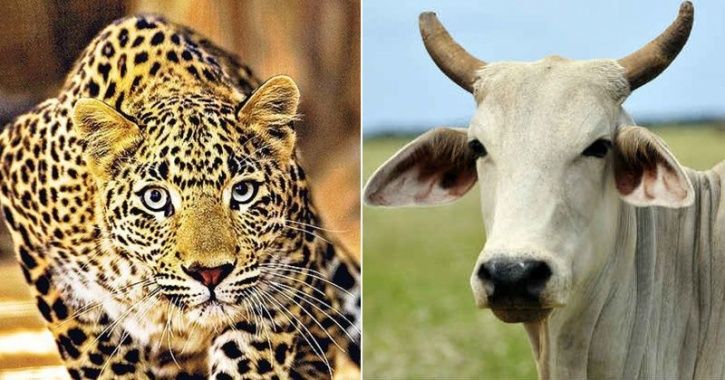 “After the leopard killed a calf at Bhambarwadi Shivar in Gautala on Monday morning, a herd of cows had charged at it. One of the cows lifted the leopard on the horns and flung it in the air,” forest officer Raosaheb Kale said. The leopard suffered fractures on the backbone and internal injuries in the attack, following which it was shifted to the rescue centre.
[wp_ad_camp_1] Dr Ajay Deshmukh of Manikdoh rescue center said, “The leopard was old and weak. Its vertebra had suffered fractures in the attack. The animal was responding to the treatment.”

Previous articleThese Rare Posters Of Tamizh Padam-1 Will Make Us Go ROFL !! Just Hilarious !!
Next articleFan Asked Shah Rukh Khan “How Many Times Do You Poop??” !! And To Our Shock He Replied !!

The teaser from Amala Paul’s upcoming movie Aadai was released on Tuesday on YouTube by Think Music India. The teaser has been successful in...

Rich Man Proposed To Marry Amber Heard After She Lost A Defamation Case!!

Through Instagram, a man from Saudi Arabia approached Amber Heard, former wife of actor Johnny Depp who lost a defamation case on Wednesday, to...