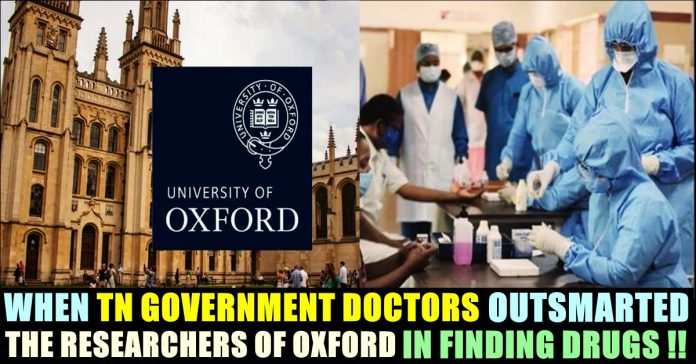 On 16th of June, Researchers of Oxford university announced that they had identified the first drug proven to reduce mortality from COVID 19. Named as “Dexamethasone”, the life saving drug acts as a cheap steroid that reduces deaths by a third among the most severely ill patients. The drug is an inflammatory that it already used to treat a variety of health problems, such as rheumatoid arthritis, eczema, asthma and some cancers. It was included in COVID 19 trial as steroids were tried as a treatment for SARS, a related lung disease.

Nearly 6 months have passed since the first positive case COVID 19 was discovered in Wuhan, China. Today, the deadly virus infected nearly 80 lakh people and killed more than 4 lakh people across the globe. Now, this discovery of Dexamethasone is considered as the most promising developments in the recent times, even as over a 110 groups are involved in researching round the clock to find a potential vaccine to stop the spread of the virus and to cure it.

As the entire world is lauding this discovery of Oxford university, a report of The Lede , claimed that the doctors from Tamilnadu found a much effective drug two months prior but couldn’t get their hands involved in researching and in publishing papers on their findings due to their hectic schedule on treating COVID 19 patients and saving their lives.

Dr. Paranthaman went on to add that the doctors of Tamil nadu are currently concentrated in saving lives rather than publishing papers. Dr. Raghunandan said that Methylprednisolone needs double blinds for approval to be announced as an effective drug to combat COVID 19 worldwide. “But we don’t have time to do these” said the doctor.

Sherin became a darling of Tamil television watching audience through the last season of reality game show Bigg Boss which was hosted by Ulaga...