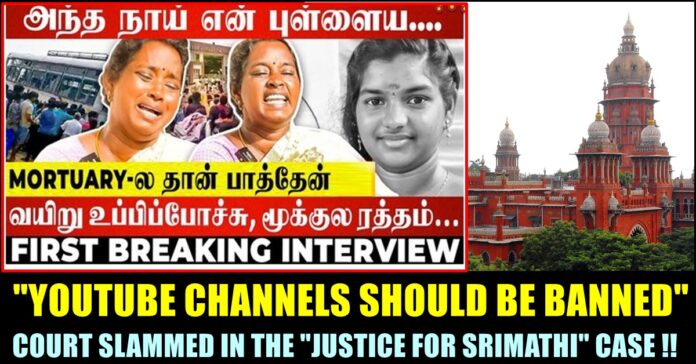 On Monday, Madras High Court made several questions regarding the protest that took place seeking Justice For Srimathi, a student who allegedly committed suicide at a private residential school located in Kaniyamur near Chinna Salem. Initially, reports suggested that the girl wrote a letter reasoning the cause of her death but her parents who had doubts in their daughter’s demise, staged a protest with their relatives.

According to police, more than 329 people who were involved in the riot were arrested. Now, on Monday, Madras High Court made a series of comments regarding the case. Firmly assuming that the protest didn’t take place in anger but a completely staged one, the court allowed for the post mortem of the girl’s body one more time and ordered the parents to do the final rituals in a peaceful manner. 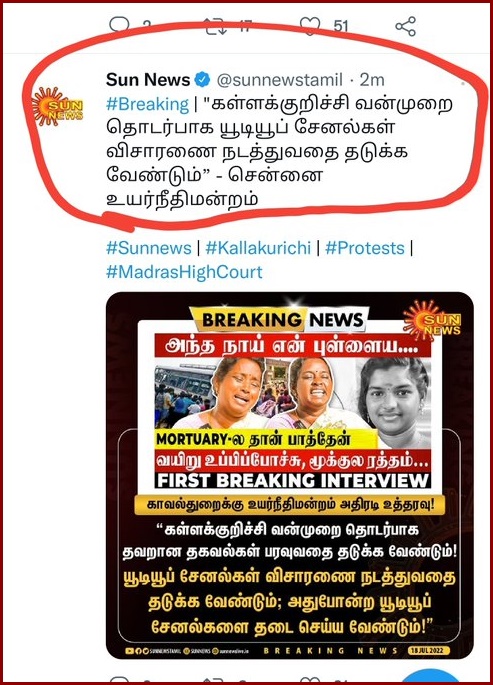 “Who gave you the rights to burn the Transfer certificates of students?? Who gave you permission to involve in a protest and who are people started violence?” the court asked.

“Why did you stage a protest after filing a case in court? Why court is functioning if public starts handling the law by themselves?” asked court to the parents of Srimathi. “Who is the root cause for the violence that took place?” the court further asked.

“A special team should be formed identify those who involved in violence in the school” the court further said. School Education moinister Anbil Mahesh has confirmed that actions will be taken to join the students of Sakthi matriculation school to other schools.

World famous "Village cooking Channel" makers made their movie debut through Kamal Haasan's Vikram and has released a video thanking the team for their...