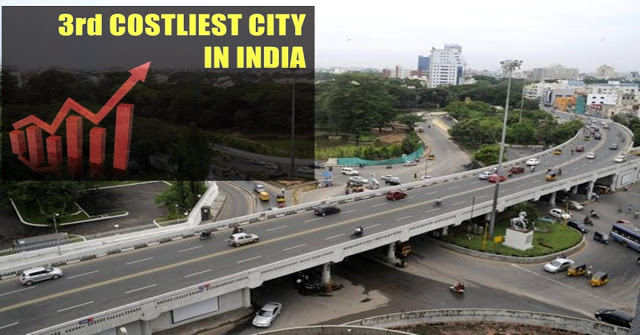 An estimated four per cent inflation in clothing and footwear and around 13 per cent rise in house rentals has retained Chennai its tag as the third most costly city in the country.
The Cost of Living survey by Mercer, a New York-based human resources consulting firm, has estimated Chennai is next only to Mumbai — the country’s costliest city — and Delhi. The survey calculates the cost of living based on 200 items, ranging from housing to transport, that expats typically spend money on. The survey was to help multi-national companies decide salary levels when posting their employees across globe.
However, globally Chennai slipped by one rank and was the 158th costliest city. Last year’s survey by the firm estimated that Chennai was 157th costliest city in the world.
“Chennai is the most expensive when it comes to clothing and footwear. And this category has seen an inflation of 4 per cent over last year,” said Ruchika Pal — India practice leader, Global Mobility at Mercer.
Surprisingly, on overall cost of living index, the survey found that Chennai is just 5 per cent less than that of Delhi. The survey also found that the cost of grocery, dairy and poultry products in Chennai is comparable to that of Mumbai and Delhi.
But it is the house rentals that have seen the sharpest increase in the last one year in Chennai. The survey said that compared to last year’s study, house rentals have seen a spike of 13 per cent.
If it was anybody’s assumption that the state monopoly in liquor sales may have made alcohol cheaper in Chennai, it’s false. According to the survey, Chennai ranks second, only after Mumbai, in cost of alcohol and tobacco. May be the expats are not aware of the state-run TASMAC shops yet.
While Chennai’s cost of living may be a source of concern for the common man, its neighbour Bengaluru, which is ranks 22 places below Chennai in the global list, is fast catching up. While it has jumped by three places from 183 in 2015 to 180 this year, Bengaluru has seen very sharp rise in inflation. Among Indian cities, Bengaluru saw the highest rise in annual inflation from 3.27 per cent to 6.08 per cent.
Source-TNIExpress