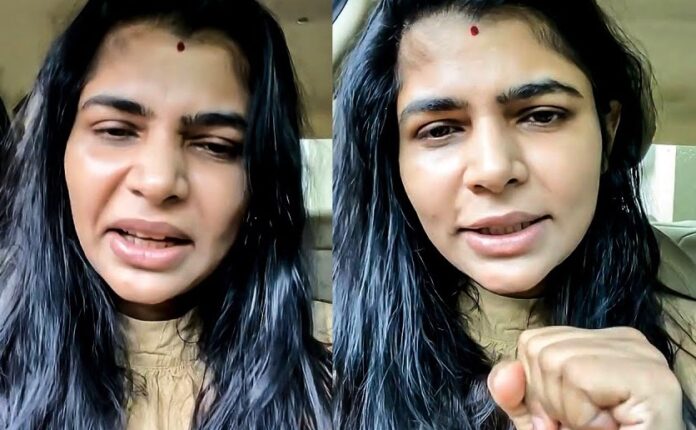 Popular singer Chinmayi Sripaada has accused Vairamuthu by alleging that she was asked to “cooperate” and visit him in a hotel. In the wake of #MeToo movement, there were plenty of other women who have accused Vairamuthu on the basis on anonymity. But singer Chinmayi chose to tweet. She had recalled an incident that a concert organiser asked her to “co-operate” and visit Vairamuthu in his hotel room. She said that the happened in 2005 or 2006.

Ever since calling Vairamuthu out, Chinmayi has been raising voice for the victims of sexual harassment and molestation through her social media handles. On June month of this year, Chinmayi made it public that she got blessed with a twin babies, a boy and a girl and responded to the rumours and speculations on whether she gave birth to the children through surrogacy.

The singer said that only the innermost circle of people know about her pregnancy as she was protecting herself and also confirmed that the pictures of their children wouldn’t be uploaded in online for a long while.

Most recently, she uploaded a picture of herself feeding milk for her babies and added a caption that said “Tandem feeding be like.. Best feeling in the world. Le back and shoulders have a different voice though” through her caption.

Among the many who commented wishing Chinmayi and sharing her joy, a miscreant came up with a comment that read “Congratulations Vairamuthu sir”

Responding to such toxic comment, the singer said “I post this. And then one tamil guy posts this. Honestly the top reason I didnt post my pregnancy in addition to the miscarriage fear is rape apologists lovers coming and telling me my molester is now the father of my children. Namma oor porukkinga porukkinga dhaan. 🙂 rathathulaye oorunadhu. Valarppum apdi” by uploading the screenshot of his comment to expose him. 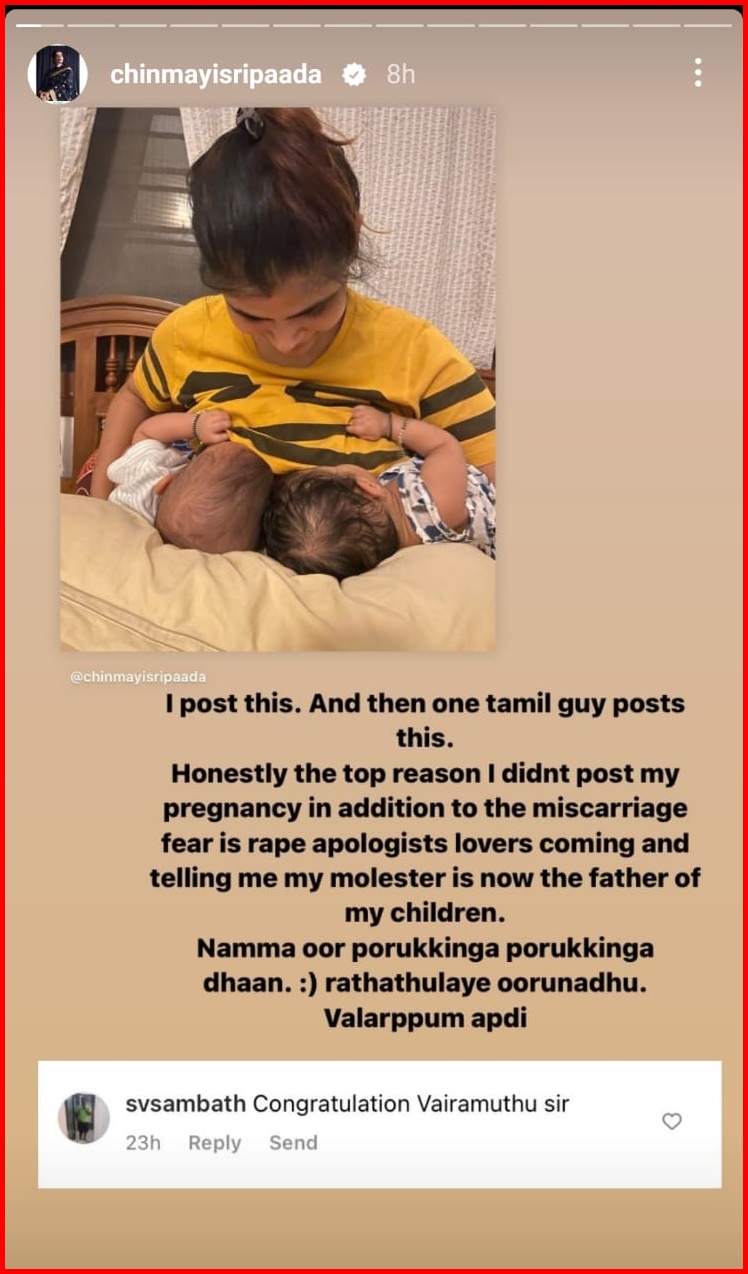 Budget For A Single In Legend Saravana’s Movie Shocked Internet !!

Legend Saravana who is known among Tamil cinema audience for his appearance in his own store's advertisement is busy in acting for his debut...

Video of self proclaimed goddess "Annapoorani" appeared in front of media for the first time after her videos went viral in the online platforms....