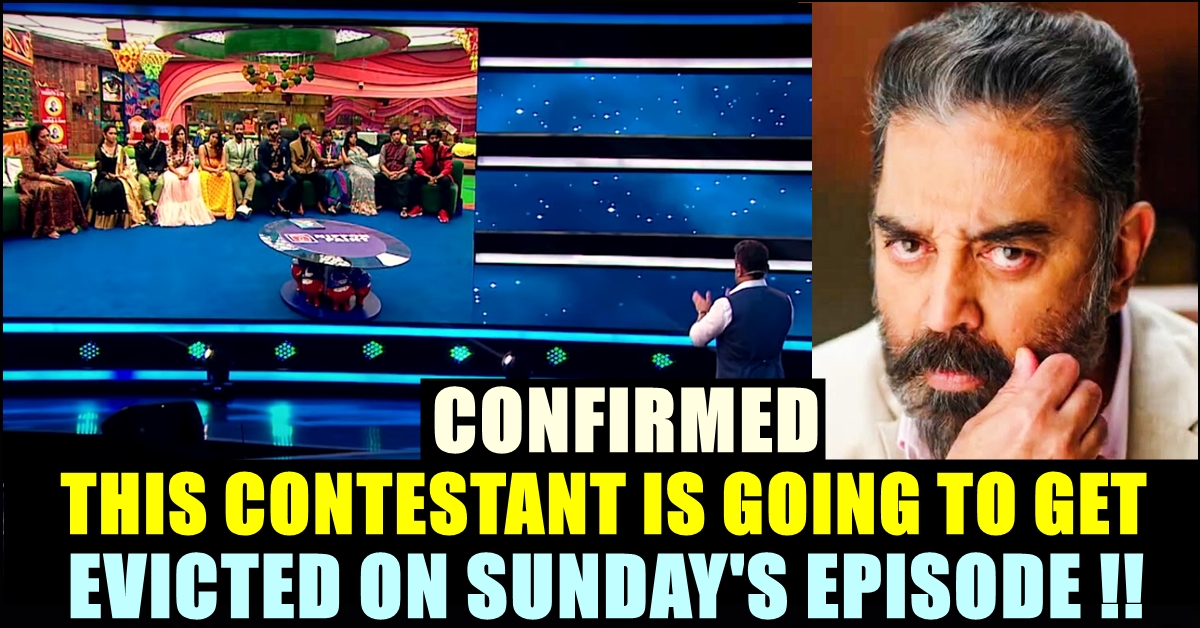 As it has been confirmed that Jithan Ramesh is going to get evicted on Saturday’s episode, details on the eviction for the Sunday’s episode also leaked. In the three promotional videos that got released today, Ulaganayagan Kamal Haasan reminded audience about his warnings to the contestants on forming groups inside the Bigg Boss house.

“I have told them several times not to form groups while playing the game. But they haven’t listened to my words. I also warned them about getting evicted with their partners but they didn’t care. Now, as far as I know, there two evictions this week” said Kamal Haasan in the first promo.

In the second promo, Kamal condemned Nisha for dragging Arcahana’s father to break her emotionally. Though she denied doing it intentionally, Kamal didn’t convince which left Nisha in a dejected state. “You can’t use such strategy without thinking about it” Kamal said.

The third promo showed Kamal Haasan sending Nisha to the lounge for being the boring performer of the week. He also could be seen sending Somshekar to the store room and Jithan Ramesh to the confession. The “Virumandi” actor says that the evicted contestant will meet him on stage.

AS the shooting for Sunday and Saturday got completed, Earlier, it was reported that Jithan Ramesh is going to get evicted on Saturday’s episode. As far as the Sunday’s episode is concerned, it has been confirmed that Nisha got evicted from the show.

Nisha who entered Vijay TV as a contestant in “Kalakapovathu Yaru show”, got the opportunity to participate in the Kamal Haasan hosting show. In the 69 days she stayed, the stand up comedienne failed to impress the audience as she restricted herself within a group that consisted Rio, Archana, Soma shekar and Jithan Ramesh.

Nisha always said that she wants Rio to win the game and she will support him in every possible way. This nature of Nisha didn’t impress audience much as a result of which she got evicted from the show due to the less number of votes she received.

As said earlier, Jithan Ramesh is the other contestant who got evicted from the show. Ramesh is widely known among mainstream audience for acting in a supernatural thriller film “Jithan”. After entering the house, he performed the tasks well and wanted to avoid getting the unwanted attention of being a son of a producer. This attitude of the actor went well with the audience which made him to stay inside the house for 68 long days.

However, as soon as he started getting mingled with the group led by Archana, his unique qualities and abilities started getting faded. He failed to grab enough footage for himself after he found himself comfortable while being with the group which consists Nisha, Rio, Som and Archana. As a result of it, he received less number of votes from the audience and is walking out of the show now.

Comment your views on these contestants getting evicted from the Bigg Boss show!!

Fans Got Extremely Angry On Seeing This Headline On Natarajan’s Insta Posts !!
Rajinikanth Fans Got Disappointed On Kamal Haasan !! Check Why