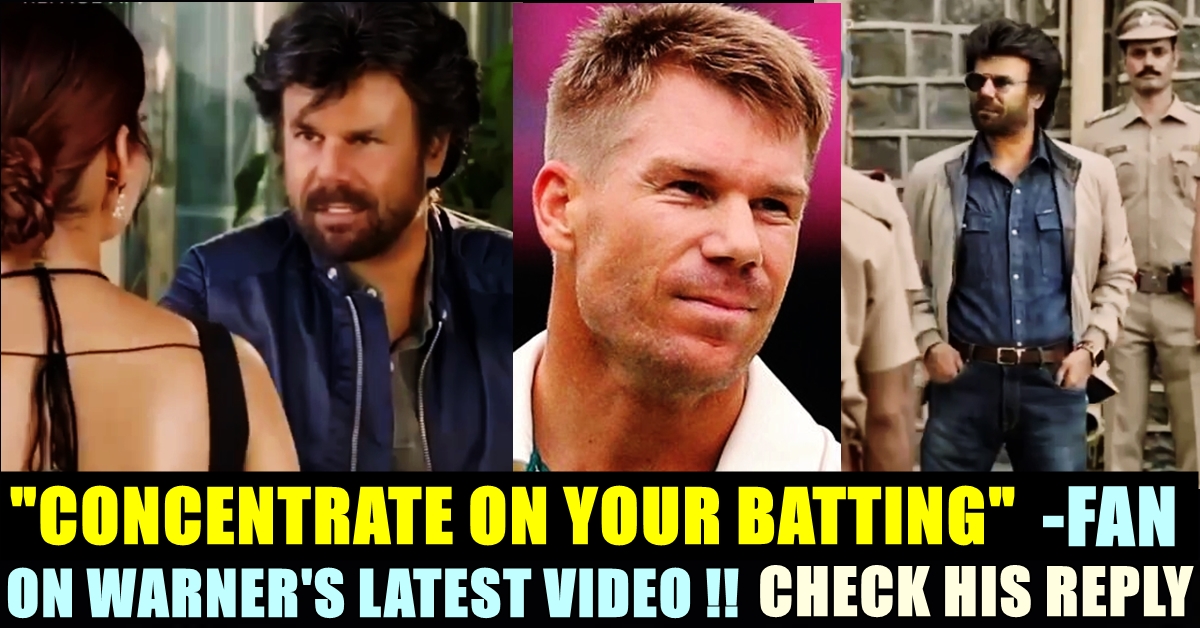 After finishing day three of the test match between Australia and India, Australia’s star opener David Warner came up with an Instagram post recreating a scene from popular Bollywood film “Dhoom”. He morphed Hritik Roshan’s face with himself and added a video expressing his wish of becoming a actor. On seeing the video, many fans from India commented on his post and a follower even asked him concentrate on batting. The reply Warner gave to him is trending now.

Team Australia finished Day three with 197 runs lead. Smith and Labuschagne are in crease and Warner who opened the innings for Australia, got out on 13. Ravinchandran Ashwin got his wicket through LBW and Warner wasted a review of Australia on his way to the pavilion. Now, minutes after the stumps of Day three, Warner came up with a post in Instagram.

To our surprise, the post is not about something related to the match. He uploaded a short video from “Dhoom” film by morphing his face into Hrithik Roshan’s using a mobile application. “😂😂😂 easy one for tonight #actor #movie” caption of his post read.

On seeing this video, many of his 53 lakh followers came up various kind of reactions. A fan named Ahmed, commented asking the cricketer to concentrate on his batting. “Concentrate on your batting please….” said the comment of Ahmed and it became one of the top comments.

Replying to it, Warner, without losing his nerves, asked “haha was it not good today”. The comment of Warner garnered 1000 plus likes from his followers and many advised Ahmed not to mind his own business.

Here’s the screenshot of Warner’s reply :

Check out some of his other replies to other fans :

David Warner has been winning the hearts of Indian fans since the lockdown was implemented. After doing Tik Tok videos based on Telugu songs and dialogues, Warner also started impressing Tamil fans by posting videos imitating the Tamil stars. Most recently, he morphed his face with Tamil actor Suriya, Superstar Rajinikanth and grabbed the attention of Tamil cinema audience. He is also replying to the fans of the actors uninterruptedly.

Check out some of his recent video below :

David Warner is an Australian left handed cricketer who is representing his team in all the three formats. His terrific batting skills and athletic fielding abilities had gained him the world wide recognition. In Indian Premier league, Warner has been leading Sunrisers Hyderabad team. He is one of the main reasons for Natarajan’s existence in the national team now.