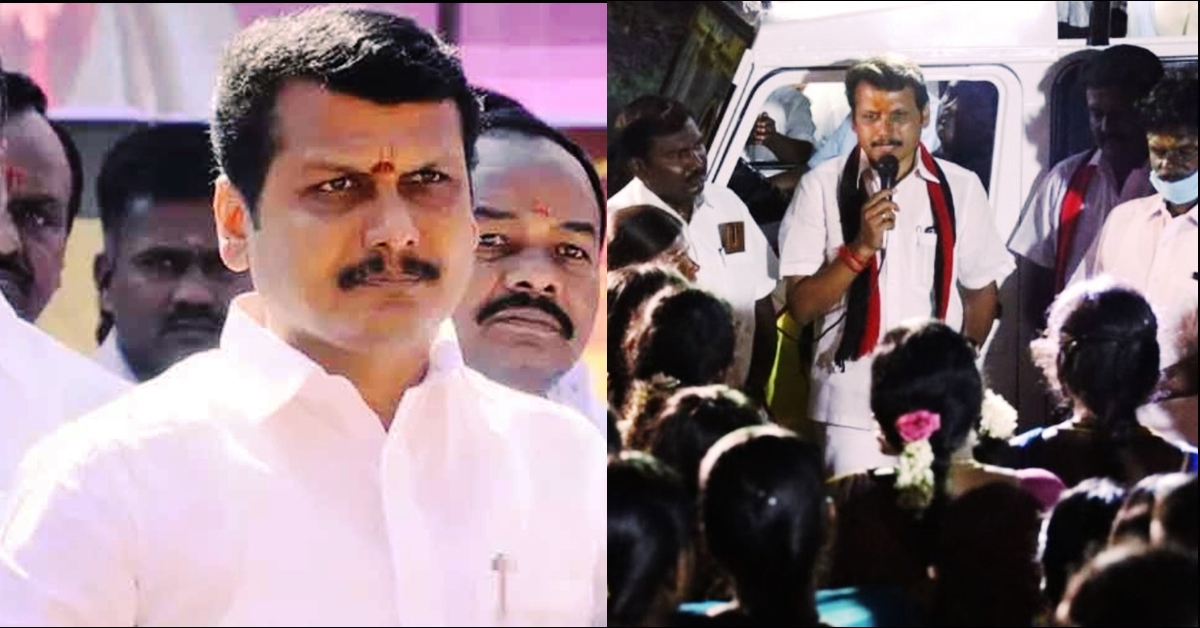 The ruling party AIADMK filed a complaint with the chief electoral officer against DMK’s Senthil Balaji for allegedly threatening government officials while addressing the people who belongs to the constituency he is going to contest in. Several political party leaders including MNM’s Kamal Haasan condemned the speech of the DMK politician. V Senthil Balaji, elected from Aravakkurichi in 2016 on an AIADMK ticket, was disqualified in 2017 for aligning with T T V Dhinakaran. The next year, he joined the DMK and won from the same segment in the bypoll held in 2019. He was the transport minister between 2011 and 2015 in late J Jayalalithaa’s Cabinet.

Senthil Balaji is going to contest in Karur on behalf of Dravida Munnetra Kazhagam led by MK Stalin. On 17th of March, while interacting with the people of his constituency, Senthil Balaji has promised that if his party is voted to power, sand mining will be allowed in the state and any government authority trying to create a problem will be terminated immediately.

“If Thalapathy Stalin takes oath as the Chief minister at 11 : 00 AM, then at 11 : 05 AM, you all can directly take your bullock cart into the river for sand mining. No officials could stop you. if you stop you, call me immediately, he will be removed immediately” the politician could be seen saying.

DMK leader Senthil Balaji says " When DMK comes to power , Stalin will take oath by 11 AM, you all can start stealing River sand by 11.05 am, lets see which officials stop you "

Do you want these goons to come to power ? pic.twitter.com/VBoJqldEJm

Justifying his speech, Senthil Balaji said that he is seeking legal permission from Public Works Department to help 15,000 Agricultural workers in getting sand through their bullock cart. “They are allowing the farmers in our neighbouring districts such as Trichy and Namakkal. We are awaiting for the court’s judgement and promised the same in our election campaign” Senthil Balaji said while replying to Kamal Haasan.

Now, the ruling party has registered a criminal case against Senthil Balaji and said no one had a right to transport and sell river sand without permission from authorities, as per an order of the Madras high court. The AIADMK alleged that Balaji’s speech was a “contempt” of court, violated poll rules, misled the general public, disrespected government servants and “threatening” government officials and urged registration of a case against him.