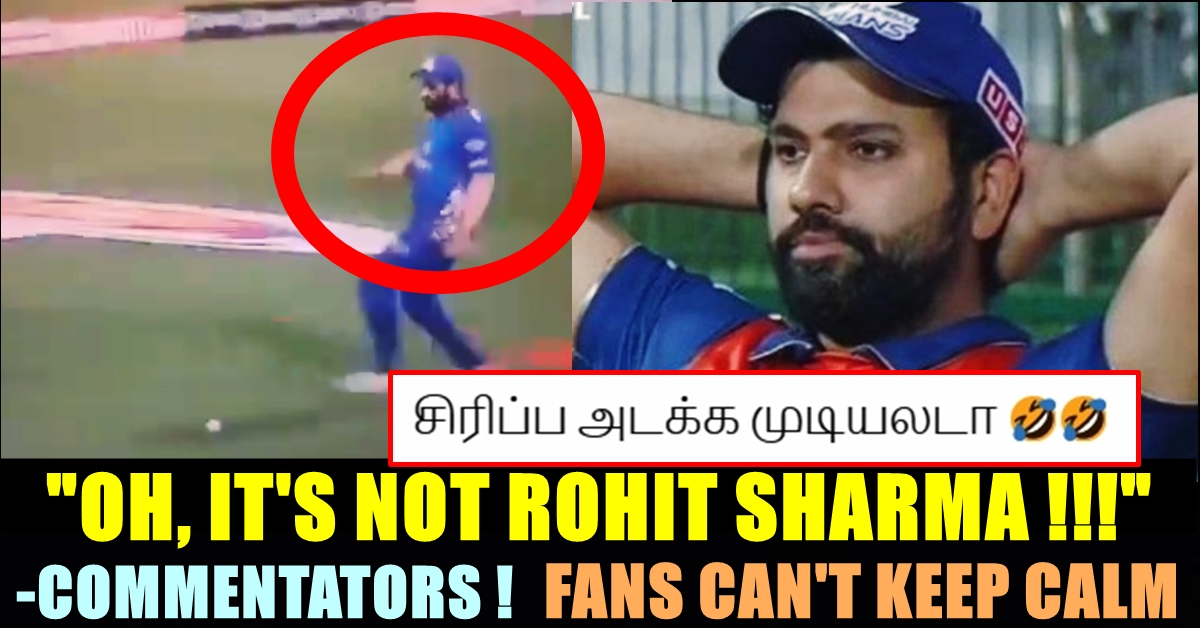 Rohit Sharma returned to his team Mumbai Indians after a long gap on their match against Sunrisers Hyderabad. The cricketer’s hamstring injury caused his exclusion from the squad of Team India for the upcoming Australia tour. His exclusion created hue controversy despite BCCI’s statement which said that his health update will be monitored thoroughly. “The BCCI Medical Team will continue to monitor the progress of Rohit Sharma and Ishant Sharma.” they said in their tweet.

The BCCI Medical Team will continue to monitor the progress of Rohit Sharma and Ishant Sharma. #AUSvIND

Surprisingly, on the very same day, official twitter handle of Mumbai Indians came up with a video showing Rohit Sharma practicing in the nets, fuelling the speculations of Rohit’s injury and seriousness. Watch the video below :

Meanwhile, On 3rd of November, Rohit Sharma entered the field representing his side as captain. In the match, he just scored 4 runs and failed to make his team win. Former Indian captain and former Indian team chief selector Dilip Vengsarkar condemned the cricketer’s participation in the match despite of the injury. “Is IPL more important than playing for the nation ?? or the physio of BCCI made a mistake in diagnosing Rohit’s injury correctly ?” he questioned.

Bolt and Bumrah didn’t take part in the match and SRH registered a 10 wicket win in the match and qualified to the play offs by officially eliminating Kolkata Knight riders. Saurabh Tiwary who filled the shoes of Sharma during his absence also got a chance to bat for his team.

Now, an incident that took place during yesterday’s match has grabbed the attention of the netizens. When SRH were batting at 64 for 0, Warner, in the over of Rahul Chahar tried to hit a boundary. The ball was fielded by Saurabh Tiwary. On seeing the video clip, one of the commentators who realized that it is not Rohit Sharma, said “”Oh , it’s not Rohit” and apologized to the audience.

" Ohhh, it's not Rohit " 😂pic.twitter.com/lLUZkIqR6f

Users of Internet couldn’t keep calm on hearing the commentary. They laughed their lungs out and shared the video across all the social media platforms. One of a twitter user trolled Rohit by saying that we couldn’t differentiate between Rohit Sharma and West Indies player Cornwall who is known for his appearance.

It is notable that former opener Virender Sehwag caught in controversy for comparing Rohit Sharma and Saurabh Tiwari with Vada Pav and Samosa Pav. “Pollard won the toss and decided to bat first. Rohit wasn’t playing. But so what if Vada Pav is injured ? His spot was taken by Samosa Pav. I mean Saurabh Tiwary. Understood why ?” the cricketer winked at his followers while talking about a match of Mumbai. Read : Fans Got Upset On Seeing Sehwag’s Inappropriate Comment !!