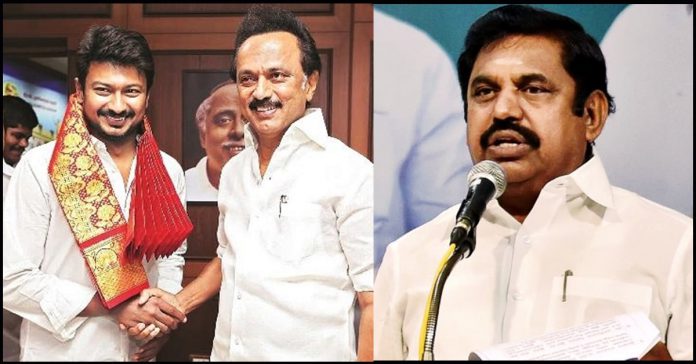 Nearly half of the 173 nominees are sitting MLAs and the party is locking horns with their arch rival AIADMK in over 100 seats. Party president M K Stalin is seeking a third term from the Kolathur constituency. He will file his nomination on March 15. His son Udhayanidhi Stalin is making his electoral debut from the Chepauk-Triplicane constituency. The constituency was represented by his grandfather, late M Karunanidhi for three straight terms since 1996.

DMK has allotted 61 seats to its allies, with the Congress taking the lion’s share of 25. DMK is contesting the polls in alliance with the Congress, the Left, MDMK, VCK and other smaller outfits, apportioning them a total of 61 of the 234 seats. Meanwhile, during his election campaign at Vazhapadi of Salem, current chief minister Edappadi K Pazhaniswamy has criticized DMK for their dynastic politics.

“The family of Karunanithi is filled with dynastic politics. Two years ago, MK Stalin said that no one from his family would enter politics and he forgotten it today by giving ticket to his son Udhayanithi Stalin.” said Chief minister Edappadi K Pazhaniswamy at the rally. “Why shouldn’t a Pazhaniswamy, Ramasamy or Kuppuswamy represent a political party ? Why it should always be Karunanithi, Stalin and Udhayanithi ??” he further questioned.

“Through this election, I want you people to show that a politician must to good for the people to win the election. Let’s put a full stop to this dynastic politics.” said Cheif minister Edappadi K pazhaniswamy and named the family members of MK Stalin who are representing various important roles in the DMK party.