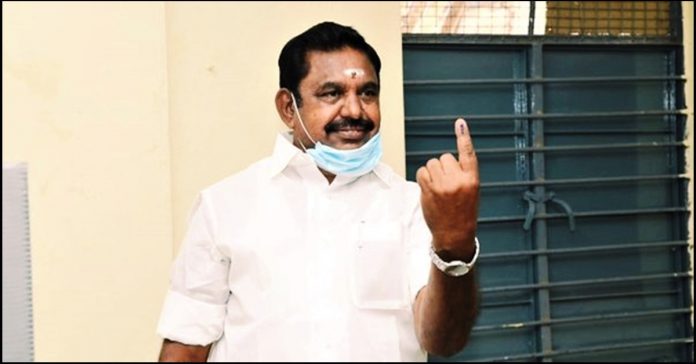 CM Edappadi K Pazhaniswamy Casted His Vote At Siluvampalayam & Urged Public To Do Their Duty !!

After casting his vote at a polling station that was located at a primary school in Siluvampalayam of Salem district, Chief minister Edappadi K Pazhaniswamy urged public to cast their votes without fail. “I appeal to all to cast their vote in the legislative assembly elections” said Chief minister Edappadi K Pazhaniswamy while interacting with the public.

Chief minister Edappadi K Pazhaniswamy casted his vote by following all the norms of COVID 19 outbreak and stood in a queue before voting. It has been reported that the Chief minister has sprinkled flowers and paid his respects to the photos of his late mother Dhavasiyammal, late chief ministers MGR and J. Jayalalithaa.

Virender Sehwag said MS Dhoni got away lightly after he lashed out at the umpires over a no-ball controversy during Chennai Super Kings' thrilling...

BIG STATEMENT : Ravi Ashwin Wants His Team Batsmen To Play Like This One CSK Batsman !! : Check Out Who !!

After suffering a 10-wicket defeat against Royal Challengers Bangalore, Kings XI Punjab skipper Ravichandran Ashwin reckons that the team has a problem in the...