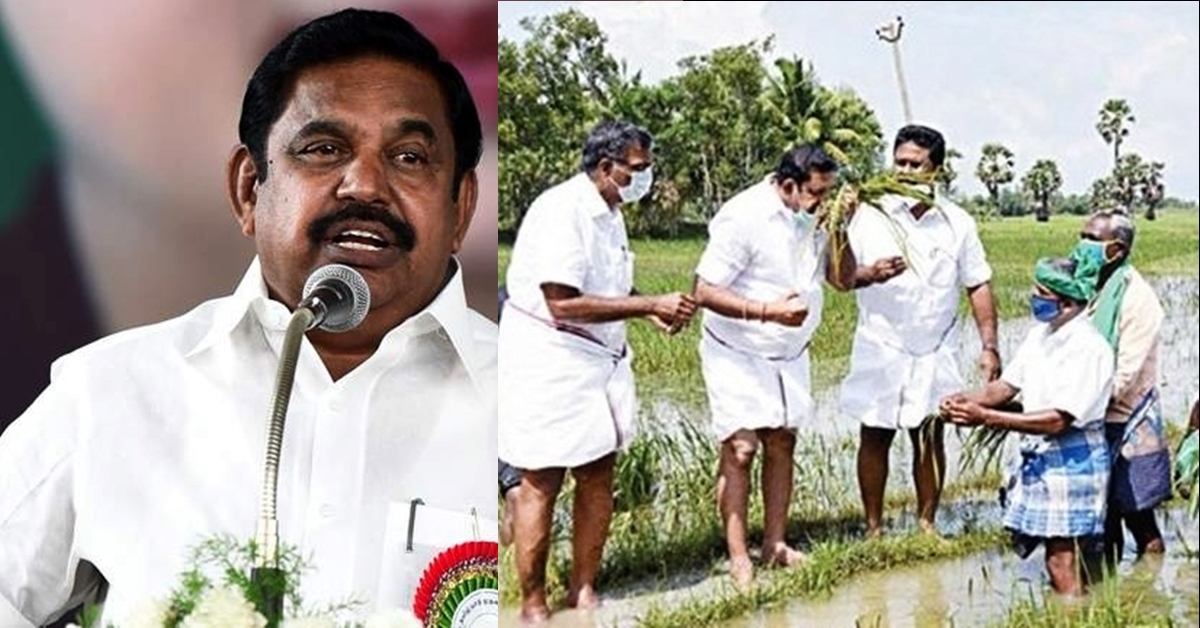 On Monday, Tamil nadu chief minister Edappadi K Pazhaniswamy announced a relief of Rs. 1,116.97 crore, considering the damages meted out to agricultural and horticultural crops in January rains. It has been reported that an inter-ministerial central team will visit the state on February 3,4 and 5 to discover the damages in the affected districts to report to the centre for assistance.

The relief is going to benefit 11.43 farmers in the state, is expected to be extended, said Chief minister Edappadi K Pazhaniswamy in a statement in anticipation of Central assistance. The report has said that the relief will be credited directly in the bank accounts of the farmers.

Chief minister Edappadi K Pazhaniswamy said that the paddy and other crop suffered extensive damage due to the heavy rains and extremely heavy rains in the month of January and ordered agriculture and revenue officials to assess the crop damages in a war-footing manner taking into account the losses suffered by the farmers. Apart from that, it is notable that storms like Nivar and Pruvi also gave a good rain and Farmers in the delta districts got destroyed in a large manner.

Arrangements are being made to provide relief to 6.81 lakh hectares of agricultural and horticultural crops. Rs 543.10 crore has already been credited to farmers’ bank accounts for storm relief, according to reports.

Subsequently, 136.3 mm of rainfall was recorded in January in response to the normal rainfall of 12.3 mm. It received 1,108 percent more rain than normal. The delta and southern districts of Tamil Nadu received 25 cm of rain in 24 hours, Chief minister Edappadi K Pazhaniswamy said.

It is also reported that the Chief minister has announced free 2 GB data for college students to attend online classes for three months. For 9,69,047 students, 2 GB data card is going to be provided in daily basis till April month, Chief minister Edappadi K Pazhaniswamy said.

Twitter Restricted Actor Siddharth From Tweeting About BJP ??
How Many Views “Master” Garnered In Amazon Prime So Far ?? Check Out