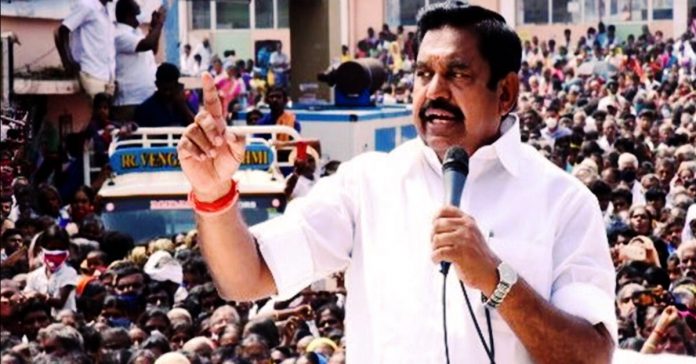 Chief minister Edappadi K Pazhaniswamy’s strategy of making important announcements of the day of election date announcement, to attract the votes of public is being lauded by the Political analysts. Knowing that he couldn’t make new announcements after the date of election is announced, the Tamil nadu chief minister waived off the Jewel Loan obtained by farmers through cooperative banks and also cancelled the loan took by the members of woman self help groups. This move from him to attract the public is being widely appreciated in the circle of Tamil nadu politics.

It is very well known that the rules and regulations regarding the election process will come into effect as soon as the date of the election is announced. Ruling parties couldn’t initiate schemes or make announcements soon after the rules are announced. While press and media portals were waiting for the election commission to announce the date of election, Chief minister Edappadi K pazhaniswamy, at the Tamil Nadu Legislative Assembly Meeting, made two important announcements to attract the public.

In the meantime, the Tamil Nadu Assembly also passed the Vanniyar’s Reservation Bill. It provided 10.5% internal reservation to Vanniyars within the Most Backward Classes category. Chief minister Edappadi K Pazhaniswamy said that it is not a complete report and promised to change it. Political parties got surprised with this move of Chief minister Edappadi K pazhaniswamy who is being appreciated widely. It is believed that Edappadi K pazhaniswamy has attracted the north and west region.

While other political parties are making announcements about the schemes they are going to implement in the future, Chief minister Edappadi K Pazhaniswamy has practically waived off the crop loans, jewel loans obtained by the farmers and also waived off the loans obtained by woman self help groups to knock out his opponents during the final minutes.