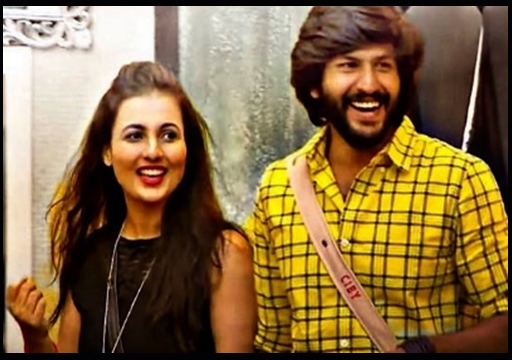 Bigg Boss contestant Ciby’s wife Shloka reacted to his decision on walking out of the  house with a cash prize of Rs. 12 lakh. She who is not used to praise him, said that the recent decision he made inside the Bigg Boss house makes her blush. Shloka felt extremely happy about her husband walking with her head held high and about stealing so many hearts. She looked excited about Ciby’s upcoming projects and invited her husband to make omelette and coffee for her.

Ciby is known among Tamil cinema audience for playing the role of a student of actor Vijay in the recently released film “Master”. Prior that, the actor made his debut through a film named “Vanjagar Ulagam”. The aspiring actor who was believed to become one of the finalists of the show, left the house after the cash prize which improved from Rs. 3 lakh to Rs. 12 lakh.

During start of the week, actor Sarath kumar who entered the Big Boss house to promote one of his upcoming web series, provided a suitcase that contained Rs. 3 lakh and invited any of the contestants to take it and leave the house. No one showed interest to grab the suitcase due to less amount as a result of which, the price money kept increasing.

While contestants were discussing about how much they would like to get to walk off the show in midway, Thamarai said that she won’t touch the suitcase even if it provides Rs. 1 crore. When the amount got increased to Rs. 12 lakhs, Ciby came forward to take the money and left the house. He said that his confidence level about winning the contest decreased and he left the house with the money for that reason.

As soon as the episode got telecasted, many of the show’s viewers opined various kind of opinions. Meanwhile, Ciby’s wife Shloka came up with an Instagram story expressing her happiness over her husband’s decision. “I don’t usually praise you.. now….. okay lil blushing is happening… I’m very very very proud of you…you walked out with your head held high and stole soooo many hearts …. now Surprise us on big screen. oyeee married bachelor come home and make tea and omelette for me” Shloka’s post read. 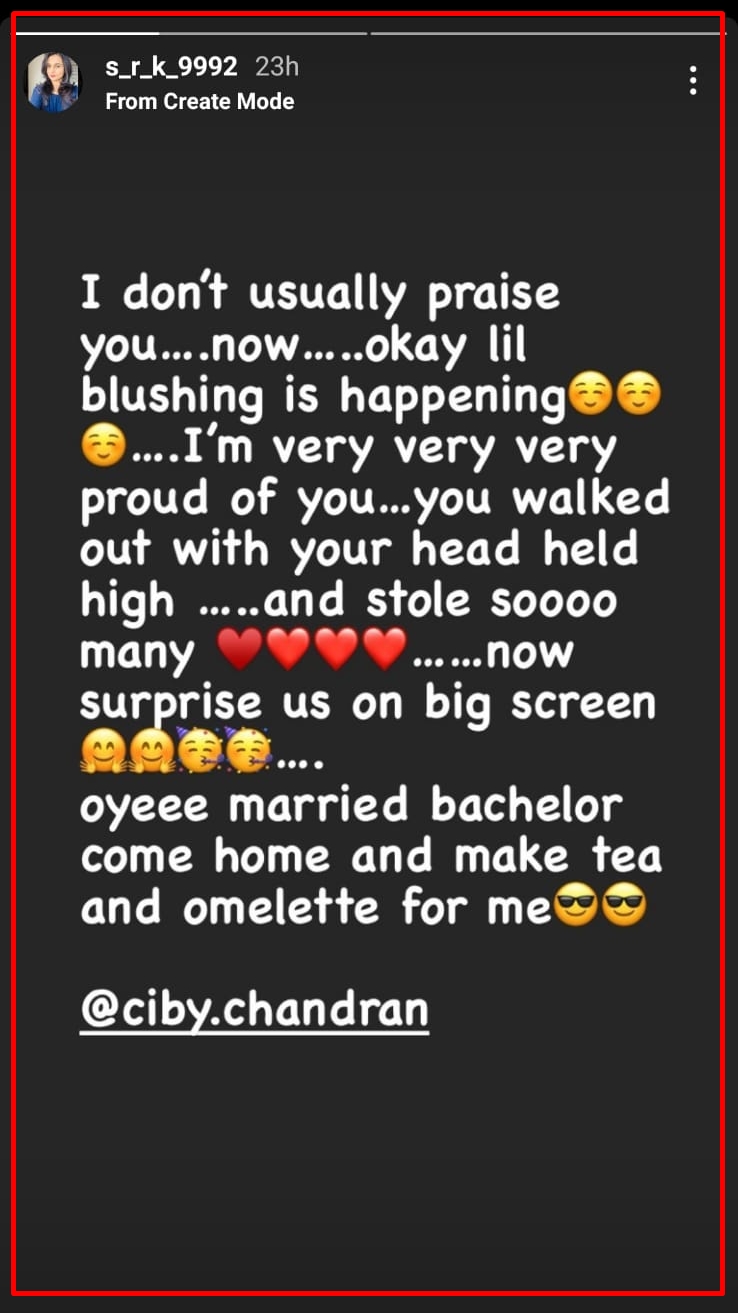 Previous articleGabriella’s Emotional Reply To Those Who Criticized Her For Venturing Into a Serial !!
Next articleThis Contestant To Get Evicted From The Bigg Boss House This Week ??

The most awaited IPL auction which was taking place in Bengaluru got interrupted after the auctioneer who was commanding the bids got collapsed and...