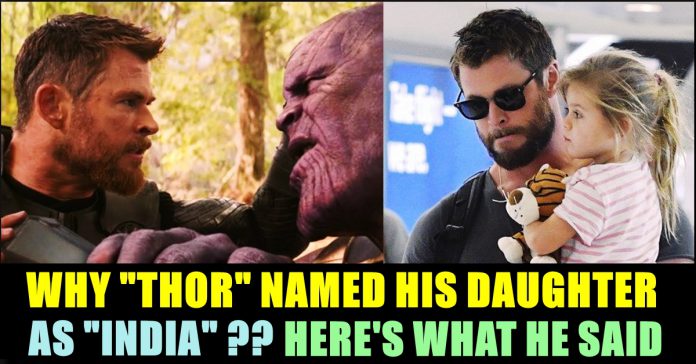 Christopher Hemsworth is an Australian actor, rose to fame among Indian audience for his role of “Thor” in the Marvel Universe. beginning with Thor (2011),he appeared in The Avengers, Thor: The Dark World, Avengers: Age of Ultron, Doctor Strange, Thor: Ragnarok, Avengers: Infinity War and Avengers: Endgame.

Thor actor Chris Hemsworth has recently revealed the reason behind naming her daughter India and credits it to his wife Elsa Pataky’s stay in the country. Hemsworth, better known as Thor, named her eldest daughter India Rose. 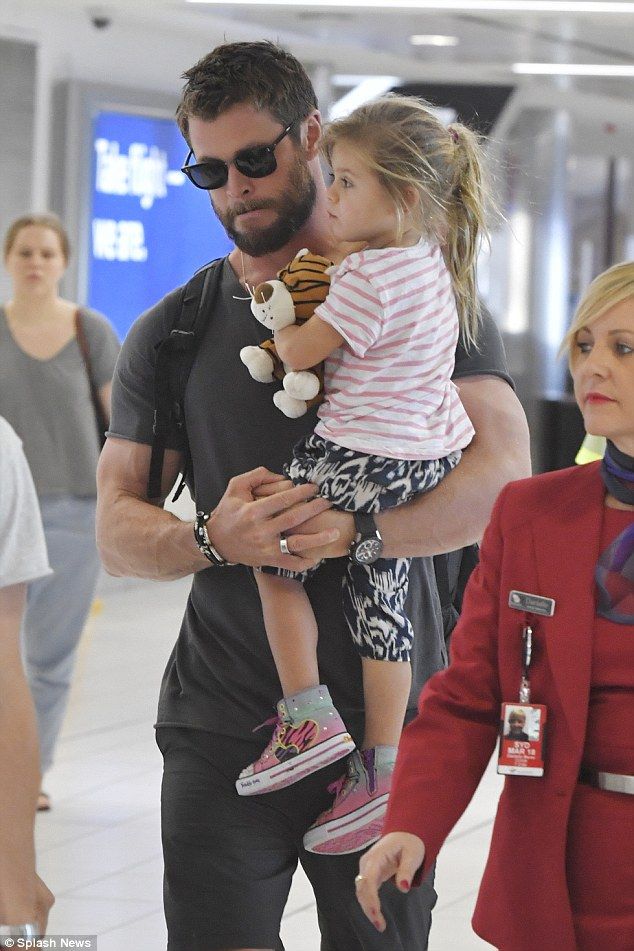 He said that the country India occupies a special place in his heart. He was recently in India shooting for a Netflix project Dhaka. Time and again he has accepted that he loves India very much and is very fascinated by its diversity. Chris and his wife Elsa Pataky hit the headlines in 2012 for naming their first born baby girl India.

In an interview to IANS, Hemsworth said “My wife (Elsa Pataky) spent lot of time in India and that was where the name originally came from,” Hemsworth told IANS during a group interview while promoting his Sony Pictures’ project Men in Black: International here.

Apart from daughter India Rose, Hemsworth shares twin sons Sasha and Tristan with Pataky. Opening up about his love for the country, the Thor star said, “I love the place and the people. Shooting there… There were thousands of people on the streets every day and I have never experienced that on set. It was sort of intimidating as it was exciting because there were so many people.”

“After every take (when the director) called ‘cut’, there was loud cheer. We felt like rock stars in a stadium. But the warmth and support we got while shooting there, no matter how disruptive we were to their daily lives, it was so good. People were so positive. I have huge appreciation to that,” he added. When he was asked about doing a Indian project, the actor said that he is talking to a few about that. “Maybe it will happen” said the actor to the media.

Apart from “Thor”, popular south african cricketer who is known as the best fielder across the world till date, Jonty Rhodes, also named his daughter as India.  “I have spent a lot of time here. What I love about India is that it’s a rich mix of culture, heritage and tradition. It is a very spiritual country, very forward-thinking nation. I really like that combination. You have to have a good balance of life.

“With the name like India, she will have the best of both worlds and that sort of balance,” Rhodes said while talking about naming his daughter as India.