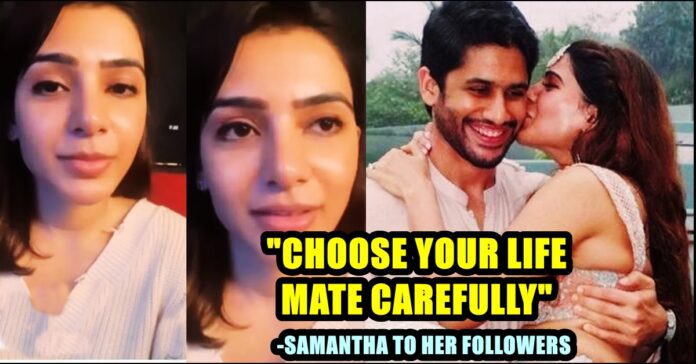 Ahead of the new year, South Indian actress Samantha shared a post in her official Instagram handle which contained a list of 50 “to-do” points in order to lead a happy life from the first day of 2022. The list also contained a point asking people to choose their life mate carefully which will bring 90% of happiness or misery in their life. It is very well known that the actress recently announced her divorce with Telugu actor Naga Chaithanya and the fact about the actress sharing a list that containing such fact is grabbing headlines in the media portals.

Actress Samantha has been going through a lot of negativity in her life ever since making a decision about her marriage life with Telugu actor Naga Chaithanya. The Tamil nadu based actress has been brushing off the toxicities she has been facing every now and then through her interviews and press releases. Now, the actress who is busy signing movies and basking in the success of her performance in “Oo antava” song, shared a post about leading a happy life by following 50 points.

In an interview with a media portal, Samantha expressed her admiration over herself for staying strong even after the divorce. The actress said that she thought she would crumble and die after the divorce but admired about the fact tthatt she is stronger than what she thought. Now, ahead of the new year, Samantha shared a post which is more like a “note to self” post that said things such as Have a firm handshake, Look people in the eye, Sing in the shower, Love and appreciate everyone around you, If you fight, hit first and hit hard, Keep the secrets, Never give up on anybody. Miracles happen every day, Always accept an outstretched hand etc.

The post also contained a point saying “Choose your life mate carefully. From this one decision will come 90% of all your happiness or misery”

Check out the series of stories shared by the actress below : 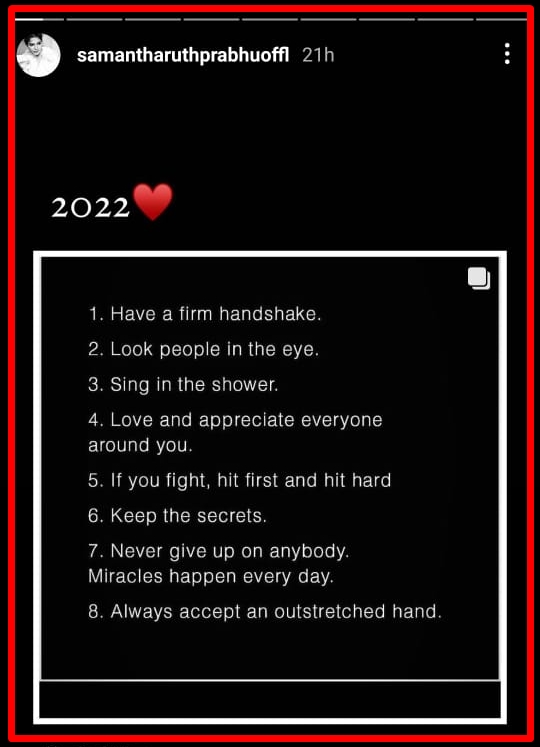 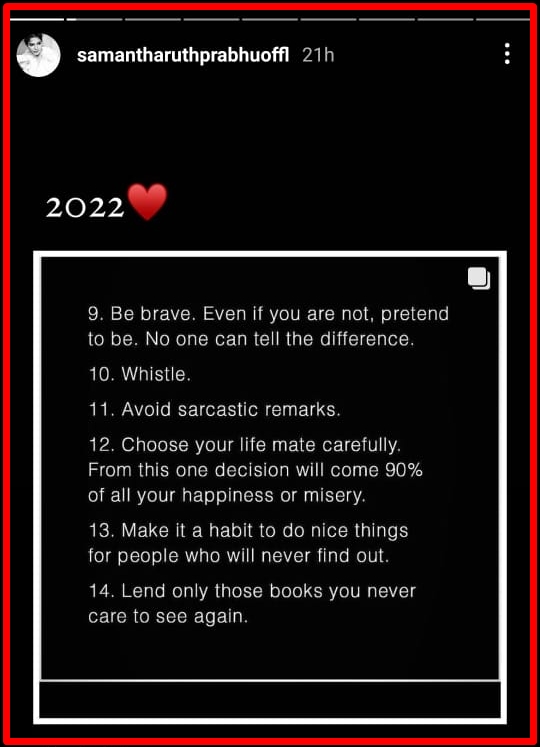 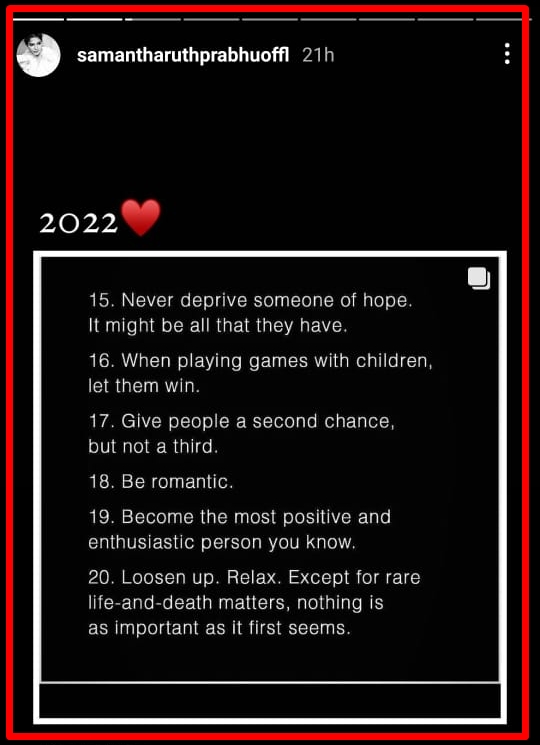 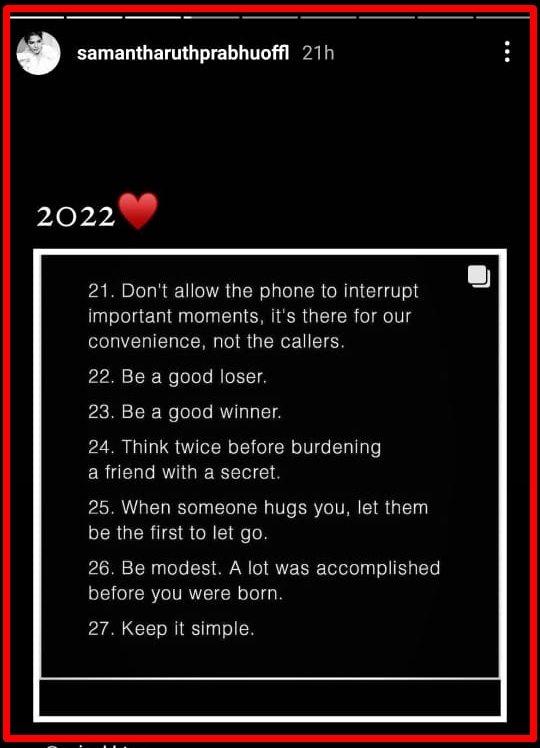 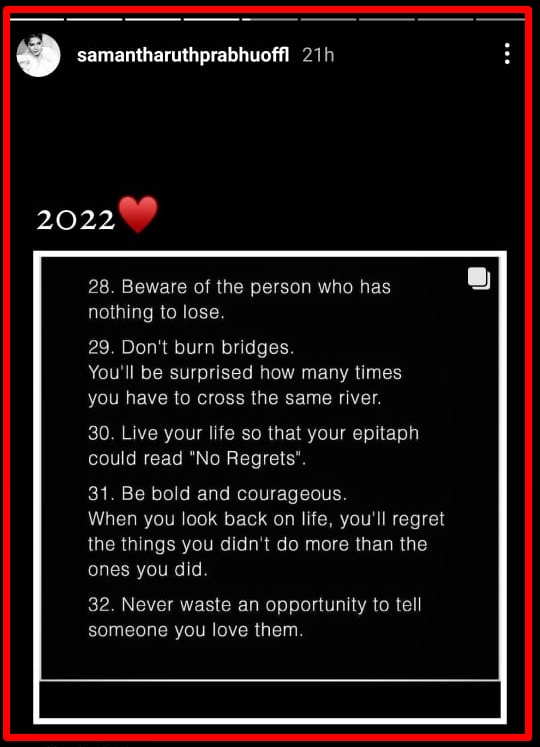 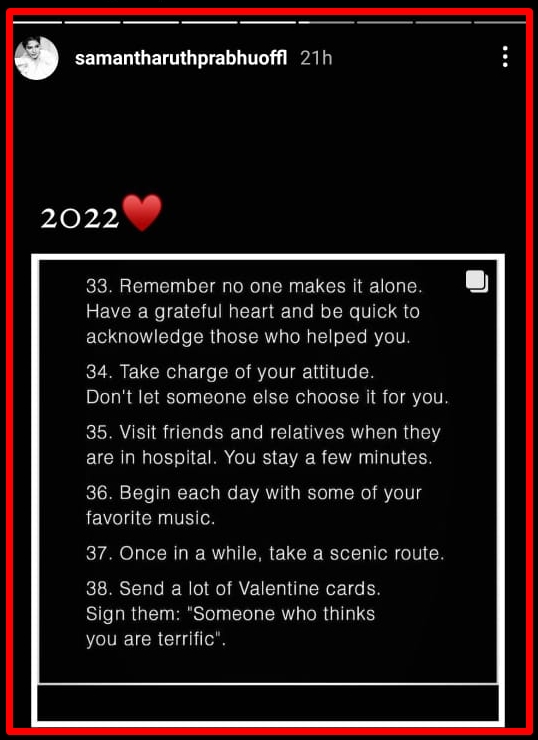 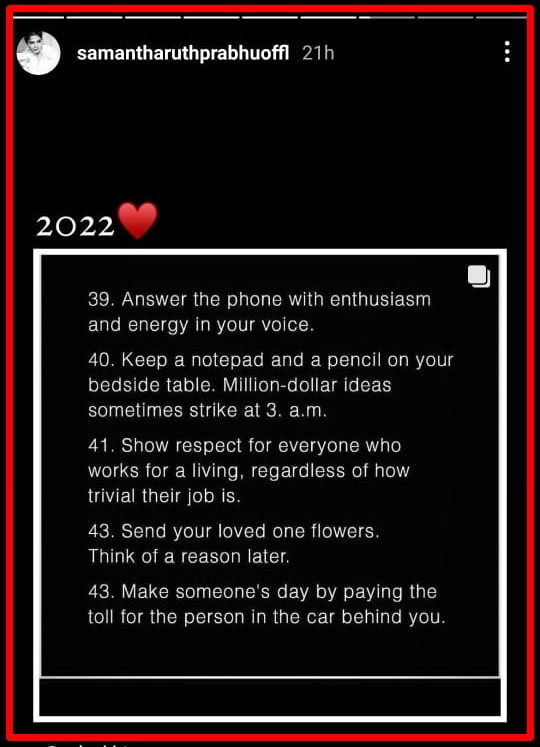 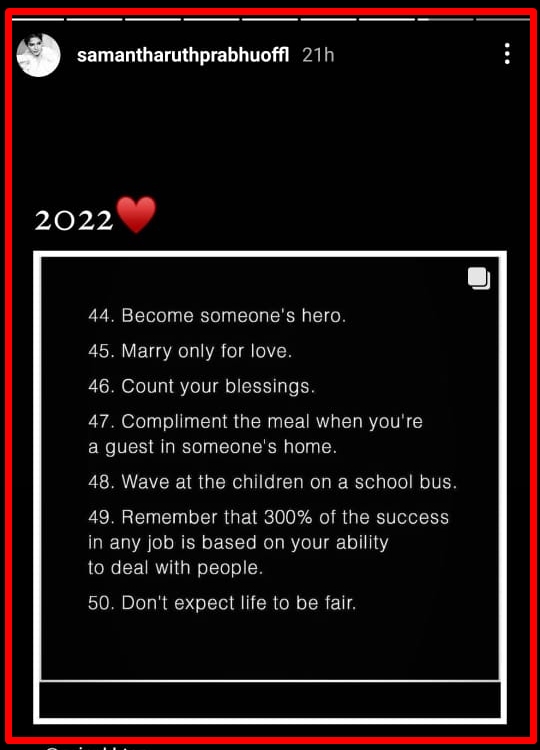