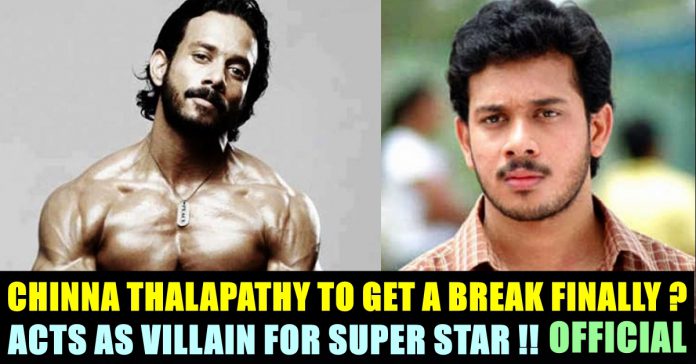 Actor Bharath who rose to fame among tamil audience for acting in films such as “Kaadhal” and “Pattiyal” is all set to make his come back in bollywood industry. Surprisingly, the actor who is desperate for a hit in Tamil cinema, is going to share screen space with the Superstar of Bollywood Cinema, Salman Khan.

Sharing a picture of himself with Salman Khan, Bharath in his official twitter account wrote “Optimism is the faith that leads to achievement. Happy and blessed to be part of #Radhe ..A dream come true to act along side the most wanted Bhai of indian cinema. Heartfelt thanks and gratitude to Prabhu master.”

Optimism is the faith that leads to achievement. Happy and blessed to be part of #Radhe ..A dream come true to act along side the most wanted Bhai of indian cinema. Heartfelt thanks and gratitude to Prabhu master. #radhee #eid2020 pic.twitter.com/TjiQzzUX6r

After Dabangg 3, which is set to release this December, Salman Khan recently announced his next action-packed film, Radhe Your Most Wanted Bhai, releasing next year on Eid. The actor will be seen depicting a “half good fully mad” man in the film.

To be bankrolled by his brother Sohail Khan under the banner of Salman Khan Films, Radhe marks the actor’s third collaboration with choreographer and filmmaker Prabhudheva. Sify movies has reported that the actor is going to be the antagonist of the film, tweet of which was shared by the Bharath himself. Bharath earlier played the role of an antagonist in Chellame which was actor Vishal’s debut movie.

Unfortunately Bharath’s both the releases of this year failed to make an impact in box office. Bharath made his acting debut in the 2003 Tamil film Boys directed by S. Shankar, in which he played the guitarist of a boy band. He played his first main lead role in Balaji Sakthivel’s Tamil romantic-drama film Kaadhal that featured him as a poor mechanic who falls in love and elopes with a wealthy twelfth-standard student.

What do you think on Bharath acting along with Salman Khan ?? Comment your views below !!

Previous articlePopular Actress Facing The Wrath Of Public For Cursing A Child !! WATCH !!
Next articleKamal Talks About Vijay Becoming The Chief Minister Of Tamilnadu !! WATCH VIDEO !!

Sehwag Opened On Buying Natarajan For A Huge Price For The First Time !!