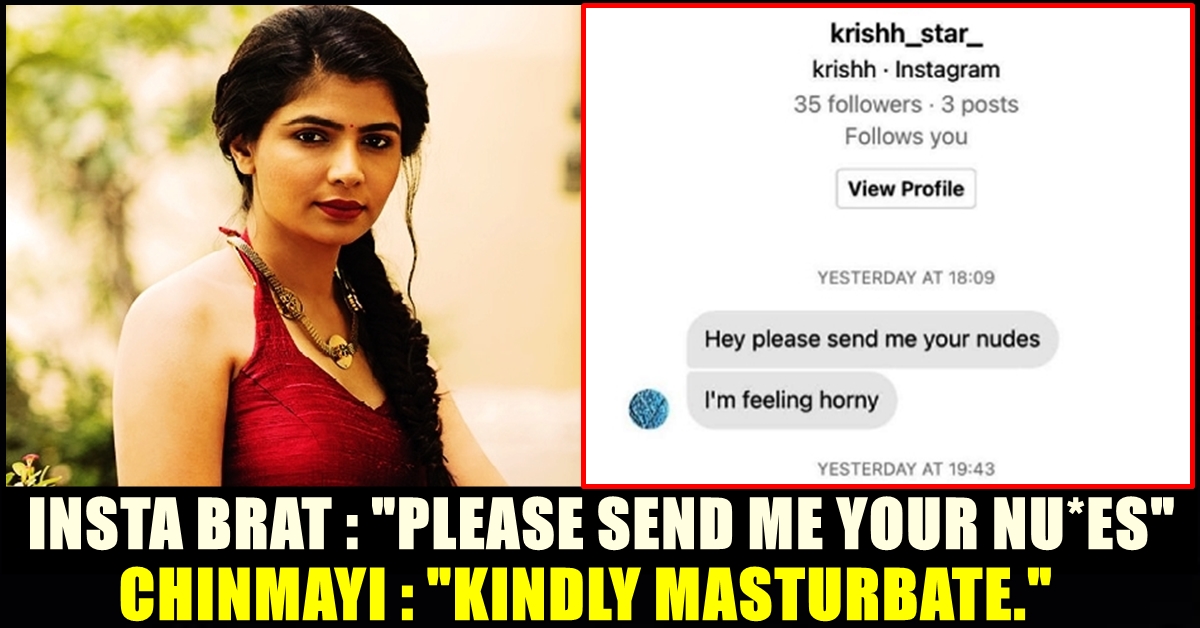 Singer and voice artist Chinmayi who is known for her raising voice against women harassment through “MeToo” movement, has been exposing the online perverts who send inappropriate texts to her in social media platforms. After accusing lyricist Vairamuthu by alleging that she was asked to “cooperate” by him, Chinmayi became one of the most active personality in South Indian social media and helped women in calling out sexual predators. She has been sharing the anonymous messages that were sent to her on how men are involved in harassing women mentally and physically.

Adding the screen shot, Chinmayi who believed that the Instagram user is a “kid”, blamed the bad parenting. She said that he was badly raised and wouldn’t be sending such messages to him, if his parents gave him the sex education. She advised the parents to educate their kids about sex which will help them to identify the good touch and bad touch.

“It is just chemistry and biology. If you could learn about root systems, stems and leaves and chlorophyll and pollination, you can learn this as well as clinically and simply. This is a country where woman think wearing a sanitary napkin (YES! I got this DM) or riding a bike will ruin their ‘virginity’. Please grow up” she wrote and sarcastcally appreciated the kid for being respectful in her DM.

“We Have Not Issued Any Privacy Complaints” – Archana Clarified After Sharing The Screen shots Of Abusive Texts Of Followers
Fans Slammed Politicians & Actors After Seeing This Gesture Of Sonu Sood !!