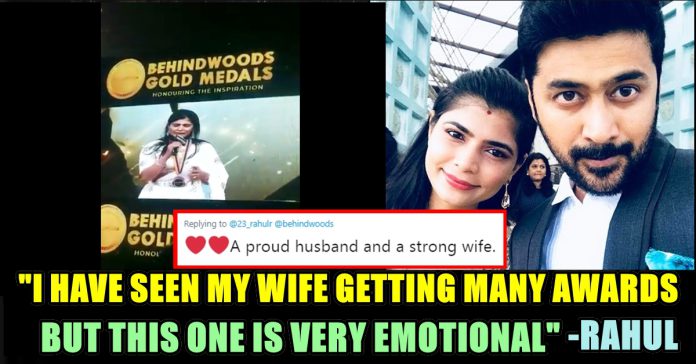 The 6th Behindwoods Gold Medal Awards 2018 – The Icon’s Edition was held at the Chennai Trade Center on Sunday. Various celebrities from film and television industries participated. The show was hosted by VJ Rio and RJ Vigneshkanth.

Awards in many categories were presented  in the ceremony including Best Production house which was grabbed by Pa.Ranjith. The best voice of the year female category was presented to singer Chinmayi for the film 96 in which she lent her voice for both songs and the voice of heroine.

Big day for #team96
Thanks for the recognition @behindwoods pic.twitter.com/JbxLgf6btC

Chinmayi is someone in the industry who went through a hard time due to so many issues. Being a main face of south India in initiating MeToo movement, Chinmayi went through a revolution. She recently announced that her membership from the Tamil dubbing union has been terminated. The union’s harsh move against her is widely perceived as a backlash for speaking out against powerful men in the industry. 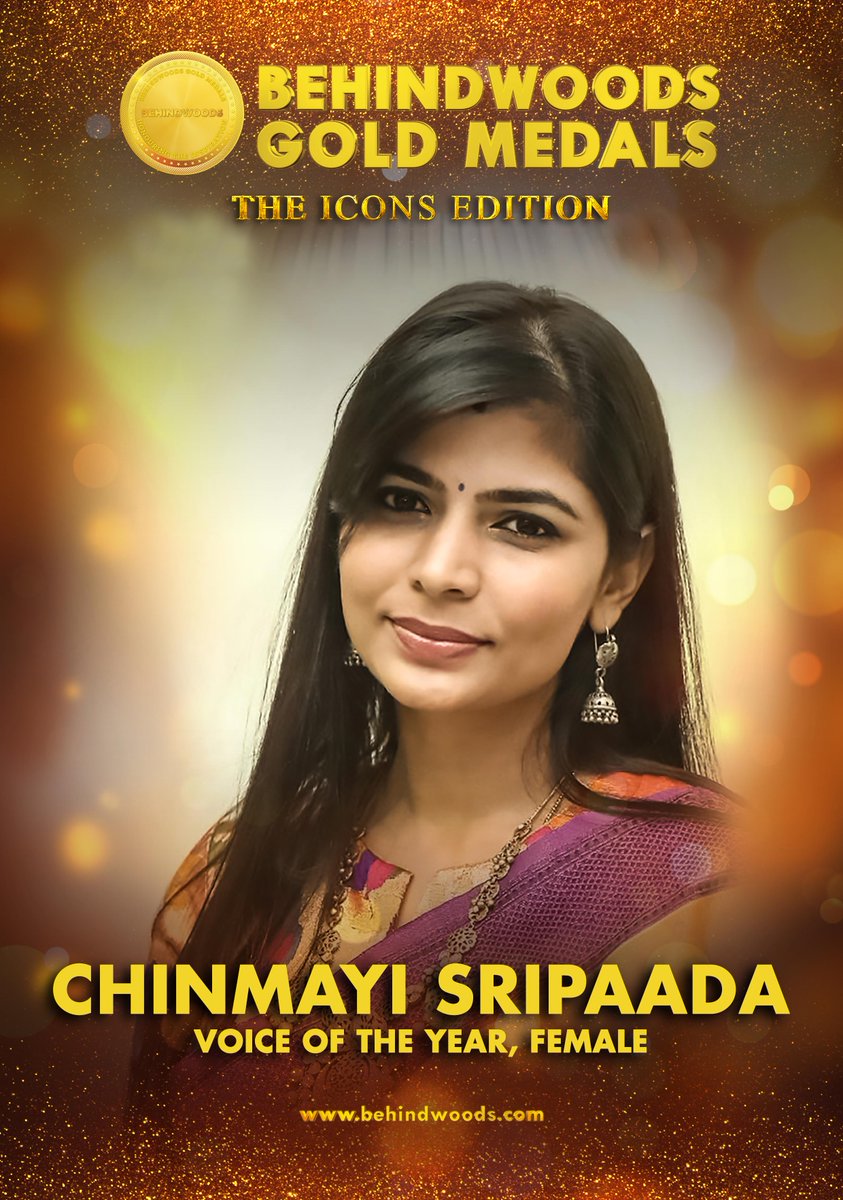 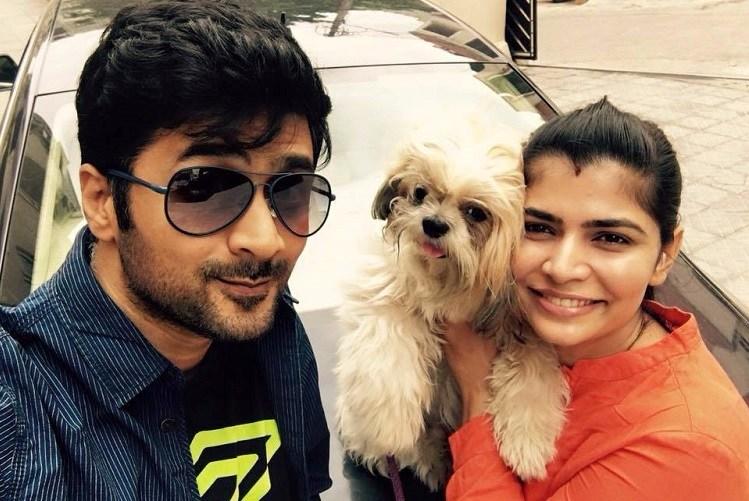 Chinmayi is an acclaimed dubbing artist and has given the voice for actors Samantha Akkineni and Trisha in many movies. One of the most trending news in recent times online has been the #MeToo movement headed in Tamil Nadu by singer Chinmayi Sripaada. Allegations and reports have been spinning viral all over the internet for the past few days.

At one point Chinmayi stopped talking about the issue and started to concentrate on her career. This award from Behindwoods must have made her very happy.

On receiving the award Chinmayi said “”It is a huge thing to work in a film like 96. Every time I listen to the violin part in 96 it does something to my heart. I believe that the magic of 96 is because of Govind Vasantha.” The first person in the world who is really happy is her husband Rahul ravindran. Being an excellent support for her during the me too issue Rahul once said “no trolls can stop him from supporting his wife who is looking for a change in the society.”

Now after this award overwhelmed Rahul took twitter to express his emotions. He wrote “I’ve seen my wife win plenty of awards… but none made me more emotional than this one. Because the film is special… the songs are special… but most importantly, the timing is very special… it tells me talent and honesty still mean everything. Thank you”

I’ve seen my wife win plenty of awards… but none made me more emotional than this one. Because the film is special… the songs are special… but most importantly, the timing is very special… it tells me talent and honesty still mean everything. Thank you @behindwoods ❤️ pic.twitter.com/wztfS3Uhet

Yes she deserves every bit of applause…The best is yet to come..@Chinmayi

You guys are made for each other

The film and songs are favourite for most of us. #96TheMovie ❤️❤️

Really a best husband a woman cvan get ain’t he ?/ Comment your views !!

Previous articleAmala Paul’s “Iconic Hollywood Dream Shot” Went Completely Wrong !! Check Out
Next articleTo Help Her Boyfriend In Career, This Girl Staged A Robbery In Her Own House !! BIZARRE !!

A Bollywood Fan Can’t Even Able To Differentiate Between Siddharth & Siddharth Malhothra !! Siddharth Handled Him In A Perfect Way !!