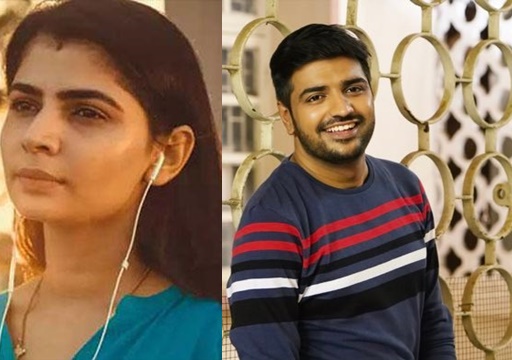 Chinmayi Called Out Sathish For His Inappropriate Comment On Dharsha Gupta’s Dress!!

Comparing her dress with Bollywood actress Sunny Leone, Sathish made the comment, thinking that it is humorous but it didn’t go well among the public.

“Oh My Ghost” is an upcoming Tamil movie that stars Sunny Leone, Dharsha Gupta, Yogi Babu, Ramesh Tilak, Sathish and GP Muthu in the pivotal roles. The film’s audio launch took place in a grand manner recently with the presence of the film’s cast and crew. GP Muthu’s speech and Sunny Leone’s arrival from North acted as the main attraction of the event.

However, a particular clip that shows actor Sathish making a comment on “Cooku with Comali” game Dharsha Gupta’s clothes made many users of online platforms to express their displeasure. The actor was heard saying that Sunny Leone who comes from Bollywood was wearing ethnic attire but Dharsha Gupta from Coimbatore is dressed in another way.

While many users were expressing their displeasure over the actor’s comment, questioning why he didn’t wear dress, according to our culture. Singer Chinmayi shared the video and expresses similar emotion.

“I mean – To actually *point* at a woman and ask for mass heckling of a crowd by a man on a woman who doesn’t dress according to culture. When will this behaviour from men stop? Its not funny” Chinmayi’s tweet read.

I mean – To actually *point* at a woman and ask for mass heckling of a crowd by a man on a woman who doesn’t dress according to culture.

When will this behaviour from men stop?

Here’s some of the reactions it received :

I always find Satish, who is totally non talented as a comedian, make these creepy comments about women. He and Partheeban are cringe to the max

This guys is disgusting ! I believe he was the same guy when TR was insulting Sai Dhansika on stage, he was having a nice laugh!

it is not to humiliate her but to denounce this behavior of lowliness of some men towards her. Even if she wants to get rid of her past, there are always those who will reduce her to this label

As if these ppl are taking or acting movie according to culture…Worst behaviour of Satish…Before asking he should see his own dress, is that culture?